#NextGenATP American Frances Tiafoe is into the fourth round of a Grand Slam for the first time.

Tiafoe Lives For The Biggest Moment

One of the greatest difficulties for younger players is acclimatising to the big stage at the most important tournaments. Whether it’s a Grand Slam or an ATP Masters 1000 event, the pressure inevitably grows. It may take time for even the brightest talents to get used to that.

But not Frances Tiafoe. The American lives for that pressure. And Tiafoe showed that in his come-from-behind win against Italian veteran Andreas Seppi on Friday at the Australian Open, defeating the former World No. 18 in five sets to reach the fourth round.

You May Also Like: Tiafoe Breaks New Ground, Dimitrov Moves On In Melbourne

“I feel like I have a chance against anyone when I step on the court. I love playing in big stages. I always play well,” Tiafoe said. “Whether or not I get the win or not, it's irrelevant. I always play a good match. I usually put myself in a position to win the match. Lately, I have been doing it since last year. Now I just kind of thrive for those moments, I want those moments.”

Tiafoe was down two sets to one against Seppi, and serving at 5-4 in the fourth set when he faced three consecutive break points. A wily veteran like Seppi could have broken right then and used the momentum to sprint to a four-set victory. But Tiafoe buckled down and battled through to earn the biggest result at a major in his career.

“That was a huge turning point for me. He breaks there, he can say he wins the match. That was a huge hold for me to extend the match,” Tiafoe said. “He makes you play a ton of balls. He's so solid. He's one hell of a player.”

The easy question is, how was Tiafoe able to maintain his composure and weave his way through that tough spot. How was he able to come from a set-and-a-break down against an in-form Kevin Anderson in the second round?

Tiafoe isn’t worrying about the pressure. He is embracing it. And you can see his passion during every match, letting out primal roars when winning big points, using fist pumps galore to stay positive while in tough spots. This is what Tiafoe loves to do.

Tiafoe is also garnering attention for his enthusiastic celebrations after his victories at Melbourne Park. In the past two rounds, the American has replicated celebrations made famous by basketball superstar LeBron James. The locker room is noticing, too, with Italian Fabio Fognini even giving him props. 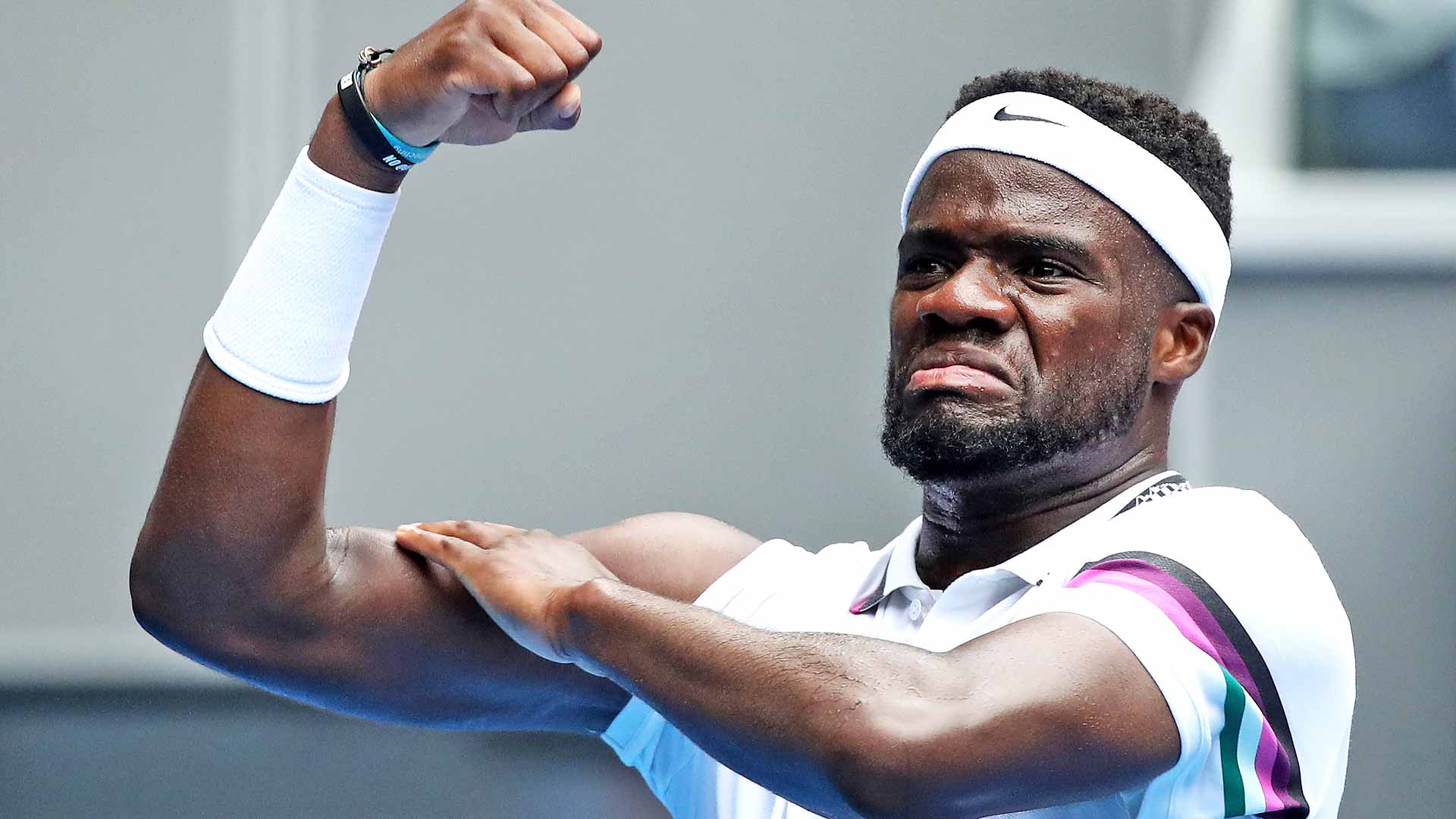 “Guys are loving it,” Tiafoe said. “[It’ll] be interesting to see if guys want to try them. Just try to bring something in tennis. Obviously you guys know I'm a big basketball fan. Love the team celebrations. If I get a chance to do it on a big court, big situation, you’ve got to bring it up. It's not pre-meditated. I don't know what celebration I'm going to do. I got a lot of them that I know.”

There will certainly be something special in store should Tiafoe battle past 2017 Nitto ATP Finals champion Grigor Dimitrov in the fourth round. Last year, in their only previous FedEx ATP Head2Head meeting, Dimitrov needed a third-set tie-break to beat Tiafoe at the Rogers Cup.

“It should be good. We're good friends,” Tiafoe said. “He's going to come out obviously just competing like crazy. So am I. It's a big match to get to the final eight. Obviously, he made the final eight last year, so he wants to get back there, start the year off well, get back to where he deserves to be, which is Top 5, in my opinion.”

The 2018 Delray Beach Open titlist isn’t fazed by that, though. In Tiafoe’s mind, this is his moment to shine.