Breakthrough | Tiafoe On '18 Delray Beach Title: 'I Had No Expectations At All'

Andrew Eichenholz
This article contains:
American reflects on his dream run in Florida

Editor's Note: ATPTour.com is resurfacing features to bring fans closer to their favourite players during the current suspension in tournament play. This story was originally published on 18 February 2019.

Entering the 2018 Delray Beach Open, Frances Tiafoe was No. 91 in the ATP Rankings. The American had made just one tour-level quarter-final, which came the previous week at the inaugural New York Open.

“I had no expectations at all,” Tiafoe said.

In the first round, Tiafoe faced Matthew Ebden, who defeated the American with the loss of just five games the month before. But the American hung tough after losing the second set against the Aussie to reach the second round in Delray Beach.

Next up was a daunting task: Tiafoe’s childhood idol and 2011 champion Juan Martin del Potro. The Argentine had won both of their previous FedEx ATP Head2Head meetings, including a straight-sets victory at the Australian Open just weeks before.

But Tiafoe summoned some of his best tennis, converting on his fourth match point to defeat Del Potro after two hours and 27 minutes in a three-set thriller. It was just his second victory against a Top 10 opponent.

“I was cool with the tournament after I beat Delpo, honestly. Could have lost in the next round and I really wouldn’t have cared,” Tiafoe said.

Perhaps more impressively, Tiafoe earned the respect of his idol, Del Potro. The ‘Tower of Tandil’ would go on to claim his first ATP Masters 1000 title at the BNP Paribas Open and climb to a career-best World No. 3 in August, so it took a lot for Tiafoe to beat him.

“Frances has everything to be in the top positions very soon. He has talent, the power to play long matches. [He has] the smart things to be playing in front of the top guys, also. I like to see him enjoying this sport,” Del Potro said on Monday. “I know he has a little bit of pressure on his back because the whole country is expecting too much of him. But he’s going to be a better player in a very short period because he’s already a good player for us and I would love to watch him playing finals and winning tournaments.”

“That was great,” Tiafoe said upon hearing of Del Potro’s encouraging words. “It’s still funny hitting with him and spending time with him. It’s good to see him back. He’s such a nice guy and anything he says, even saying hi to me, means a lot to me. I’m a huge fan.”

The tough part for Tiafoe was that, at that point, he was only in the quarter-finals. In the next two rounds, Tiafoe had to play then-reigning Next Gen ATP Finals champion Hyeon Chung and #NextGenATP Canadian Denis Shapovalov, both of whom were inside the World’s Top 50. What made it tougher was that due to rain on Friday evening, Tiafoe had to complete his quarter-final triumph against Chung on Saturday before returning later in the day to face Shapovalov.

“We were just taking it one step at a time and doing the best we could every day,” said Tiafoe’s coach, Zack Evenden. “We did a great job of that and it was a fairytale week.”

Tiafoe went on to beat German Peter Gojowczyk to lift his maiden ATP Tour title, becoming the youngest American to claim a tour-level trophy since a 19-year-old Andy Roddick at 2002 Houston. Tiafoe struck an ace down the T on championship point, then fell to his back in celebration. 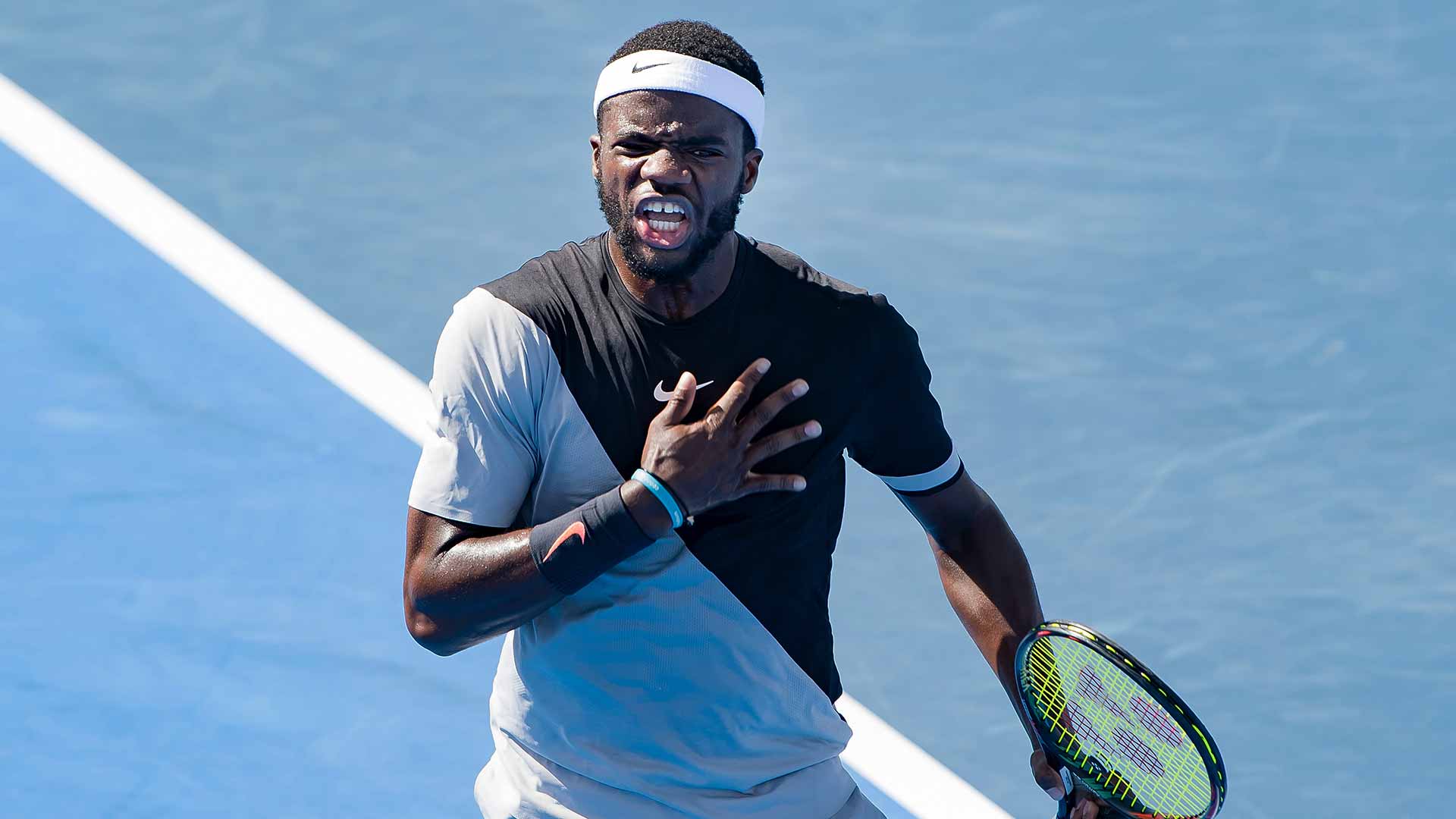 “Complete relief, joy. That feeling, we’ve spoken about that a lot and that feeling, it’s going to be tough to replicate that. We didn’t expect it,” Evenden said. “We knew he was capable of big things, but him turning around the year that quick and in that fashion, beating the players he did that week, it was definitely overwhelming.”

“To win the event was pretty cool," Tiafoe said. "I’m happy to have my first title here in South Florida where I spend so much time. Hopefully I can do it again.”

While Tiafoe was just inside the Top 100 when he arrived at Delray Beach last year, his return this season is a different story. Not only did he qualify for the 2018 Next Gen ATP Finals in Milan, but he is at a career-high No. 29 in the ATP Rankings, fresh off his first Grand Slam quarter-final at the Australian Open. Tiafoe opens his title defence against Daniel Evans.

“I don’t feel any pressure this year, either. It’s kind of just another event I want to do well in. That’s where my head is right now. Obviously I gave myself a pretty good start [to the year], so there’s no real pressure,” Tiafoe said. “I’m just trying to get some momentum going for these next couple of weeks.”