Yannick Hanfmann secures his spot in the Todi semi-finals.

Players returning to action at this week's ATP Challenger Tour event in Todi, Italy, understand that it's taken a team effort to make this all come together.

Operating a professional tournament amid a global pandemic is no simple task. From establishing protocols and policies to make everyone feel safe and secure, while maintaining world-class Italian hospitality, credit goes to the organisers for making this a possibility.

With frequent temperature checks, mask wearing enforced throughout the grounds and social distancing in effect, players have shown their appreciation for the tournament's efforts. After booking his spot in Saturday's semi-finals, Yannick Hanfmann had nothing but praise for the 12th edition of the Internazionali di Tennis Citta di Todi.

"I think that for the first tournament of the ATP Challenger Tour restart, you guys are doing a fantastic job," Hanfmann exclaimed. "Everybody feels pretty safe here. All the players are following the protocols and we're just lucky that it's possible to play here with all the rules in place."

Doubles finalist Andrey Golubev added: "We're all excited to be back on the court and I'm very thankful for the organization of these Challengers. We know that organizing these events is the hardest part and especially with these protocols, everyone needs to be careful. Hopefully it will be better and better in the coming weeks."

Hanfmann defeated second seed and former World No. 16 Marco Cecchinato 6-4, 6-4 to reach his second semi-final of the season. He will face the last remaining Italian hope, Gian Marco Moroni, on Saturday. Moroni overcame Cedrik-Marcel Stebe 2-6, 7-5, 6-3 later in the day.

"He was the second seed and playing at home in Italy, so I expected to be the underdog," added Hanfmann. "The conditions today were very hot, so my serve was going to have a good effect. I know that he struggles a bit on the backhand side, so I just tried to convert as much as I can from my serve and play really aggressive. I think that worked today."

In the other semi-final, Spain's Bernabe Zapata Miralles will square off against Antoine Hoang of France. Zapata Miralles advanced when Facundo Bagnis was forced to retire due to a leg injury, while Hoang prevailed 7-5, 4-6, 6-4 over third seed Federico Gaio. 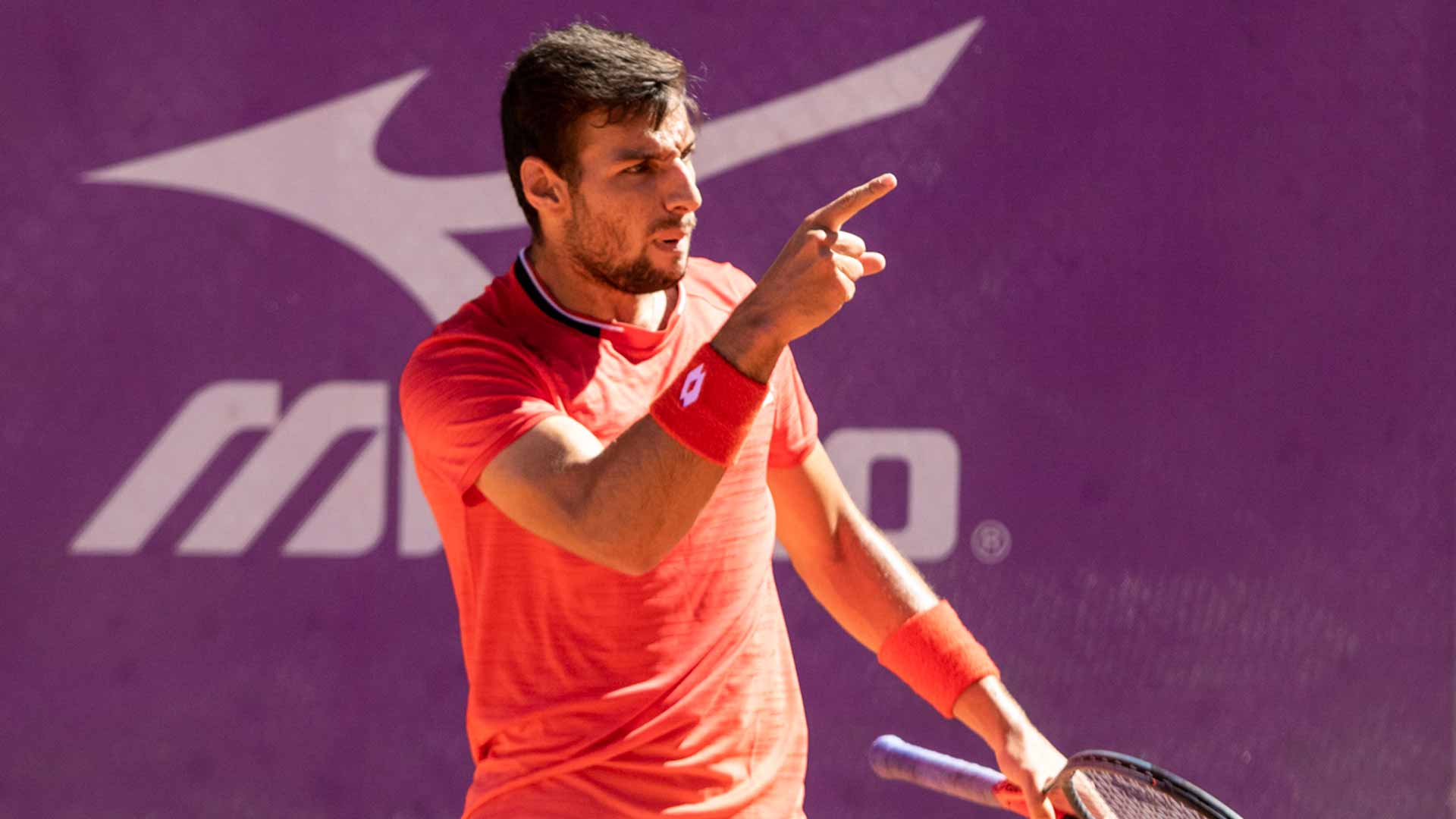 "It was a really tough match and a really tough week, winning in the third set in each match," said Hoang. "I'm really happy to win in the end. Today, I was 4-2 down and I fought and found a way to win. It's really satisfying. I kept a good mindset to fight until the end."