Jason Kubler completes a mammoth climb to the Top 100 of the ATP Rankings, soaring more than 800 spots in one year.

Josh Meiseles
This article contains:
Aussie set for US Open debut after breaking into the Top 100

It was a scorching late-summer afternoon in New York. The sun set the the USTA Billie Jean King National Tennis Center ablaze, as players continued their final preparations for the 2018 US Open.

In other words, it was your typical Friday at Flushing Meadows. But, on that day, nothing was ordinary for Jason Kubler.

Three years after making his lone qualifying bid at the hard-court Grand Slam, the 25-year-old Aussie stood inside the gates with his first main draw credential in hand. How did Kubler go from not being able to stand on a hard court to playing in the US Open as a Top 100 player? Not even he knows.

Exactly one year ago, Kubler was outside the Top 900 of the ATP Rankings. Any thoughts of competing here were so distant, they were barely a dream. At the time, the Brisbane native was recovering from a debilitating shoulder injury, the latest setback in his long road to recovery.

But now, he is a Top 100 player for the first time, up to a career-high No. 98. That's an 841-spot surge in a span of just one year. For perspective, last year, the biggest boost to the Top 100 was 619 spots by fellow Aussie Matthew Ebden. Literally off the charts.

"The whole year has been full of surprises," Kubler told ATPWorldTour.com prior to his US Open debut. "This is my first full season playing on all surfaces. Last year, imagine someone saying that I would get a wild card into the Aussie Open. And then they say that I would qualify for Wimbledon. And even after that, I'd get a wild card into the US Open and then I'd be Top 100. It's just crazy."

With the US Open not even one day old, the tournament already has its feel-good, compelling narrative. A former junior No. 1 whose career was derailed due to a hereditary knee condition that results in weakened meniscus, Kubler was forced to compete exclusively on clay for many years. But, fully healthy, he has finally made the transition to hard courts and the results have been nothing short of extraordinary.

Behind a pair of ATP Challenger Tour titles on home soil in Traralgon and Playford, both as a qualifier, Kubler opened his hard-court career with a 17-1 mark as the 2018 season got underway. With his victory in Playford, he became the first qualifier to win a title without dropping a set in nine years. And thus far, he is the match wins leader in 2018 at 35-14. Moreover, his wins total on clay: zero. From exclusively competing on the dirt to an unstoppable force on hard, not even Kubler has an explanation for his abrupt change in fortune.

You May Also Like: Impossible No More: Kubler Makes Hard-Court Breakthrough

"Traralgon was cool because that was originally where I hurt my knee. That was 10 years ago. Now, 10 years later, I won the title. That was really cool. Then, to win two more titles in Playford and Winnipeg (Canada), there are no words.

"When I was younger, I'd literally touch a hard court and my knee would swell up. Now, I don't know what's happening or why it's happening, but all is fine. I haven't even gotten any points on clay in more than a year. I've played three tournaments this year and I haven't won a match." 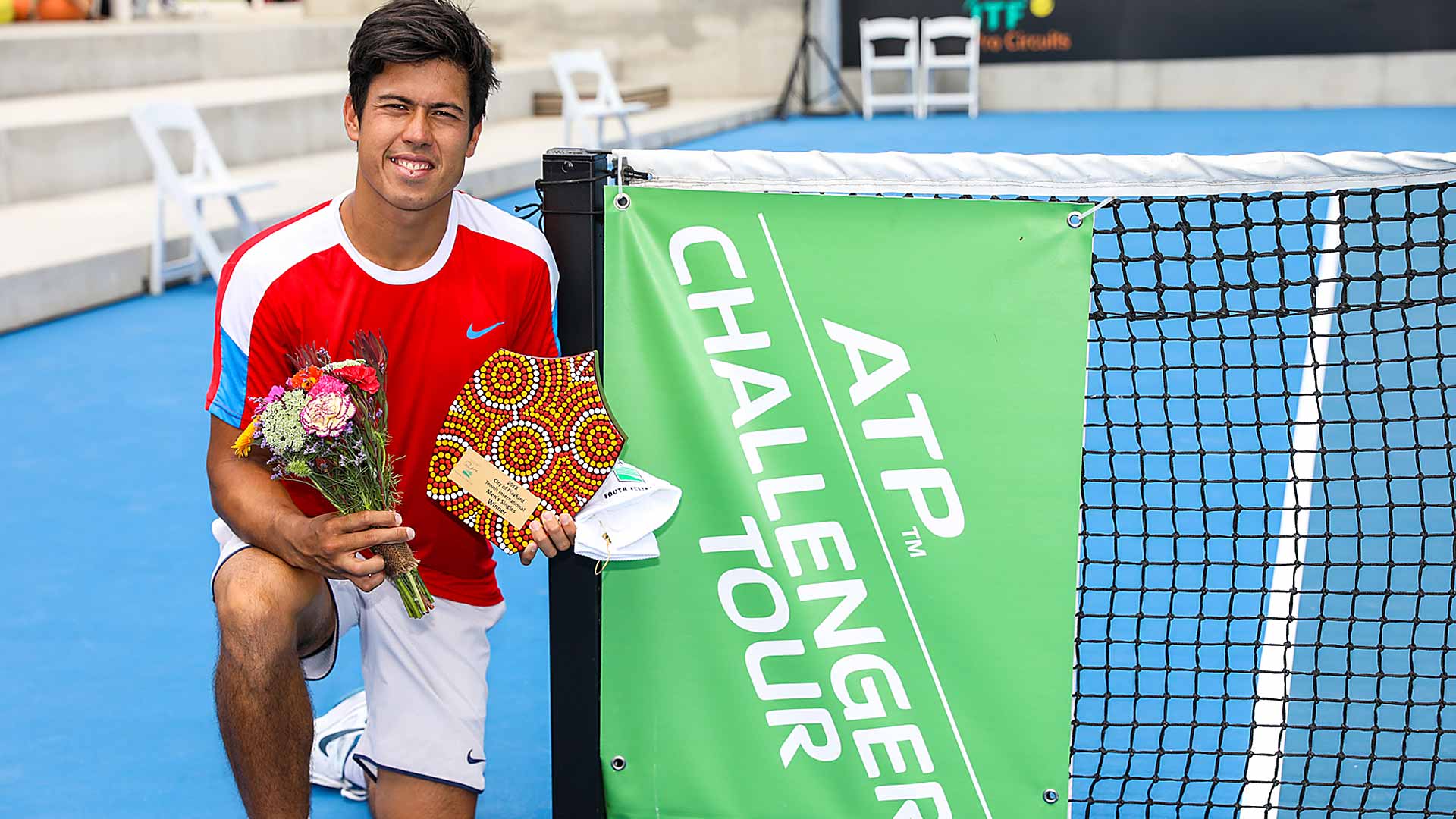 As for the Top 100 breakthrough itself, the Aussie describes it as a stressful week at the Odlum Brown VanOpen in Vancouver earlier this month. He would reach his third final of the season, saving a match point to defeat Gregoire Barrere 4-6, 7-6(6), 6-2. With Stan Wawrinka concurrently falling to Roger Federer in the Western & Southern Open quarter-finals, the win officially sealed Kubler's Top 100 fate.

"I actually thought my quarter-final against JC Aragone was going to put me into the Top 100. That's what some of the Aussie guys were saying. I woke up a bit stressed that day. I remember I was getting cranky. But then I won the match and I found out I was No. 101, because Wawrinka made quarters in Cincy. And Ilya Ivashka was still in the tournament in Vancouver. If Wawrinka beats Federer and Ivashka stays in the tournament, I was thinking that I would have to win the title.

"But after I had so much stress in that match, I was thinking that I just had to play my game against Barrere. I didn't think about it. I worked myself up so much with that Aragone match. And now I can say that when I got into the Top 100, I saved a match point to do it."

Eight years removed from his tour-level debut at the 2010 Australian Open (l. to Ljubicic), Kubler enters Flushing Meadows in search of his first Grand Slam win. He opens against 19th seed Roberto Bautista Agut on Monday, second on Court 7.

It will be his first match as a Top 100 player and one that the Aussie is relishing more than any other.

"I'm excited for this. I haven't played Bautista Agut, but I'll talk to Jordan Thompson because he did. And I'll ask some of the Aussie coaches. I'm just excited to play best-of-five matches. I did it for the first time in ages in Australia and then at Wimbledon. I've played enough where I'm thinking that it's not brand new to me. At this point, everything is a bonus. I never expected to be where I am and I'm just going to enjoy it."