In the ATP 250 category, the Swiss Open Gstaad owns two ATP Tournament of the Year awards.

Gstaad: Where Federer Has Collected More Than Trophies

Learn more about the Swiss Open Gstaad, an ATP 250 event

The Swiss Open Gstaad, founded in 1915, is one of three Swiss events on the ATP Tour calendar.

A Talented Honour Roll
Situated near the mountains of the Swiss Alps, the Swiss Open Gstaad is home to one of the most picturesque backdrops of any tournament on the ATP Tour calendar. The Swiss event, a two-time ATP 250 Tournament of the Year, also boasts an impressive list of former champions.

David Rikl owns a record four doubles trophies, leading a strong tradition of Czech doubles champions in Gstaad. Sixteen editions of the doubles tournament have featured a Czech champion, including a consistent period of success between 1996 and 2008 when only two winning doubles teams did not feature a Czech player.

Federer’s Cows
Following his maiden Grand Slam title run at Wimbledon in 2003, Federer quickly returned to Switzerland to compete in Gstaad the following week. In a special on-court ceremony to mark his Wimbledon victory, the Swiss was presented with a cow.

Federer fell to a five-set defeat against Jiri Novak in the final that year, but 12 months later he claimed the trophy. When the Basel native returned to the event after a nine-year absence in 2013, he was once again gifted a cow on court.

Berrettini’s Breakthrough
When Matteo Berrettini arrived in Gstaad in 2018, the Italian had never reached a tour-level quarter-final or won an ATP Tour doubles match. But that didn’t stop the Italian from winning nine matches across singles and doubles to take home both trophies.

Then World No. 84, the Italian defeated three consecutive seeded players to take the singles title without dropping a set. Following his singles final win against Roberto Bautista Agut, the 22-year-old returned to the court later in the day to clinch the doubles trophy alongside Daniele Bracciali.

“[Gstaad was an] unbelievable week. I won singles and doubles there and I had never won an ATP Tour doubles match, so it was all in a rush. I will never forget that week,” said Berrettini.

Thiem’s Triumphant Return
One year after a straight-sets loss to Viktor Troicki on his tournament debut, Dominic Thiem returned to Gstaad in 2015 in peak form. The Austrian made a quick journey from Umag, where he had just lifted his second ATP Tour title, to make his second straight appearance at the Swiss ATP 250.

Following a straight-sets win against Federico Delbonis, Thiem battled past Spaniards Pablo Carreno Busta and Feliciano Lopez to reach his second final in as many weeks. In a repeat of the 2014 Kitzbühel final, Thiem gained revenge against David Goffin to lift his third tour-level crown of the year after 86 minutes. 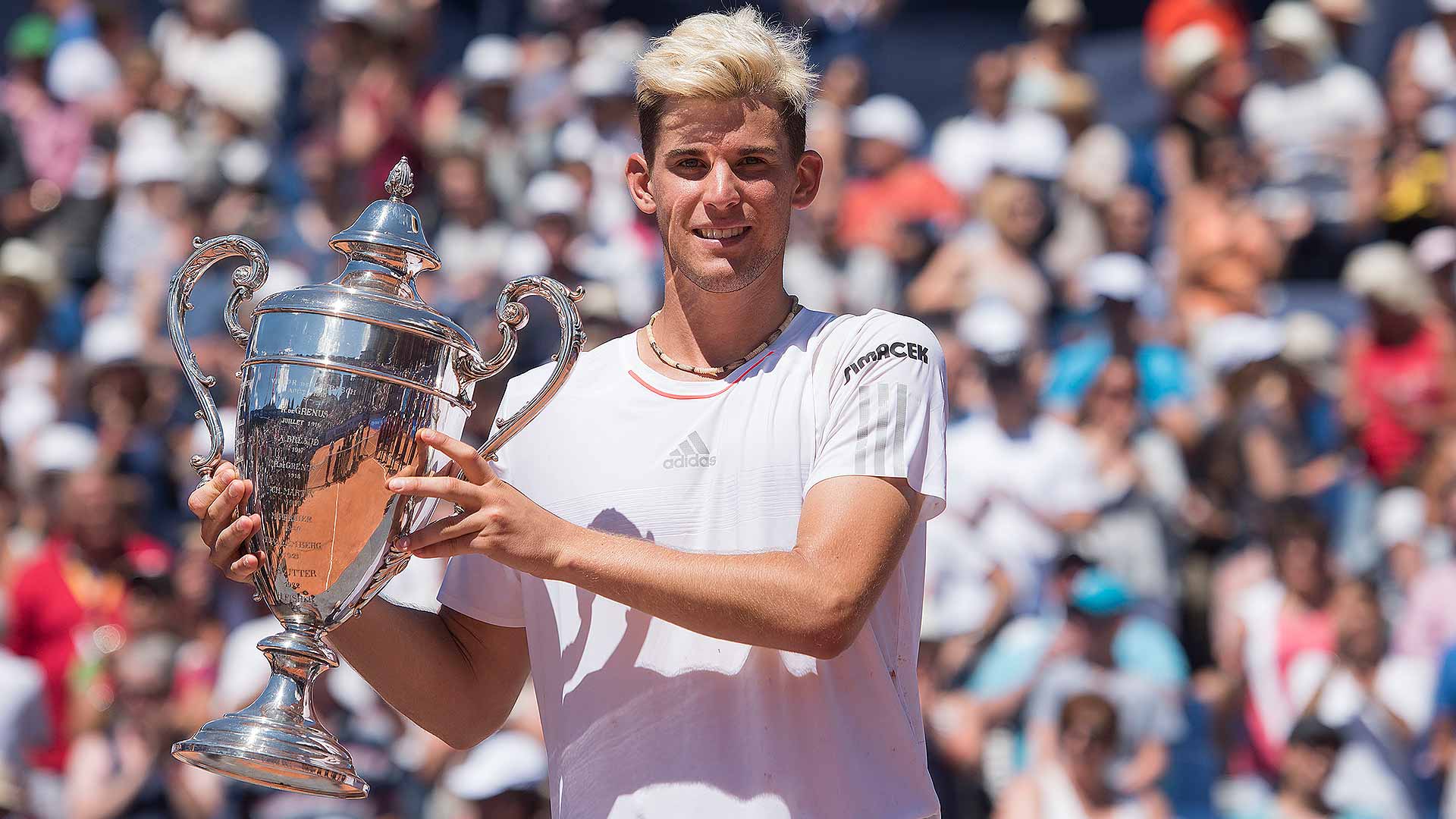 Federer, Safin Claim Doubles Title
Three years before his singles title run in Gstaad, Federer captured the doubles trophy alongside Marat Safin. The pair, which contested the 2004 Australian Open singles final, dropped only one set in three matches to book a final meeting against Michael Hill and Jeff Tarango.

Unfortunately, the rain-affected championship match didn't last long. After claiming the first game, Hill was forced to retire from the contest due to a leg injury, handing the trophy to Federer and Safin. It was the only time Federer and Safin, who had both lost their opening singles matches, competed as a doubles team.

“Winning like this is kind of strange," said Federer. "But it seems like it was just meant to happen. We've played good doubles this week and I'm happy to have been able to make the crowd happy again after my first-round exit in the singles.”