Santiago Gonzalez and Grigor Dimitrov enjoyed mini tennis with a view in Los Cabos in 2019.

Los Cabos: Find Out What Makes This ATP 250 'Pretty Special'

The Los Cabos tournament, which made its ATP Tour debut in 2016, would have been held this week if not for the Tour suspension due to the COVID-19 pandemic.

ATPTour.com looks at five things to know about the ATP 250 event.

"It could be my favourite part of the year... It is a good tournament for preparation for [Canada], Cincinnati and the US Open,” said Del Potro.

The event is also popular with players and fans for its off-court activities, including sky diving and jet skiing. Los Cabos is one of the most popular tourism destinations in Mexico, attracting more than two million visitors per year.

"You always love coming back to tournaments that you have done well at in the past," said 2017 finalist Thanasi Kokkinakis. "Obviously in a place like this, where it feels like you are on a holiday more than playing tennis, [it] is pretty special.”

Querrey's ‘Mexican Double’
Sam Querrey arrived in Los Cabos in 2017 in top form, making his first appearance since a semi-final run at Wimbledon. The American, who defeated Dominic Thiem and Rafael Nadal en route to the Acapulco trophy earlier in the year, was aiming to complete the ‘Mexican Double’ by claiming his 10th ATP Tour trophy.

After surviving a final-set tie-break in his opening match against Evan King, Querrey notched victories against Vincent Millot, Damir Dzumhur and Kokkinakis to lift the trophy and finish the year with a 9-0 record in Mexico.

“It’s really exciting to win here. I felt like I played really well,” said Querrey. “This tournament only keeps getting better… I think the past couple of months have been the best I’ve played."

Fognini's Lucky Hairdo
At the start of his debut appearance in Los Cabos in 2018, Fabio Fognini posted a photo on Instagram of his latest hairdo. The ATP Tour’s Instagram page challenged the Italian to maintain the interesting style throughout the week if its own post received 20,000 likes.

The Italian agreed to the challenge and kept his new style after the post exceeded 25,000 likes. Fognini’s new hairstyle proved to be a good luck charm, as the Italian cruised to the title with victories against Quentin Halys, Yoshihito Nishioka, Cameron Norrie and Del Potro.

Hey @fabiofogna, if we get 20k likes on this photo will you keep the new ‘do for Wednesday’s match at @abiertoloscabos? 😜

The Wait Is Over
For the first time since 1995, a Mexican player lifted an ATP Tour title on home soil in 2018.

Mexico's Miguel Angel Reyes-Varela and El Salvador’s Marcelo Arevalo dropped just one set across four matches to claim the doubles trophy in Los Cabos, beating Taylor Fritz and Kokkinakis in the championship match. It was the first home triumph by a Mexican player on the ATP Tour since Leonardo Lavalle and Javier Frana’s title run 23 years earlier in Mexico City. 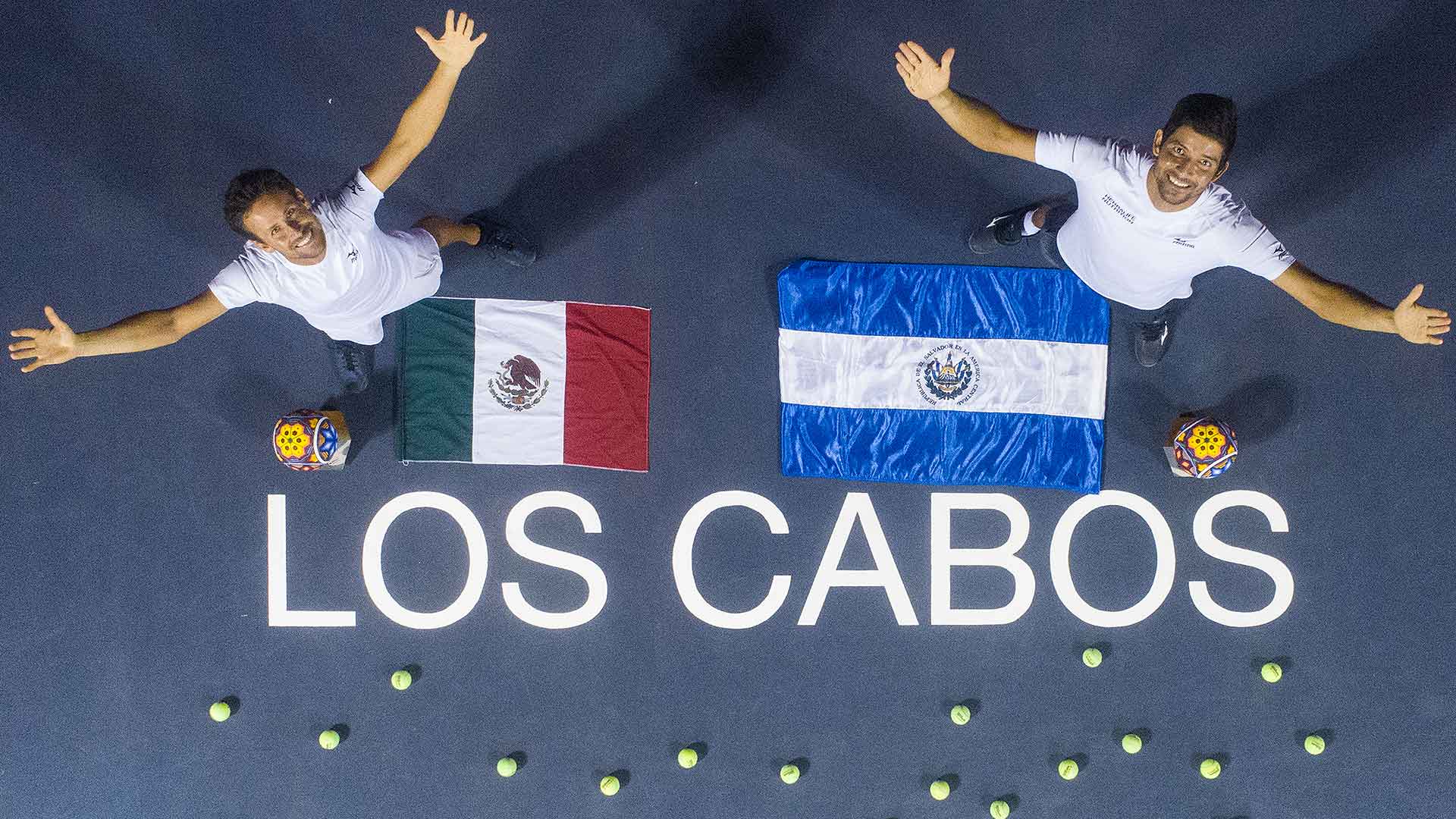 ‘Cherry On Top’ For Schwartzman
After picking up trophies on clay in Istanbul in 2016 and Rio de Janeiro in 2018, Diego Schwartzman achieved a milestone moment in Los Cabos last year. Competing as the tournament’s third seed, the Argentine raced through to the semi-finals and won a three-set battle against Guido Pella to reach his second championship match of the year.

In the final, Schwartzman saved three consecutive set points against Fritz at 5-6, 0/40, in the first set to reach a tie-break. The 5’7” right-hander held his nerve in the tie-break and broke serve late in the second set to lift his maiden ATP Tour title on hard courts.

“It was really important for me to come here and win big matches against the big guys,” said Schwartzman. “The title is like the cherry on top for me.”