The Open Parc Auvergne-Rhone-Alpes Lyon made its debut on the ATP Tour in 2017.

After hosting an indoor hard-court tournament from 1987 to 2009, Lyon returned to the ATP Tour in 2017 with a new clay-court event: the Open Parc Auvergne-Rhone-Alpes Lyon.

The tournament, one of five French ATP Tour events, would have been held this week if not for the Tour suspension due to coronavirus.

1) French Finalists
In each edition of the Open Parc Auvergne-Rhone-Alpes Lyon, a French player has reached the final.

In 2018, Gilles Simon fell in three sets to Dominic Thiem in the championship match.

The top three seeds — Raonic, Tsonga and Berdych — advanced to the semi-finals. Tsonga and Berdych contested the championship match in what proved to be their 13th and final ATP Head2Head clash (Berdych leads 8-5), with Tsonga prevailing 7-6(2), 7-5.

3) Fantastic Felix
Three months after reaching his maiden ATP Tour final at the Rio Open presented by Claro, Felix Auger-Aliassime made an impressive debut in Lyon. After a straight-sets win against John Millman, the #NextGenATP Canadian earned back-to-back three-set victories against Steve Johnson and Nikoloz Basilashvili to reach the final. The 18-year-old was unable to capture his maiden ATP Tour title, as Paire claimed the trophy after 80 minutes.

4) Doubles Drama
In 2018, Nick Kyrgios and Jack Sock captured their first title as a team in dramatic fashion. The Australian-American duo did not drop a set en route to the final, where they faced Roman Jebavy and Matwe Middelkoop.

Kyrgios and Sock, who entered the contest with a 10-2 team record, trailed 8/9 in the Match Tie-break before claiming three straight points to earn the title. It was Kyrgios’ first ATP Tour doubles crown and Sock’s third trophy, with as many different partners, that season. 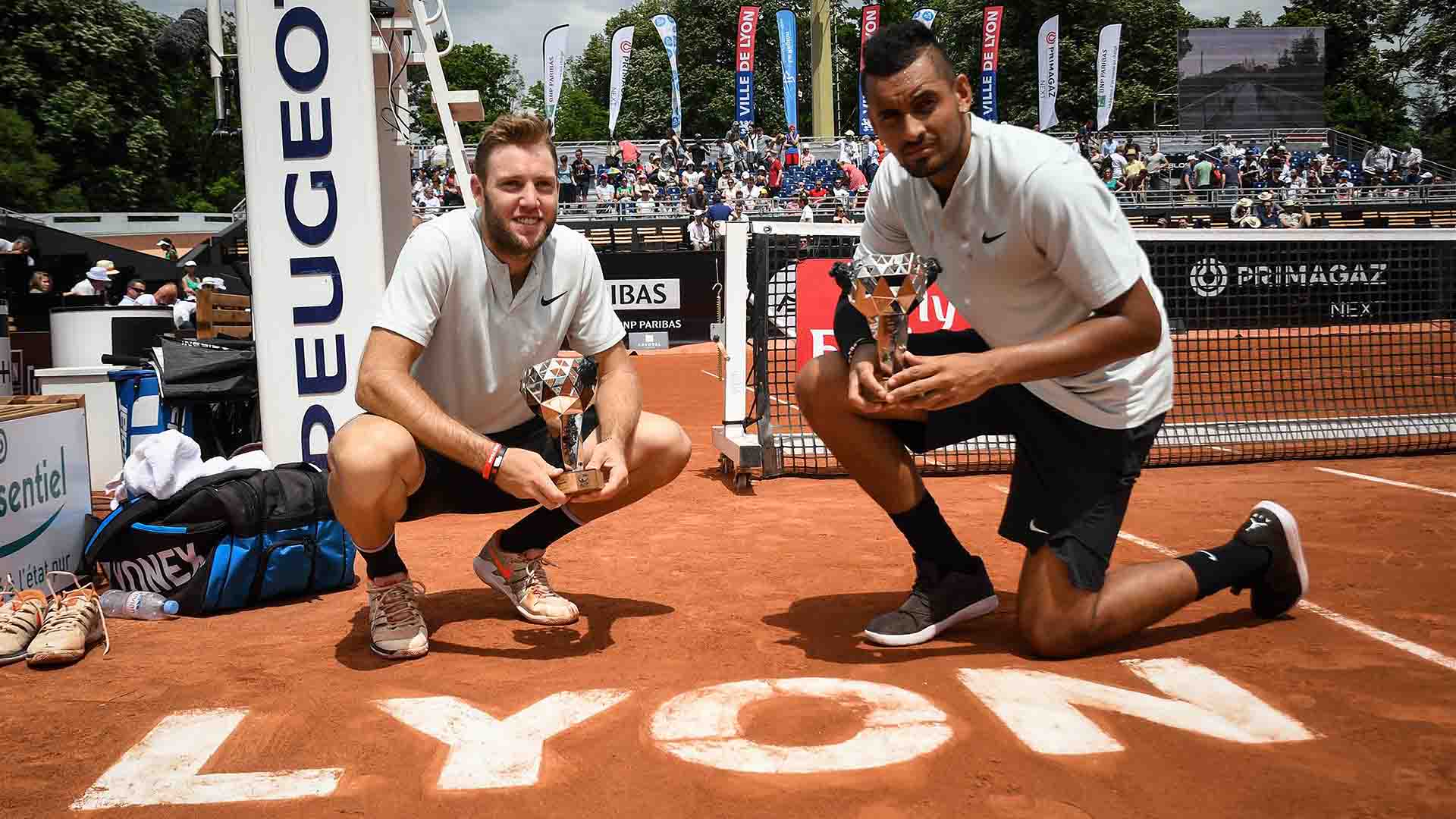 5) The Final Preparation For Roland Garros
Held the week before Roland Garros, alongside the Geneva Open, the Open Parc Auvergne-Rhone-Alpes Lyon provides ATP Tour stars with a final opportunity to prepare for the clay-court Grand Slam championship.

In the past two years, Lyon champions have reached the Round of 16 or better at Roland Garros. Dominic Thiem advanced to the championship match in 2018, while last year’s champion Benoit Paire reached the fourth round in Paris.