Nine of the 11 most recent editions of the Moselle Open have crowned a French singles champion.

Learn more about the Moselle Open, an ATP 250 event

The Moselle Open, which made its ATP Tour debut in 2003, is one of six tour-level events held in France.

The ATP 250 would have been held this week if not for the COVID-19 pandemic.

Fantastic Frenchmen
Since its inaugural edition, the Moselle Open has proven to be a popular stop on the ATP Tour calendar for French players. Sixteen of the 17 previous editions of the event have featured a home champion in singles or doubles.

On four occasions, France has produced the singles champion and both doubles titlists in the same year (2003-’04, ’12, ’18). The only edition of the tournament that has not featured a French winner was in 2014, when Belgium’s David Goffin captured the singles crown and Poland's Mariusz Fyrstenberg and Marcin Matkowski lifted the doubles trophy.

With his victory against Melzer in the final, Djokovic became the youngest champion in tournament history at 19 years and four months. It is a record the 17-time Grand Slam champion still holds. 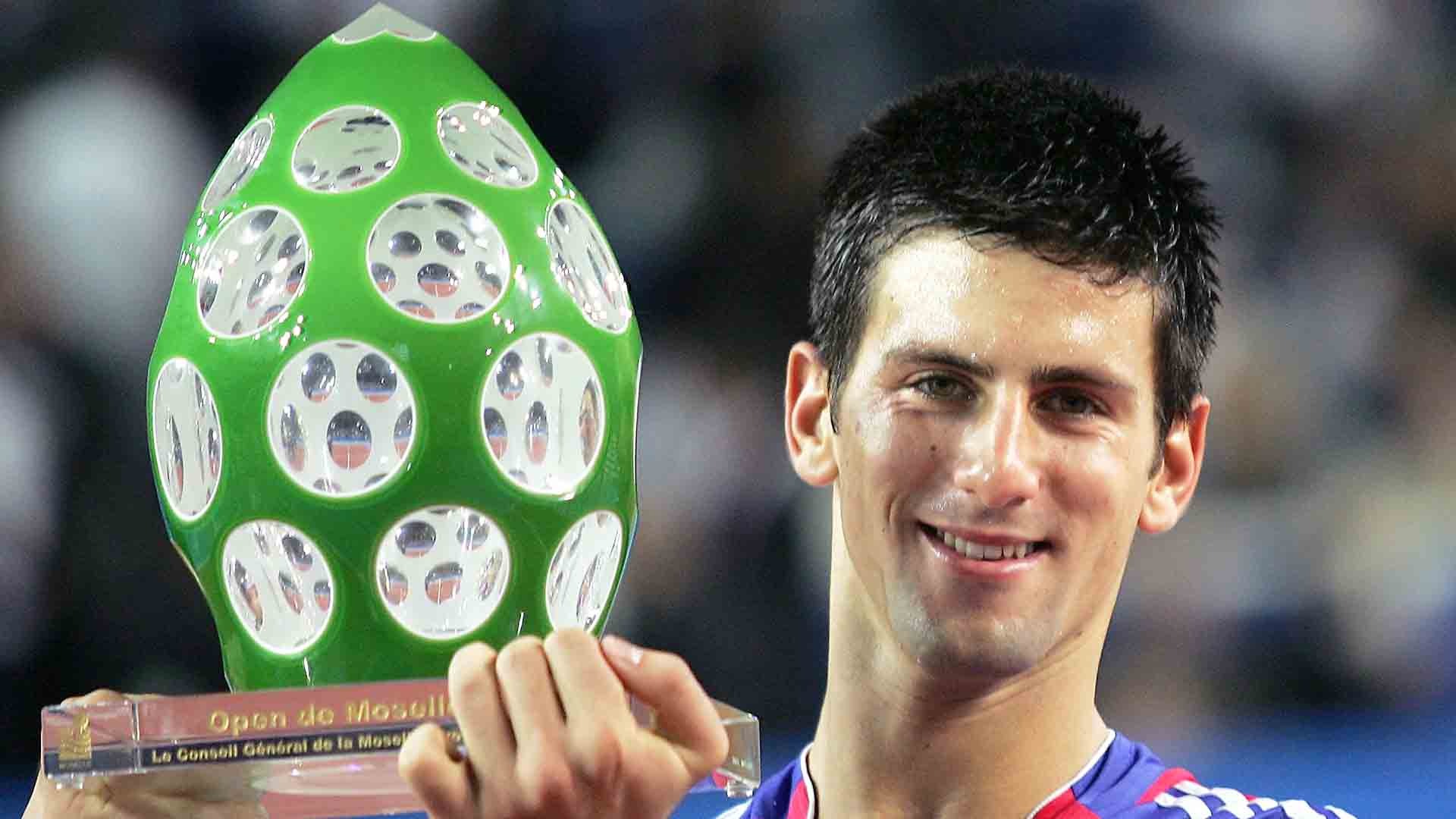 Simon Claims Historic Third Crown
Simon entered the 2018 edition of the tournament seeking a record-equalling third Metz trophy, five years after winning the event for a second time in 2013. The reigning Pune champion battled past seventh seed Filip Krajinovic and fourth seed Richard Gasquet en route to the championship match, in which he faced qualifier Matthias Bachinger for the title.

Simon was forced to save three set points in the first set, before cruising to his third trophy at the ATP 250 to equal Tsonga’s then-record haul of three Metz crowns. It marked the first time Simon had lifted multiple ATP Tour trophies in the same year since 2011.

Mahut/Roger-Vasselin Break Doubles Record
Heading into the 2018 Moselle Open, four Frenchmen held a record three Metz doubles titles: Mahut, Roger-Vasselin, Michael Llodra and Arnaud Clement. Six years after lifting the 2012 trophy in their only previous team appearance at the event, Mahut and Roger-Vasselin improved to 8-0 as a duo in Metz to earn their fourth trophies at the ATP 250.

Mahut and Roger-Vasselin did not drop a set en route to the title, beating reigning Montpellier champions Ken Skupski and Neal Skupski in the championship match. "Winning in France is special, but winning twice here [together] and, for both of us it is the fourth time [overall], it is something big," said Mahut.

Mahut and Roger-Vasselin fell just short of adding another trophy to their Metz collections last year, falling to Robert Lindstedt and Jan-Lennard Struff in the 2019 championship match. The Frenchmen own an 11-1 record as a team in Metz. 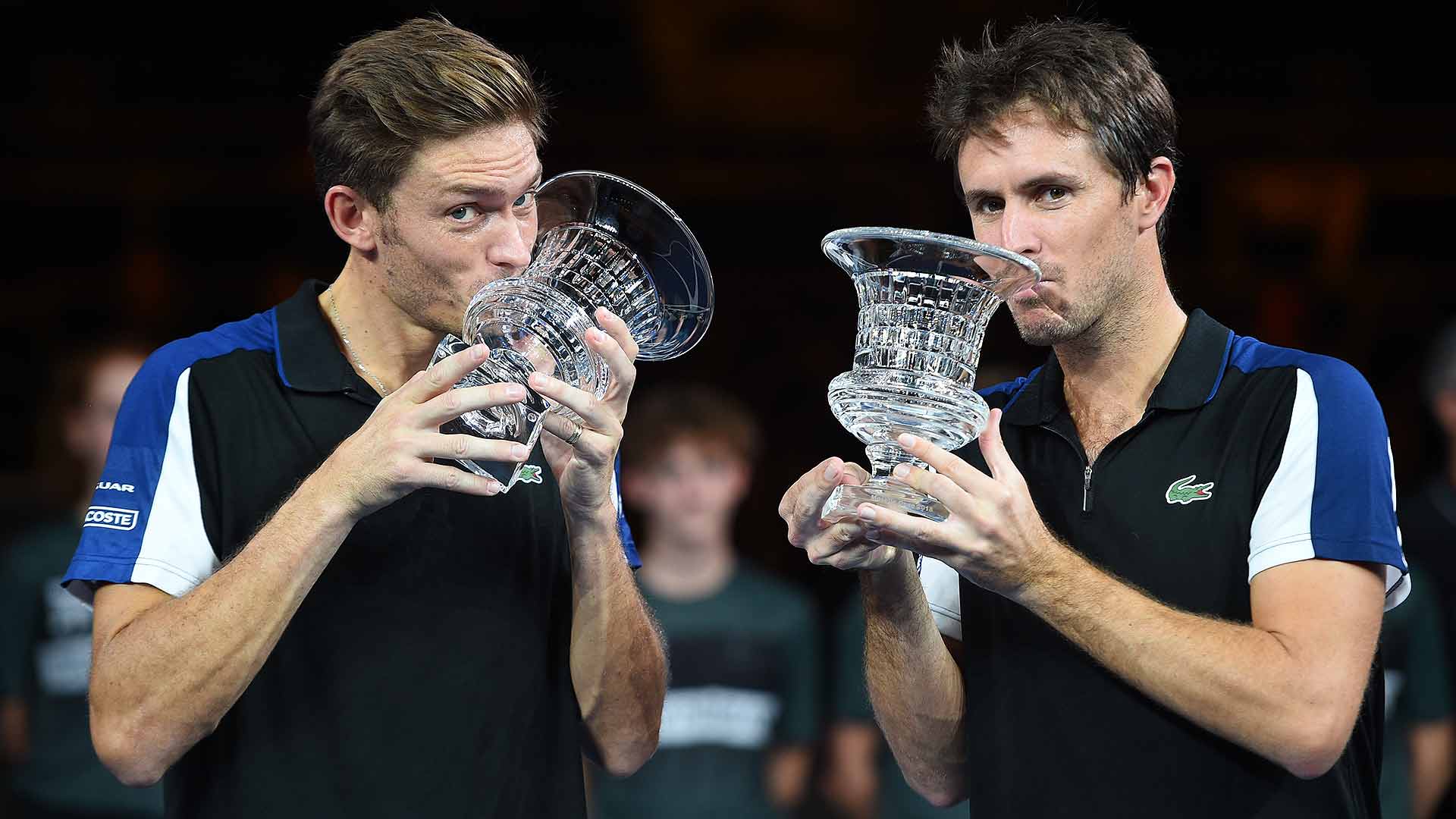 Tsonga Makes History
One year after returning from left knee surgery in Metz, Tsonga became the first man to win four trophies at the event in 2019. The 6’2” right-hander recovered from a set down on two occasions and defeated 2016 titlist Lucas Pouille en route to the championship match, in which he met in-form Slovenian Aljaz Bedene.

In a final dominated by the serve, Tsonga clinched the only break of the match in the deciding set to move clear of three-time champion Simon at the top of the Metz titles leaderboard. At 34 years and five months, Tsonga also overtook his countryman to become the oldest champion and most successful player, in terms of matches won (23), in tournament history. 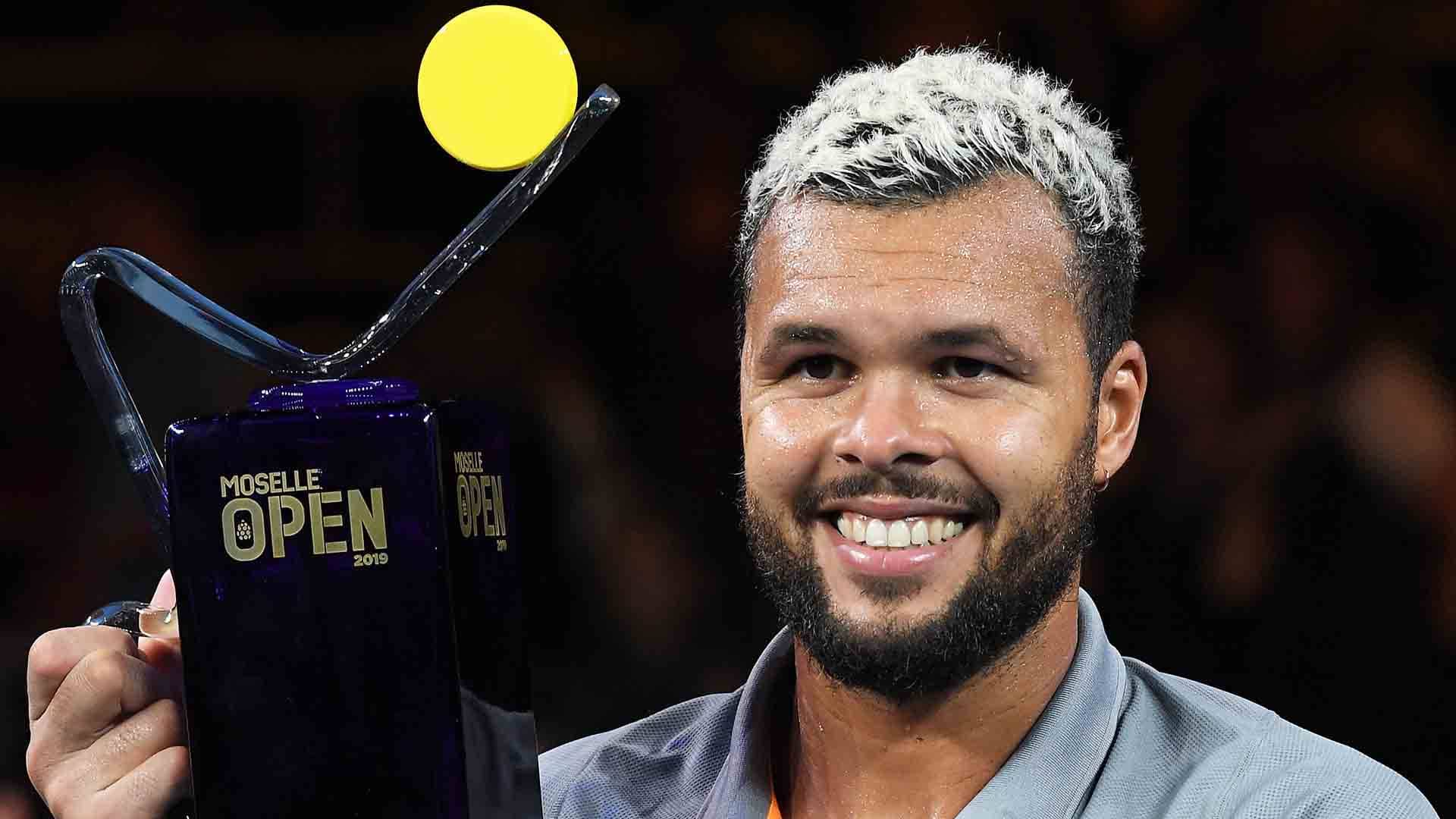