Learn more about the Citi Open, an ATP 500 event

First contested in July 1969, the Citi Open is one of 13 prestigious ATP 500 events on the calendar. The 2020 edition of the tournament was due to take place this month, before its cancellation due to the COVID-19 pandemic.

An Elite Honour Roll
Held at the Rock Creek Park Tennis Center, the Citi Open has welcomed some of the greatest names in tennis history over the past 50 years. In fact, 46 of the previous 51 editions of the singles event have been won by players who have reached the Top 10 in the FedEx ATP Rankings during their careers.

In doubles, Bob Bryan and Mike Bryan have won a record four team titles (2005-07, 2015). The American twins share the record for most trophies at the event with countryman Marty Riessen. The American won back-to-back doubles crowns with Tom Okker (1971-72) and also lifted the title alongside Tom Gorman (1974) and Sherwood Stewart (1979). 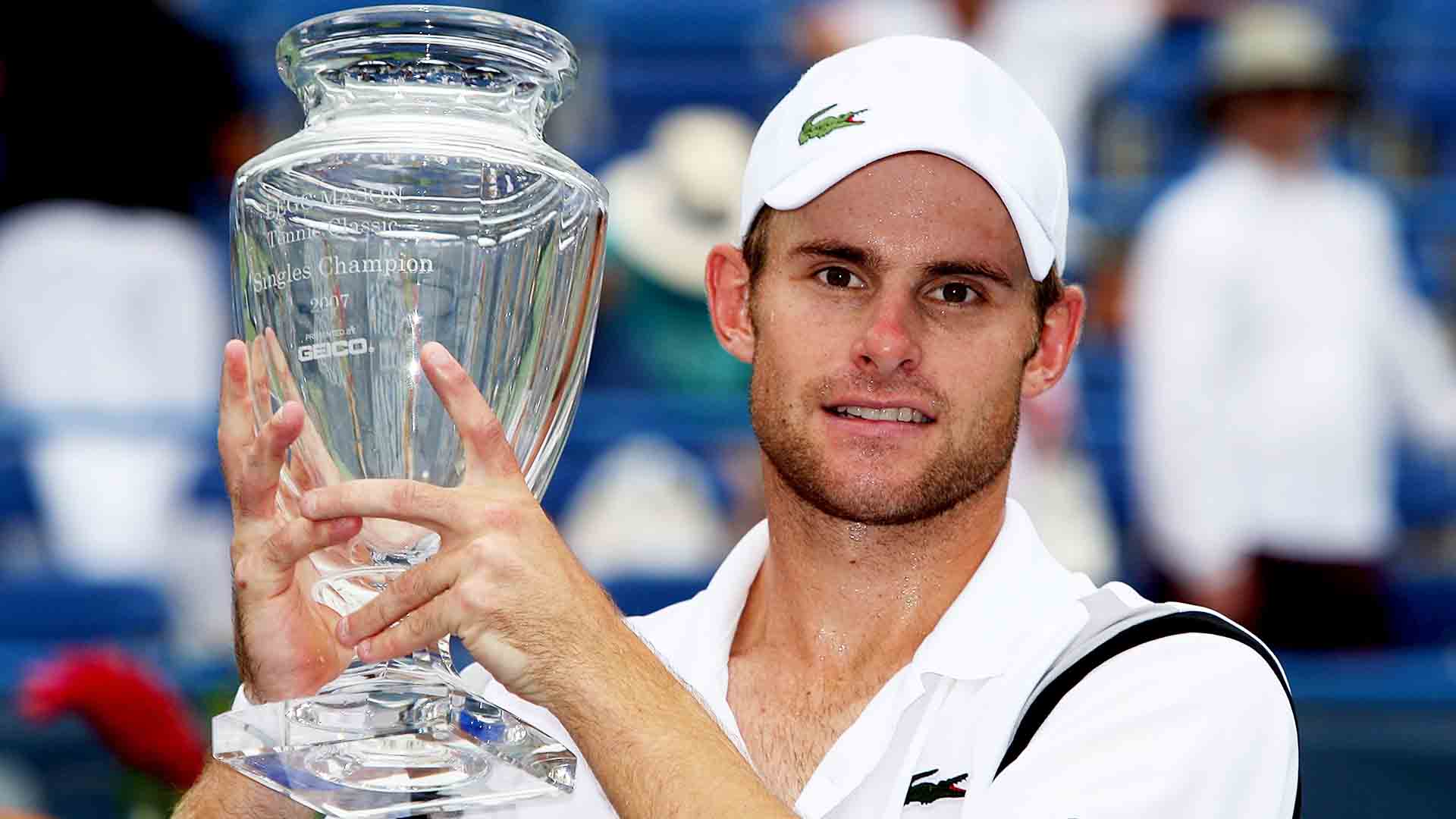 Agassi Sets The Mark
From 1990 to 2000, Agassi won five titles from six final appearances in Washington, D.C. The Las Vegas native captured his first trophy in the American capital in his second tournament appearance, winning each of the 10 sets he contested to claim the 1990 crown. Agassi repeated that feat the following year, beating Petr Korda in the championship match.

In a classic 1995 final, Agassi outlasted Edberg 6-4, 2-6, 7-5 to claim his third trophy at the event. Across his five title runs at the ATP 500, the second set of that final against Edberg was the only set he lost. Agassi added his fourth and fifth Washington, D.C. titles in 1998 and 1999, beating Scott Draper and Yevgeny Kafelnikov in the championship matches.

Agassi fell short of winning his sixth tournament trophy in 2000. Once again, the 1999 year-end World No. 1 advanced to the final without dropping a set, but Alex Corretja claimed the title with a 6-2, 6-3 victory. Agassi finished his career with a record 44 match wins in the United States' capital.

Delpo’s Unbeaten Run
After losing his tournament debut in 2007, Juan Martin del Potro claimed 14 straight victories across his next three appearances at the ATP 500 to enter the history books. The Argentine captured his maiden Washington crown in 2008, beating Viktor Troicki in the championship match, and doubled his trophy tally the next year.

Del Potro survived two final-set tie-breaks against former World No. 1s en route to the 2009 title. The Tower of Tandil rallied from a set down to overcome Hewitt in the Round of 16 and outlasted Roddick in the final to lift his second straight trophy at the event.

Bryan Brothers Equal Riessen’s Record
Bob Bryan and Mike Bryan are the only doubles team to win three consecutive trophies in Washington, D.C. The pair achieved the feat between 2005 and 2007, dropping just three sets across 12 victories to complete their first three title runs in the District of Columbia.

The Bryan Brothers had to wait another eight years before they returned to the championship match. The American twins, aiming to equal Riessen’s tournament record haul of four doubles trophies, beat Ivan Dodig and Marcelo Melo in straight sets to claim their record-equalling fourth crown in 2015. 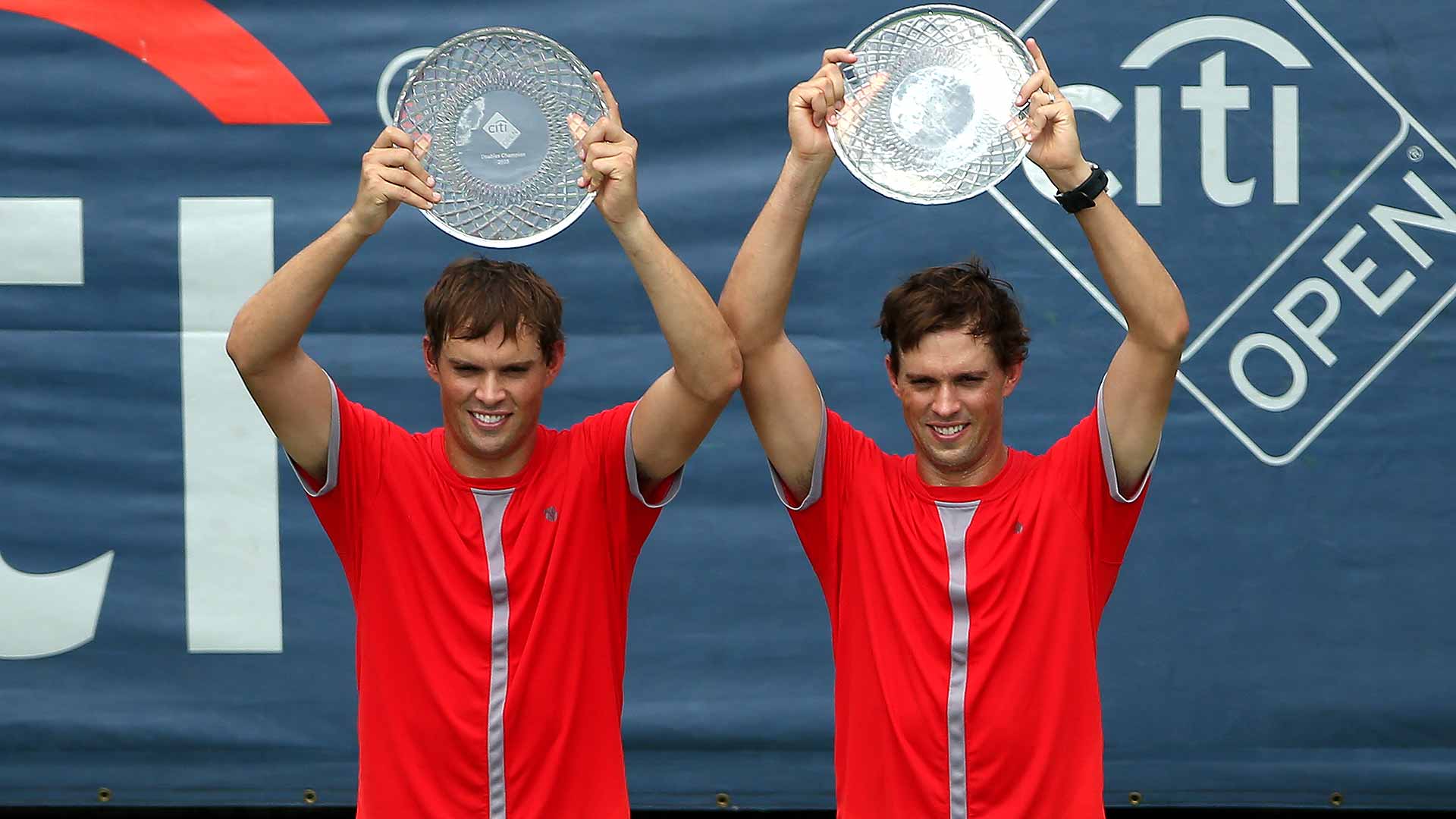 Zverev Goes Back-To-Back
Alexander Zverev has reached the quarter-finals or better in each of his four appearances at the Citi Open. After compiling a 6-2 record across his opening two visits, the German claimed 10 straight wins to become only the fourth player in tournament history to win consecutive singles trophies at the event.

Zverev claimed his maiden ATP 500 crown in Washington, D.C. in 2017 with consecutive wins against Daniil Medvedev, Kei Nishikori and Kevin Anderson. One year later, the 6’6” right-hander returned to the final with wins against Nishikori and Stefanos Tsitsipas. Zverev confirmed his place alongside fellow back-to-back tournament winners Agassi, Michael Chang and Del Potro with a 6-2, 6-4 victory against Alex de Minaur in the championship match.