Tsitsipas On Medvedev: ‘He Tricks You’

Stefanos Tsitsipas shared high praise for Daniil Medvedev on Friday, following his 6-4, 6-2, 7-5 semi-final loss to the Russian in the Australian Open semi-finals.

As he aimed to become the youngest Australian Open finalist since Novak Djokovic in 2008, Tsitsipas was unable to impose his attacking game on his rival. Following his loss to Medvedev, who struck 46 winners compared to only 21 unforced errors, the 2019 Nitto ATP Finals champion took a moment to reflect on the high level his rival produced throughout their seventh ATP Head2Head clash (Medvedev leads 6-1).

“[Medvedev] is a player who has unlocked pretty much everything in the game,” said Tsitsipas. “It's like he's reading the game really well. He has this amazing serve which I would describe close to John Isner's serve. And then he has amazing baseline [skill] which makes it extremely difficult.

“Even if you return the serve, you don't guarantee that you're going to win the point. You have to really work hard for it… He makes it very difficult, and I'm sure all the hard work that he has been putting [in] and the hours on the court have benefited [him] a lot. He tricks you. He plays the game really smart. It's really interesting to see that.” 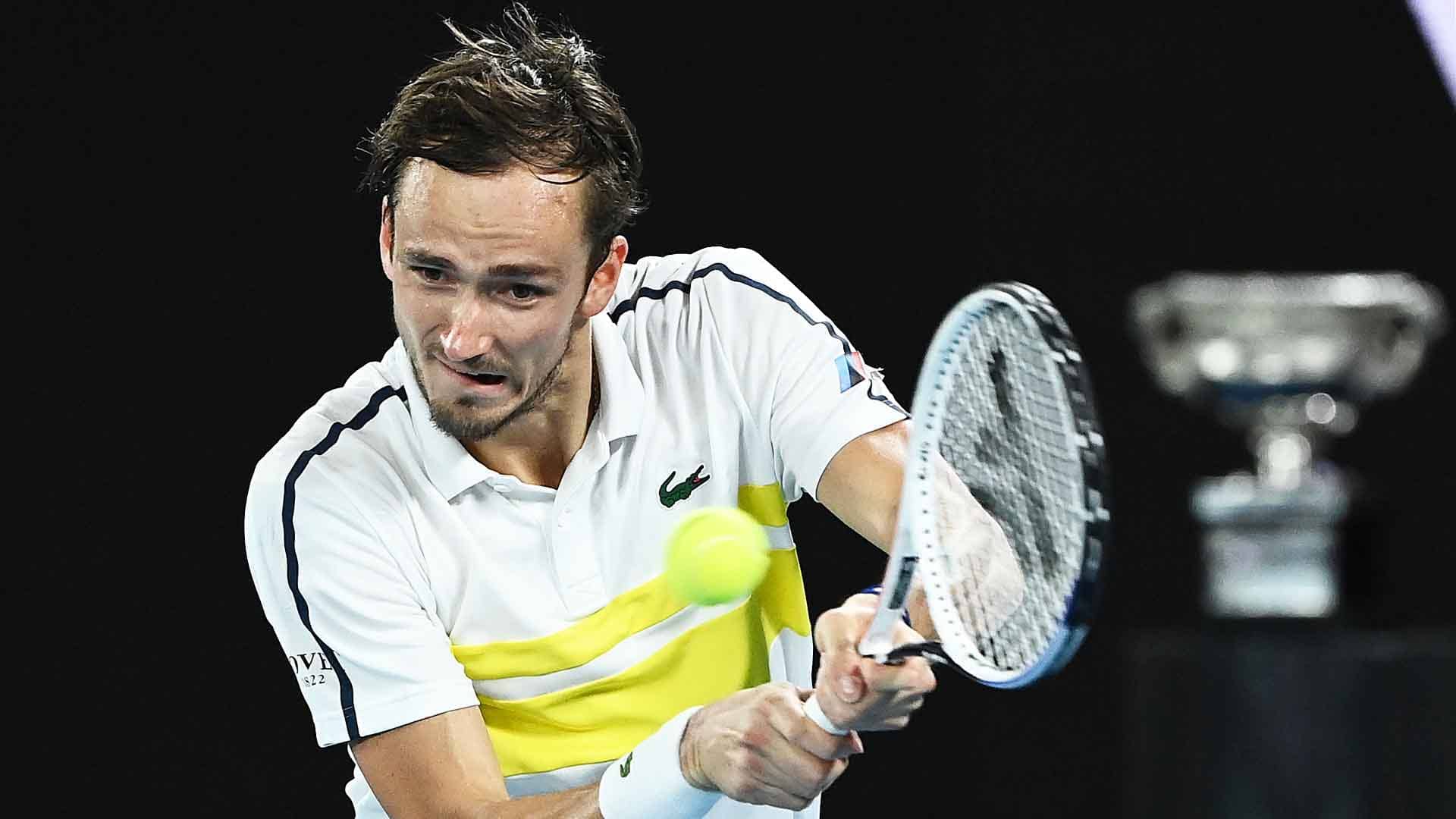 Tsitsipas was appearing in his third Grand Slam semi-final. Alongside visits to the final four in Melbourne (2019, ’21), the 22-year-old also reached last year’s Roland Garros semi-finals.

After falling short of the championship match for the third time in as many attempts at a major championship, Tsitsipas discussed the emotional pressure that comes with playing in the latter stages at Grand Slam events.

“I have learned a lot,” said Tsitsipas. “[I have] had a lot of learning experience from those three matches that I did… It's a shame. You come so close, you work so hard, and everyone is dreaming of a Grand Slam victory… [The] closer you [get] towards the end, you're overwhelmed with many different thoughts. Your aspirations and your dreams suddenly are close to becoming a reality. It might for him not be the same, but for me it means the world to be where I am.

“Playing in a semi-final is a difficult thing. I just need to find a way to get there and just be in the same state of mind. I've proven that I have the level to beat these players. It's not that I haven't, but as Stan [Wawrinka's tattoo] says, "Ever tried, ever failed, no matter, try again... fail better." So let's hope for something better next time. I really hope it comes.”

You May Also Like: Medvedev Marches Into Australian Open Final

Tsitsipas’ loss to Medvedev completes a memorable fourth Australian Open campaign for the World No. 6. Tsitsipas overcame home favourite Thanasi Kokkinakis in five sets in the second round and, in the quarter-finals, he became only the second man to defeat Rafael Nadal from two sets down at a Grand Slam.

“I created some amazing memories during [this event]. I had a very nice stay in Australia… It was a hell of a trip here in Australia,” said Tsitsipas. “I'd like to thank everyone for putting on such an amazing event and show for the players. Not only for the players, but for all the agents, coaches, and crew that came to be part of this tournament and to represent the players.

“Australia has been welcoming me with their arms open, and I love it here. I feel like it's home. I feel blessed when I'm playing here. I feel like everything can only be seen from the bright side, and [the] people are beautiful. It's a really nice place to play tennis. I'll miss it, for sure.”

With Medvedev through to his second Grand Slam final, tennis fans are guaranteed to see an unbeaten streak come to an end on Sunday. Medvedev enters the championship match on a 20-match winning run, which includes 12 victories against Top 10 players. On the other side of the net, Novak Djokovic will put his 8-0 record in Australian Open finals on the line.

Tsitsipas believes Medvedev has a chance to make history in the final, but he has been proven wrong by going against Djokovic in the past.

“I wouldn't be surprised to see Daniil win the tournament, but it's a strange scenario," said Tsitsipas. "I played Rafa here two years ago. I found his performance against me that day phenomenal. I was 100 per cent sure he was going to win the tournament. And I ended up being wrong. Who knows? I don't know. Djokovic is playing well too.”