Stefanos Tsitsipas is into the Australian Open quarter-finals for the third time in four years.

Stefanos Tsitipas’ back was against the wall in the fourth round of the Australian Open against Taylor Fritz, but the Greek’s inner voice helped save the day.

“I felt like there were certain moments where I got defensive and wasn't going for my shots too much, and I kept talking to myself and kept saying, ‘Hit the ball, go for it’,” Tsitsipas said. “That eventually was kind of engraved in my mind. That voice kind of became a reality in the fifth set.

“I came to the conclusion that I cannot be too defensive, I cannot stay in the rallies too much. I have to make him move and I have to be aggressive at the same time.”

That mindset worked, as Tsitsipas rallied past the American 4-6, 6-4, 4-6, 6-3, 6-4 to reach his third Australian Open quarter-final. In the deciding fifth set, he made just four unforced errors to complete his triumph after three hours and 23 minutes.

“It was very tough, and I had to deal with these moments in the best way. Being able to overcome these difficulties required a lot of mental toughness, and I think I did the right things at these points and managed it very well. It was a great comeback,” Tsitsipas said. “It was a match with a lot of emotions, and I had to keep constantly reminding myself to stay in it and try and find solutions to all these problems, because there was heavy hitting, there were lots of rallies. Serves, big serves from both sides. So there were a lot of things going on.”

Overall, Tsitsipas struck 53 winners to just 44 unforced errors, a solid performance against an in-form Fritz. The American, who was competing in the fourth round of a major for the first time, showed little fear of the moment. He hit 52 winners to put Tsitsipas in trouble in the first place.

But the fourth seed dug deep and played the better tennis when it mattered most. Tsitsipas has put to rest discussions about his elbow, which hovered over him early in the season when he did not play his first singles match at the ATP Cup.

“I missed two weeks of preseason, which was not too bad, because the doctor predicted otherwise,” Tsitsipas said. “My recovery was faster than anyone would have thought it would have been. My recovery was very surprising to my doctor.” 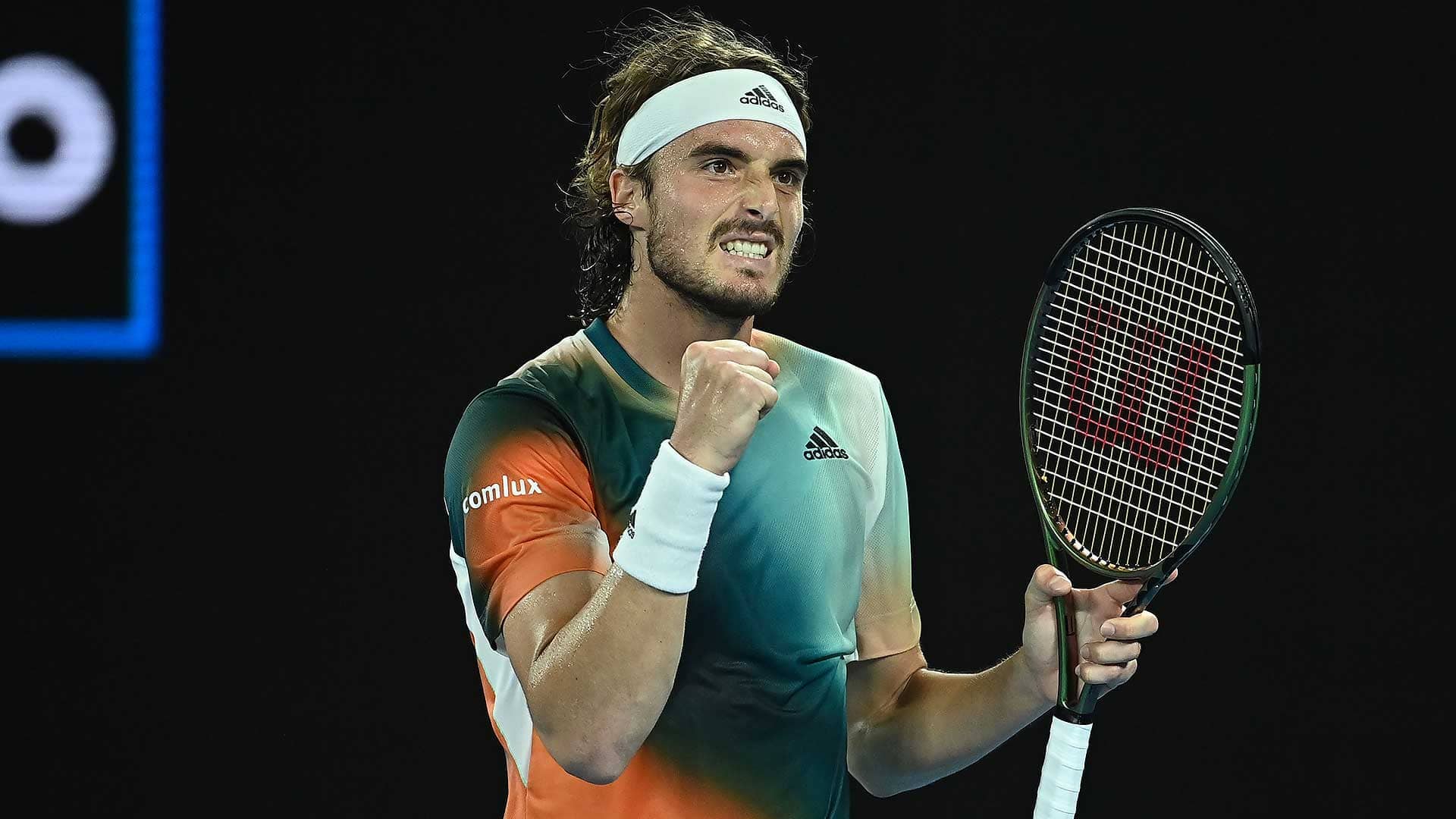 Photo Credit: Peter Staples/ATP Tour
Tsitsipas’ determination has been impressive Down Under, and he is now into the last eight at the Australian Open for the third time in four years. The 23-year-old said it was an emotional win for him, and that he played better with those emotions.

“I was able to sustain that emotion and was able to deal with it in the best way. I think the crowd was very important today, encouraging me and giving me their energy from start to finish,” Tsitsipas said. “They [played] a big role in today's success and overcoming the difficult obstacles that was presented to me throughout the entirety of the match.”

Next up for the 2019 Nitto ATP Finals champion will be 11th seed Jannik Sinner. Tsitsipas leads the pair’s ATP Head2Head series 2-1.