ATP Staff
This article contains:
Tsitsipas, Rublev also through to the last eight

The #NextGenATP is alive and well in Washington, D.C.

Aussie teenager Alex de Minaur led the charge on Thursday evening at the Citi Open, battling past reigning Next Gen ATP Finals champion Hyeon Chung 6-2, 4-6, 6-2 to reach the quarter-finals at an ATP World Tour 500-level event for the first time.

It was an all-day effort for the 19-year-old, who also upset 11th seed and recent Dell Technologies Hall of Fame Open titlist Steve Johnson earlier Thursday. De Minaur, who entered the season at No. 208 in the ATP Rankings, can move to the fringe of the Top 50 if he wins his next match against former World No. 1 Andy Murray or Romanian Marius Copil.

De Minaur reached his first ATP World Tour semi-final and final in the first two weeks of the season in Brisbane and Sydney, respectively. He also claimed his maiden ATP Challenger Tour title in June after losing in his first four finals at that level.

Greek teenager Stefanos Tsitsipas was also impressive in dismissing Aussie James Duckworth 6-3, 6-4 in 66 minutes to reach his sixth ATP World Tour quarter-final of the season. Prior to 2018, Tsitsipas had just four tour-level wins. With his victory against the 26-year-old, he now has 24 in this campaign alone.

The 19-year-old finished 2017 at No. 91 in the ATP Rankings. But thanks to his breakout efforts, he is projected to crack the Top 30 on Monday, regardless of results for the rest of the week. Tsitsipas will face a stiff challenge as he attempts to make the semi-finals in the nation's capital, as 2017 Nitto Finals runner-up and third seed David Goffin awaits. The pair has split their two FedEx ATP Head2Head meetings, with Tsitsipas earning his first Top 10 win last year in Antwerp against the Belgian. 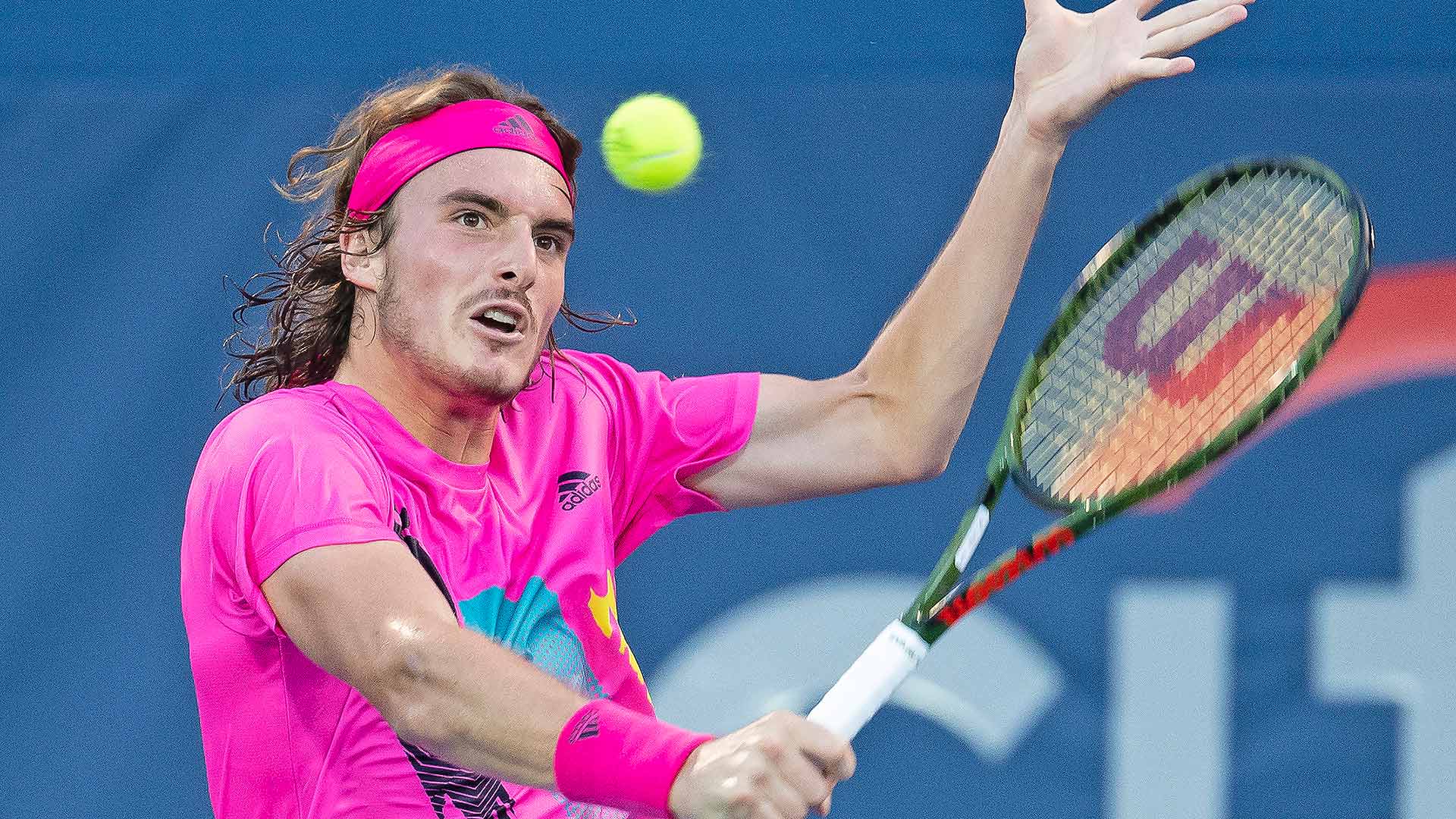 Russian Andrey Rublev, who is playing in his third tournament back from a three-month hiatus due to a stress fracture in his lower back, won two matches on Thursday. After finishing off his victory against American Tommy Paul, he later beat another American, Noah Rubin, 6-3, 6-2 in 67 minutes.

Rublev  just one of his three matches in Umag and Gstaad, but is showing good form in his Washington, D.C. debut. The 20-year-old will now face the winner of sixth seed Lucas Pouille and American Denis Kudla. The Russian is currently in eighth in the ATP Race To Milan, one point behind Spaniard Jaume Munar for the seventh automatic qualifying spot into the Next Gen ATP Finals, which will take place from 6-10 November in Milan.

Did You Know?
Tsitsipas will attempt to earn his fourth Top 10 win when he plays Goffin. On top of his victory against the Belgian last year, the Greek beat Dominic Thiem in Barcelona and Kevin Anderson in Estoril.