As the old adage goes, a match isn’t over until the last point has been played. Neither Borna Coric or Stefanos Tsitsipas will likely forget that again after their captivating and dramatic third-round match on Friday at the US Open.

"I have to be honest and say that I was really lucky. I made some unbelievable returns and I was a little bit lucky at the end," Coric said. "In the third and fourth set, he was playing unbelievable tennis and I felt like I had no chance. In the fifth-set tie-break, I knew it was not going to be easy for him, so I tried to just keep the ball in court and make him play as many balls as possible."

The 23-year-old Croatian produced another great escape 48 hours earlier in rallying from two-sets-to-one down to defeat Juan Ignacio Londero. Although Coric’s results have been inconsistent and he came to the match with a 7-6 record this year, his win against Dominic Thiem at the ATP Cup reaffirmed that he has the game to beat anyone when he’s at his best.

Next up for Coric is Jordan Thompson, who defeated Mikhail Kukushkin 7-5, 6-4, 6-1 to reach the second week of a Grand Slam for the first time. Coric has matched his best result at a Grand Slam and now seeks his first quarter-final at a major championship. 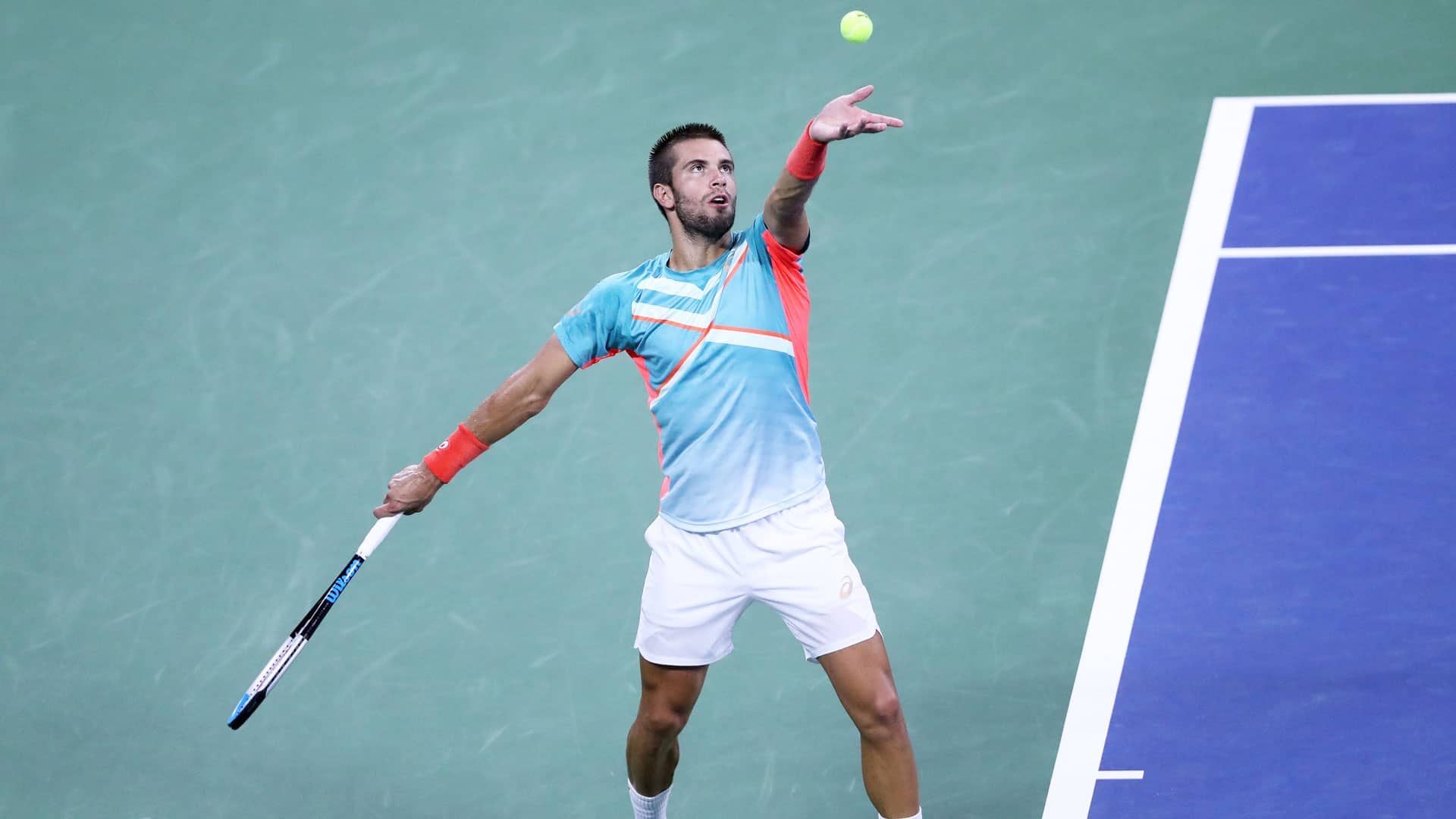 There was little separating Tsitsipas and Coric in the opening set, eventually leading to a tie-break. With Coric serving at 2/3, Tsitsipas adjusted his strategy and began moving forward behind high-octane groundstrokes. The strategy rattled Coric and the Greek grabbed the last four points for an early lead.

Coric took a medical timeout after the tie-break and received treatment on his neck and right shoulder. The medical attention appeared to help his serve and he held with ease throughout the second set, winning 80 per cent of serve points (20/25) compared to 66 per cent (23/35) in the opening set. He stayed with Tsitsipas and took advantage of a brief dip in form from the fourth seed at 4-5, breaking serve and leveling the score after the Greek fired a forehand well long.

You May Also Like: Djokovic Delivers Masterclass Against Struff

Although both players traded comfortable service holds throughout the third set, the physically punishing baseline rallies appeared to take a toll on Coric. Tsitsipas continued to apply pressure and attack any short balls that came his way. He was rewarded for his persistence and let out his biggest roar of the night after breaking Coric to love at 4-4, then won six of the next seven games to grab the third set and build a 5-1 lead in the fourth set.

But with victory in sight, the fourth seed let slip his first chance to serve out the match and squandered two match points on Coric’s serve at 5-3. Four more match points came and went at 5-4, including three in a row at 40/0. Tsitsipas pointed at his head in disbelief, then looked at his team with a wry smile after finally handing another break to the Croatian with a backhand error.

Energised by the miraculous comeback, the 23-year-old began swinging freely from the baseline and dominating their exchanges. With Tsitsipas serving at 5-6, Coric cracked a forehand return winner on set point and pumped his fist after leveling the match.

Even when the Greek broke for a 3-2 lead in the final set, Coric remained calm knowing he had experienced much worse. He immediately broke back in the next game with a forehand passing shot, then saved three break points for a gutsy hold at 4-4.

Tsitsipas only hit one double fault across 29 service games, but hit two in the final-set tie-break. The costly errors helped give Coric a 6/3 lead and he converted on his second match point after a forehand error from the fourth seed wrapped up play after four hours and 36 minutes.