Almost two years after his most recent ATP Masters 1000 final appearance at the 2019 Mutua Madrid Open, Stefanos Tsitsipas raced past Daniel Evans 6-2, 6-1 at the Rolex Monte-Carlo Masters on Saturday to move one win away from his maiden trophy at the level.

The two-time Masters 1000 finalist broke Evan’s serve on five occasions to improve to 21-5 this season. Tsitsipas is through to his second final of the year, following his runner-up finish in Acapulco last month (l. to Zverev).

“I am indeed pleased with the performance,” Tsitsipas said in his post-match interview. “I found ways to play at my best. It was really difficult to maintain my level of consistency and I am really happy I managed to deal with all the different moments during the match. I had a lot of opportunities to hit the forehand, and think how I wanted to construct the point." 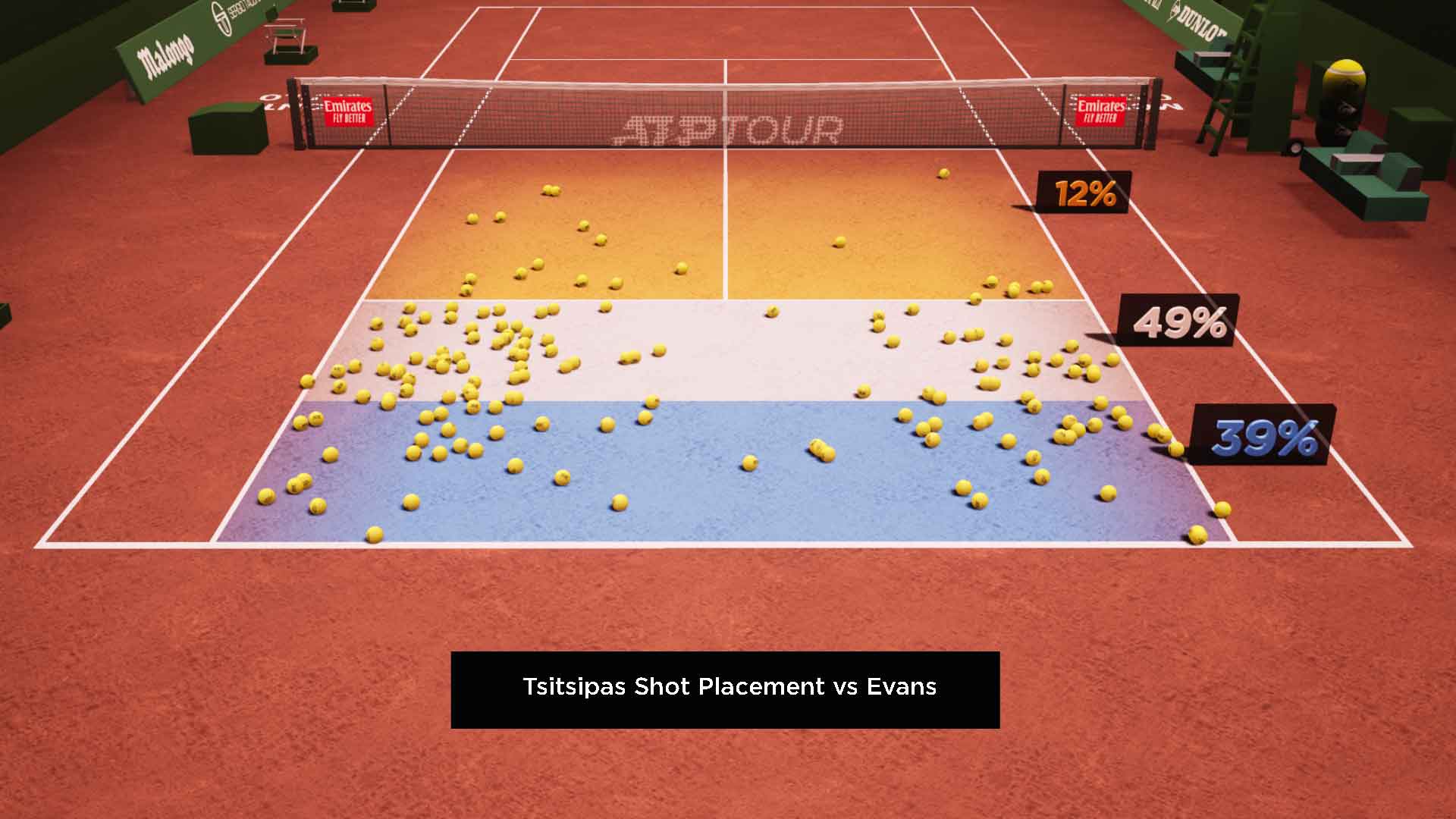 Tsitsipas is yet to drop a set at the Monte-Carlo Country Club this week. The 22-year-old, who has reached the quarter-finals or better at six consecutive events, defeated Aslan Karatsev, Cristian Garin and Alejandro Davidovich Fokina to book his third ATP Head2Head encounter against Evans (3-0).

The Greek will meet sixth seed Andrey Rublev in Sunday’s final. The 2019 Nitto ATP Finals champion is tied at 3-3 in his ATP Head2Head series against Rublev (1-1 on clay). They will meet for the second time in as many months after the Russian defeated Tsitsipas en route to the ABN AMRO World Tennis Tournament title in Rotterdam. Rublev took down Casper Ruud 6-3, 7-5 to reach his first ATP Masters 1000 final in Monte-Carlo.

“I'm feeling good. I'm feeling energised. I still have plenty of gas and energy left in me,” Tsitsipas said. “I was able to have all of my matches done in two sets, so that is a big plus. I am happy to be able to play that way, just take it match by match, approach each individual match with the same intensity and energy… I'm really focused for tomorrow.”

Tsitsipas will meet sixth seed Andrey Rublev in Sunday’s final. The Russian backed up his quarter-final win against 11-time champion Rafael Nadal with a 6-3, 7-5 win over Norway's Casper Ruud. Tsitsipas and Rublev are tied at 3-3 in their ATP Head2Head series (1-1 on clay).

In the first set, Tsitsipas found success by directing his groundstrokes into Evans’ backhand corner. The World No. 5 used the strategy to force Evans behind the baseline, and he punished short balls with powerful forehand winners into the open space.

Tsitsipas came to the net on 17 occasions throughout the match and his movement up the court proved crucial in the second set. The five-time ATP Tour titlist attacked Evans’ backhand and charged the net, before carving a backhand volley to break for 3-1. Tsitsipas raced to the finish line from that point to reach his 14th tour-level final (5-8).