Stefanos Tsitsipas will play Pedro Martinez in his opening match at the BNP Paribas Open.

Behind The Scenes With Tsitsipas In Indian Wells

ATP Staff
This article contains:
Greek is the second week at the ATP Masters 1000 event

Stefanos Tsitsipas is the second seed at the BNP Paribas Open, where he will attempt to win his first hard-court ATP Masters 1000 title. But before he plays his first match of the event against Spaniard Pedro Martinez, Tsitsipas completed a media day circuit on Wednesday.

ATPTour.com went behind the scenes with Tsitsipas...

4:42 p.m. - Tsitsipas was early for his media day. The Greek walked from the locker room to the main press conference room in Indian Wells, where he spoke to the world’s press over Zoom. The 2019 Nitto ATP Finals champion discussed why the BNP Paribas Open “feels like a big thing”, reflected on his experience at the Laver Cup in Boston, and more.

After 15 minutes, Tsitsipas departed and took a three-minute walk to a room where Tennis Channel had a special set erected for the taping of an upcoming segment with various players.

4:58 p.m. - After wiping his sneakers on a special pad meant to remove dirt from the soles, Tsitsipas walked onto the set and introduced himself to host Michael Kosta, a comedian who climbed as high as No. 864 in the FedEx ATP Rankings nearly two decades ago.

You May Also Like: Tsitsipas 'Excited' For Indian Wells Return

5:02 p.m. - During the interview, Tsitsipas showed both a spontaneous side and a thoughtful side. The Greek clearly took the time to give the best answer possible and often paused for a minute to think.

As fans have learned during his ascent, Tsitsipas loves technology, especially cameras. The 23-year-old was quick to figure out which cameras to look at and when to do so.

He is open to his fans, allowing them to get an inside look at his personality. Not every player would be willing to discuss crying behind a car as a child on television, but the Greek did not hesitate in this segment.

5:11 p.m. - The interview wrapped and Tsitsipas asked his team, “Can we do more of these?”

The World No. 3 did not rush out the door and instead looked over questions that were not used during the interview to consider how he would have answered. 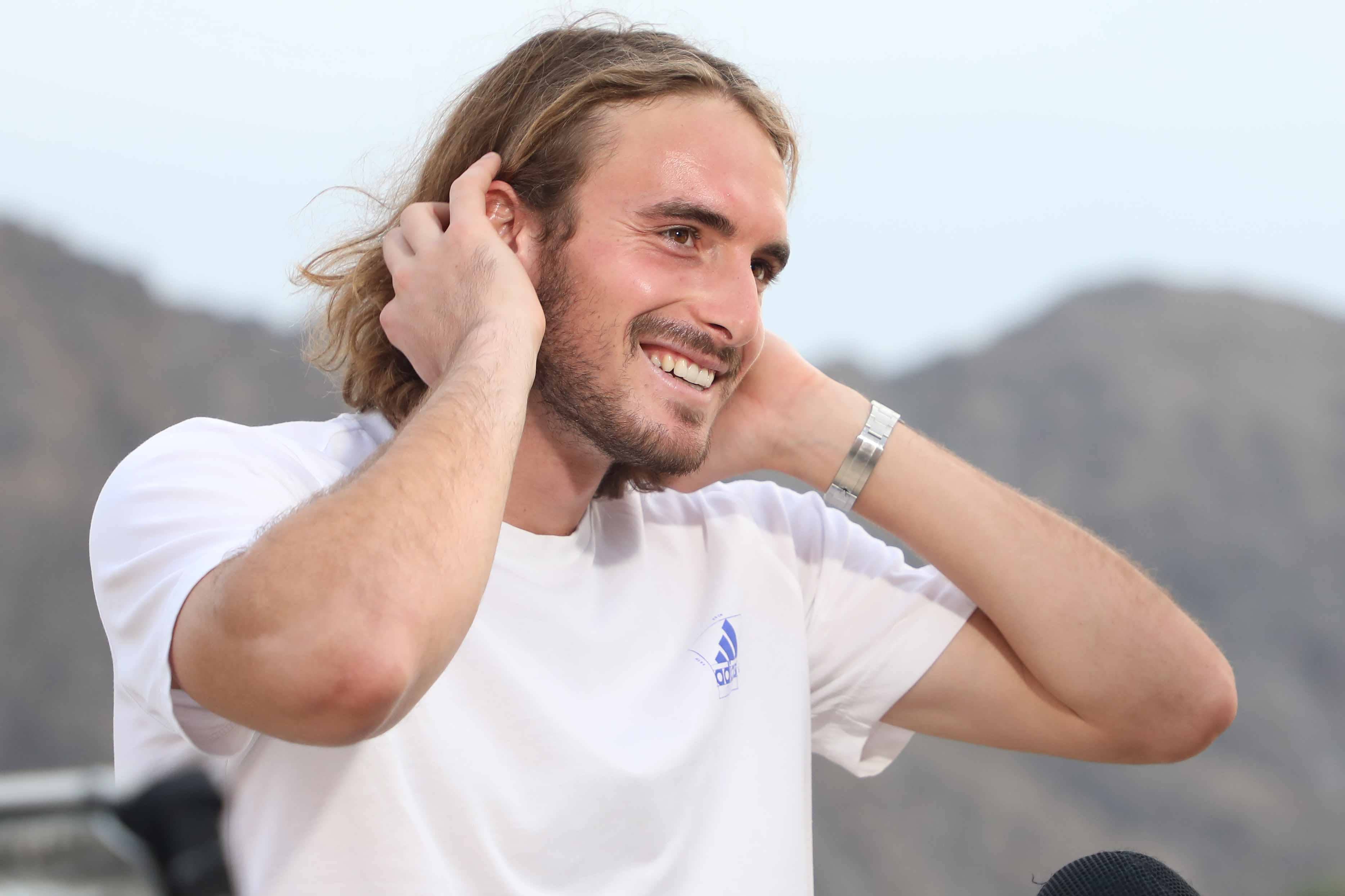 5:17 p.m. - Tsitsipas arrived on the TV balcony at the Indian Wells Tennis Garden, where broadcasters staged their crews for Media Day. He waved to the excited fans below.

“Can you wave again?” one of the fans shouts. Tsitsipas happily obliged.

The Greek first spoke with ATP Media, where he pulled out a Tsitsipasian philosophical nugget.

“Try and enjoy what you’re doing out on the court and just don’t always expect results. The results will come if you structure it the right way,” he said. “Sometimes I think we obsess over just putting too much into it and giving too much and sometimes you just have to take a step back and have a better view of the whole situation, of what you are trying to do.”

5:27 p.m. - Tsitipas completed his first interview on the balcony, and moved less than 10 feet to his left to record lines for the BNP Paribas Open.

“Welcome to Tennis Paradise,” the Greek said with a smile.

5:31 p.m. - The seven-time ATP Tour titlist moved to another broadcaster. During the interview, he discussed how his goal for the season was to qualify for the Nitto ATP Finals in Turin. One of three singles players who has already qualified, Tsitsipas added that he wants to finish the year inside the Top 3 of the FedEx ATP Rankings.

5:38 p.m. - Tsitsipas took a few steps to the final stop of his media tour, where cameramen prepared to film him completing a volley challenge. But first, the 23-year-old asked about their interview setup, curious about when they would use a boom microphone rather than a lavalier microphone to record sound.

After completing the volley challenge against the balcony wall, Tsitsipas wanted to try it again. His reaction to his effort was to ask himself a question: “Stick to singles?”

Tsitsipas will play Martinez on Sunday in a rematch of their encounter in the second round of Roland Garros earlier this year, won by the Greek in straight sets.