Berrettini to meet Khachanov in third round

Stefanos Tsitsipas said he "fought like a lion" on Thursday to put pay to the valiant challenge of Australian Thanasi Kokkinakis at the Australian Open.

"[It was a] great match towards the very end, and I fought like a lion," said 2019 semi-finalist Tsitsipas. "I fought like a real warrior out there, and it was an amazing ending with lots of emotion and great spirit.”

Kokkinakis, who has played just 73 tour-level matches since turning pro in 2013, left the court to a huge ovation. His 6-4, 6-1, 6-1 first-round win over Soonwoo Kwon on Tuesday was his first main draw match win at the Australian Open since 2015. Tsitsipas hit 78 winners and withstood 23 aces from Kokkinakis, who, free of injuries, will surely be back at the highest level before too long.

“I think he has a huge forehand, [a] very good serve," said Tsitsipas. "All the potential is there. I really hope he stays injury-free, because it can be very frustrating. I have dealt with it, and I know it's very difficult mentally to go through things like this. I just wish him good health and that he can compete an entire year without any pain or anything bothering him.” 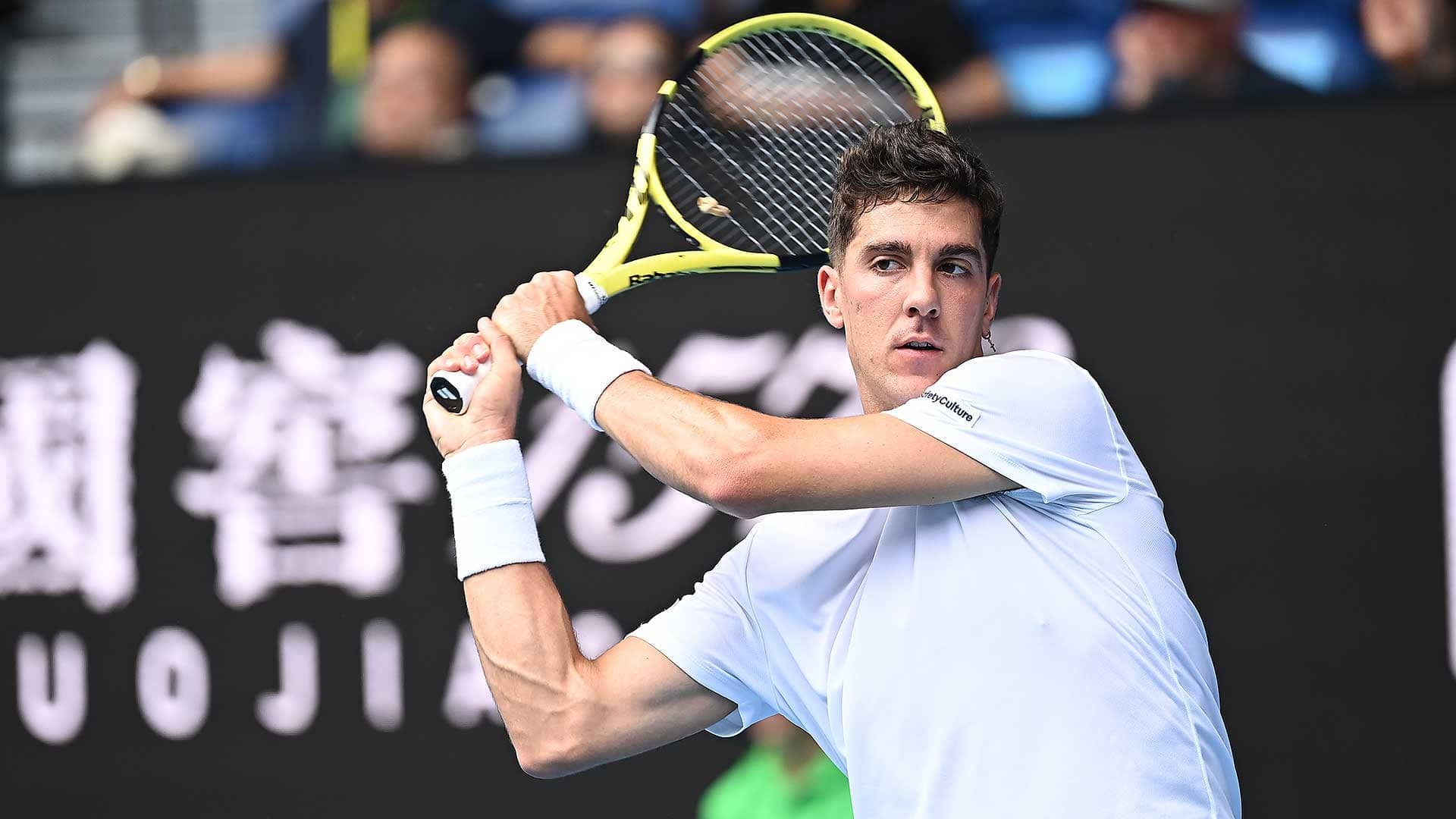 Kokkinakis, whose catalogue of setbacks since rising to No. 69 in the FedEx ATP Rankings in June 2015 would send most players into retirement, delighted the Rod Laver Arena crowd by saving two set points at 4-5 en route to clinching the first set.

But the effort it took weighed heavily on 24-year-old Kokkinakis, who has played just five tour-level events since the 2019 Australian Open. Tsitsipas gained control of the longer rallies, converting his fifth break point in the third game of the second set and the Greek carried the momentum in a third set that included three service breaks.

With a smile, Kokkinakis once again engaged the majority support on Melbourne Park’s main stadium court, with a willingness to fight in the third set. Was Kokkinakis getting a second wind?

Tsitsipas kept attacking, ensuring Kokkinakis stayed on the move behind the baseline. Both players rolled through their service games in the fourth set until the 10th game, when Kokkinakis saved a match point with a powerful serve in a 12-minute hold. It re-energised the crowd. Kokkinakis saw a 5/1 lead evaporate in the fourth-set tie-break, but the Australian didn’t panic. He ripped a backhand winner down the line to convert his first set point at 6/5.

Tsitsipas applied the pressure in the decider, but through 29 minutes the pair had played just three games. Kokkinakis saved two breaks points in both the first and third games, but two consecutive groundstroke errors gave Tsitsipas the break at 2-2. Kokkinakis continued to fight, but Tsitsipas made sure of his service games and recovered from 15/30 at 5-4 for victory.

“He was serving pretty well [and] gave me a hard time,” said Tsitsipas. “Even though the court was slow, I had difficulties returning… [There were] lots of missed opportunities, break points that I had. He just managed it really well. He's capable of a lot of things. He played phenomenal tennis. I didn't have the best start in the match. [It] took me a while to get used to the rhythm, the pace… My fighting spirit was there. When I had to play, I played. It's something that he was also dealing with really well. He was able to concentrate and serve big serves on crucial, important moments, which was very frustrating. I won't lie.

Tsitsipas’ next opponent, 2019 Next Gen ATP Finals competitor Ymer, eliminated #NextGenATP Spaniard Carlos Alcaraz 2-6, 6-4, 6-4, 7-6(5) after three hours and eight minutes. After a sloppy first set, the Swede cut down his mistakes and put pressure on the highly touted 17-year-old to make difficult shots from tough positions.

Alcaraz battled hard throughout the match, breaking serve eight times. But once Ymer found his rhythm, the teen often found himself battling from behind. Alcaraz recovered from a break down twice in the fourth set to force a tie-break, and fought back from 2/5 down to get back on serve. But he was unable to claw into a fifth set, with 60 unforced errors proving his undoing.

Earlier in the day, ninth seed Matteo Berrettini advanced to the Australian Open third round with a 6-3, 6-2, 4-6, 6-3 victory against #NextGenATP Czech Tomas Machac. The 2019 US Open semi-finalist, who struck 48 winners throughout the two-hour, 39-minute encounter, earned immediate breaks in each of three sets he won.

Machac was able to apply scoreboard pressure in the third set and he claimed his only break of the match when Berrettini committed four forehand errors while serving to stay in the set at 4-5. The 20-year-old was making his Australian Open debut this year. Machac qualified for the main draw without dropping a set and recorded his maiden tour-level win in the first round.

Berrettini will attempt to extend his unbeaten 3-0 ATP Head2Head record against Karen Khachanov in the third round. Khachanov needed more than three hours to battle through a tight four-setter in his opening match at this year's Australian Open. On Thursday, the action was far more straightforward for the Russian.

The 19th seed ousted Lithuanian Ricardas Berankis 6-2, 6-4, 6-4 in one hour and 57 minutes to reach the third round for the third consecutive year. 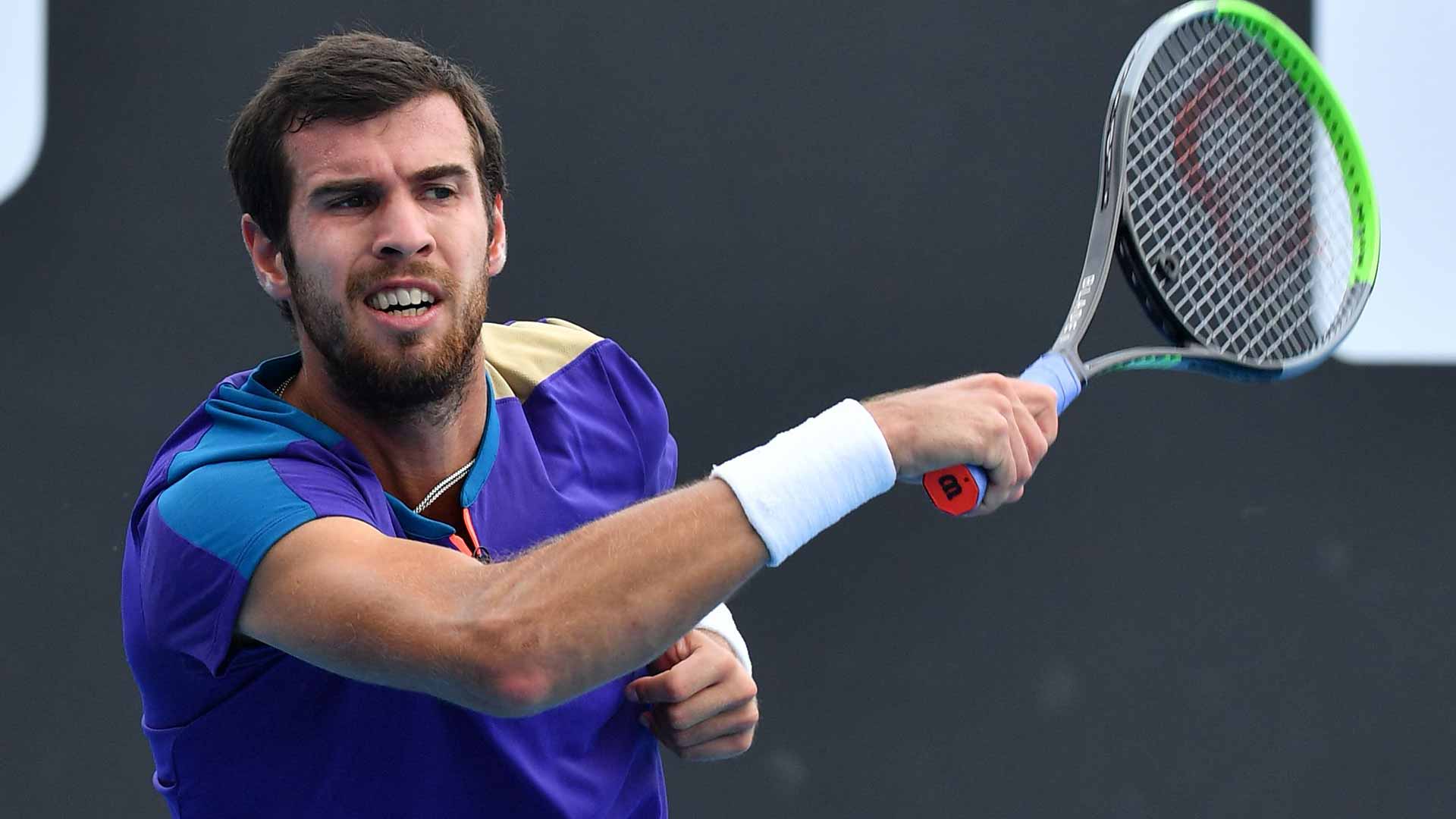