Stefanos Tsitsipas is looking to continue his best Roland Garros showing yet this fortnight.

Stefanos Tsitsipas made more Greek history on Saturday afternoon en route to his first Roland Garros fourth round. The 20-year-old reigning Next Gen ATP Finals champion became the first Greek – man or woman – to make the Round of 16 at Roland Garros since Lazaros Stalios in 1936.

“I'm proud, proud to be the first one in Open Era,” Tsitsipas said. “I think there is more than that, in my opinion, more records to break than just this.”

Krajinovic served for the third set late on Friday evening at 5-3 but was broken. The Serbian, though, regrouped on Saturday and twice led by a break in the fourth set. He even had a set point at 6/5 in the fourth-set tie-break to force a deciding set.

Tsitsipas, however, erased the set point and made his third Grand Slam fourth round (2019 Australian Open, 2018 Wimbledon). “It's really tricky when you come back after a day... It's very psychological,” Tsitsipas said.

He will next face Stan Wawrinka on Sunday.

“It seems like he has found his form, his game. And as we all know, he did quite well at [Roland Garros] plenty of times, not just once,” Tsitsipas said. “He's a dangerous player. He knows clay very well. He has a big game.” 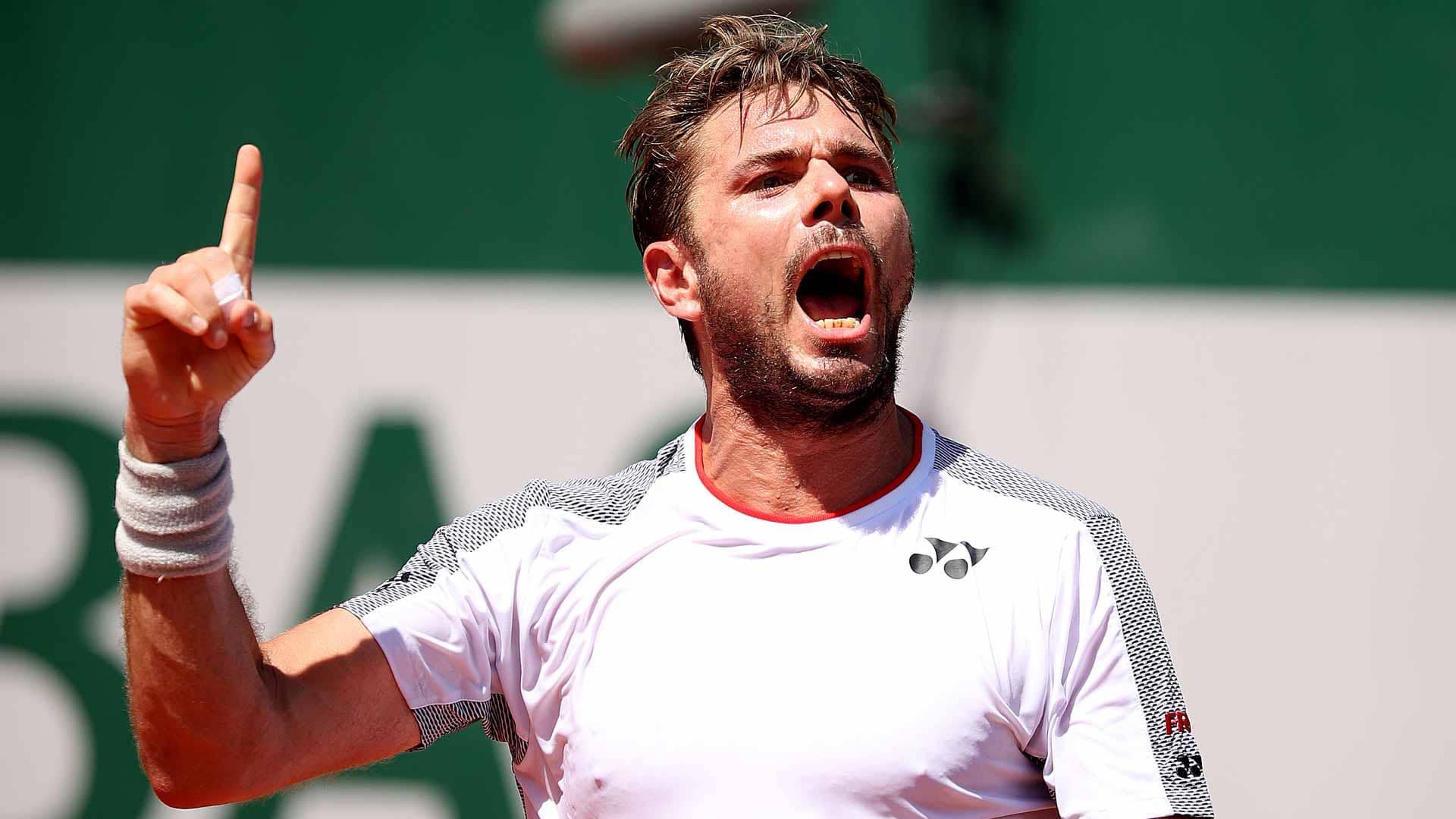 Wawrinka booked his spot in the fourth round with a gritty 7-6(5), 7-6(4), 7-6(8) win over close friend Grigor Dimitrov. The Swiss needed three hours and 16 minutes to dismiss the Bulgarian, claiming the 500th tour-level victory of his career.

“I think it was another great match after the run against [Cristian] Garin. I think against Grigor, it was a really tough battle. We both played well,” Wawrinka said.

One year after suffering a surprise first-round defeat at Roland Garros, Wawrinka is back in the Round of 16 for the eighth time. The 2015 champion fired 57 winners to move into the second week in the French capital and continue his push towards a Top 20 return in the ATP Rankings for the first time since March 2018.

He and Tsitsipas have practised a few times but this will be their first FedEx ATP Head2Head meeting. “He always looks like he gives himself a lot of time to play. He doesn't feel like under pressure. So he's playing the game well,” Wawrinka said.

His third-round match was suspended due to darkness on Friday with Wawrinka leading by two sets, and Dimitrov had his sights set on extending the drama even further when they resumed play. He broke the former champion, who was serving for the match at 5-4, and forced yet another tie-break.

Dimitrov streaked to a 6/2 lead, but Wawrinka denied the four set points, including a dramatic exchange at 6/4 that saw the Bulgarian break his string. In what proved to be a riveting conclusion, Wawrinka produced the shot of the match at 8/8, as Dimitrov had him on the sprint to the corner, but the Swiss crushed a running backhand winner that caught the baseline. One point later, Wawrinka lifted his arms in triumph.

The 34-year-old edged ahead in their FedEx ATP Head2Head series by 5-4, completing a Grand Slam of victories over Dimitrov. He most recently prevailed in the first round of Wimbledon last year, as well as the first round of the US Open. In 2011, Wawrinka won at the Australian Open in what was their first encounter.