Greece's #NextGenATP star Stefanos Tsitsipas opens up about how the Greek fires have affected him.

Resurfaced: 'It Won't Get Easier. I'll Only Get Better'

Stefanos Tsitsipas
This article contains:
In the fifth instalment of ATPTour.com's 'My Point' series, Greek Stefanos Tsitsipas writes about the struggles his country has faced and why he's motivated to make Greek tennis history

Editor's Note: ATPTour.com is resurfacing features to bring fans closer to their favourite players during the current suspension in tournament play. This story was originally published on 17 September 2018.

It was as if we were landing in Hell. Everywhere we looked, we saw fire.

About 10 years ago, my family and I were returning from a winter vacation in Paris. We were 30, maybe 40 kilometres away from the airport when everyone on the plane started yelling and staring out the windows.

It was dark, so we couldn't see a lot, but what we did see scared me more than anything ever has: Attica, a region of Athens, was burning.

We hadn't been informed before the flight that the airport was surrounded by fire, so questions raced through our minds: Where were we going to land? Would we even be landing?

Eventually, we did land, and then we drove back home, away from the flames. I remember seeing fire on both sides of our car. We turned on the TV and every channel showed the same thing: Attica on fire.

Up until July, I had never felt more pain for my country.

Greece is who I am. I bleed blue. I don't understand how some guys don't feel that way about their country. Are you kidding me? Everyone should be proud of where they come from. Πάμε! (Come on!)

It's easy to love Greece, though. We have the most amazing, richest language that allows you to express yourself so well. We have the landscape, the water, the beaches, the history. We have friendly citizens everywhere you go. I'm in love with my country.

That's why it hurt so badly to see fires destroying Athens 10 years ago, and why it hurt so much two months ago to see and read about the fires affecting hundreds more people, including my good friend Alex, or Alexandros, Caldwell.

We were best friends as kids and played at the Greek nationals together, from the eight and unders to the 14 and unders. I felt lucky to know Alex. It's not often you find such nice kids with whom you can trust and be true friends.

Now he and his family live in the northeast part of Athens, where fires have done terrible things, burning through forests and killing dozens of people. And that's where he was in July, waiting for his mom to pick him and his sister up so they could escape the fires. Alex was running around the house, trying to grab all of their stuff. But they didn't have time. The fire was too close.

They drove to the beach and when Alex opened the door, flames rushed to his face. He started sprinting to the water. All around him was horror: People on fire, screaming in terror, running to the water. Alex and his family made it past the rocks and to the water, but too many others didn't.

After hearing his story, I was devastated. It was one of the worst things that I’ve ever heard in my life.

The only way I could show Alex love and appreciation for how he managed to overcome everything was the Facebook fundraiser we did, when we raised three times the amount of money we hoped to get. To everyone who helped, thank you.

Alex, like me, doesn't get back to Greece as often as he'd like. He plays tennis at Radford University in the U.S. Maybe we got along so well because we're different from so many other Greeks. We have discipline.

I have many cases of friends and people who I know could have played tennis at a high level, but they weren't committed. They missed home too much or couldn't stand the travel.

From an early age, I knew that travelling and spending time away from my country would be my biggest challenge in tennis. But I've learned to love travelling. I embrace it. It expands your horizons. You meet new people and see new places.

I also know that I have to travel. To achieve my dreams, I have to stay at hotels most of the year and come back to Greece only every few months. But that's my job, and even though I don't always want to do it, I do, which takes discipline, a trait that I have thanks to my mixed background.

My father is Greek, and my mother is Russian. My father focused on the technical aspects of my game – developing my one-handed backhand, my net skills and helping me always take the ball early. 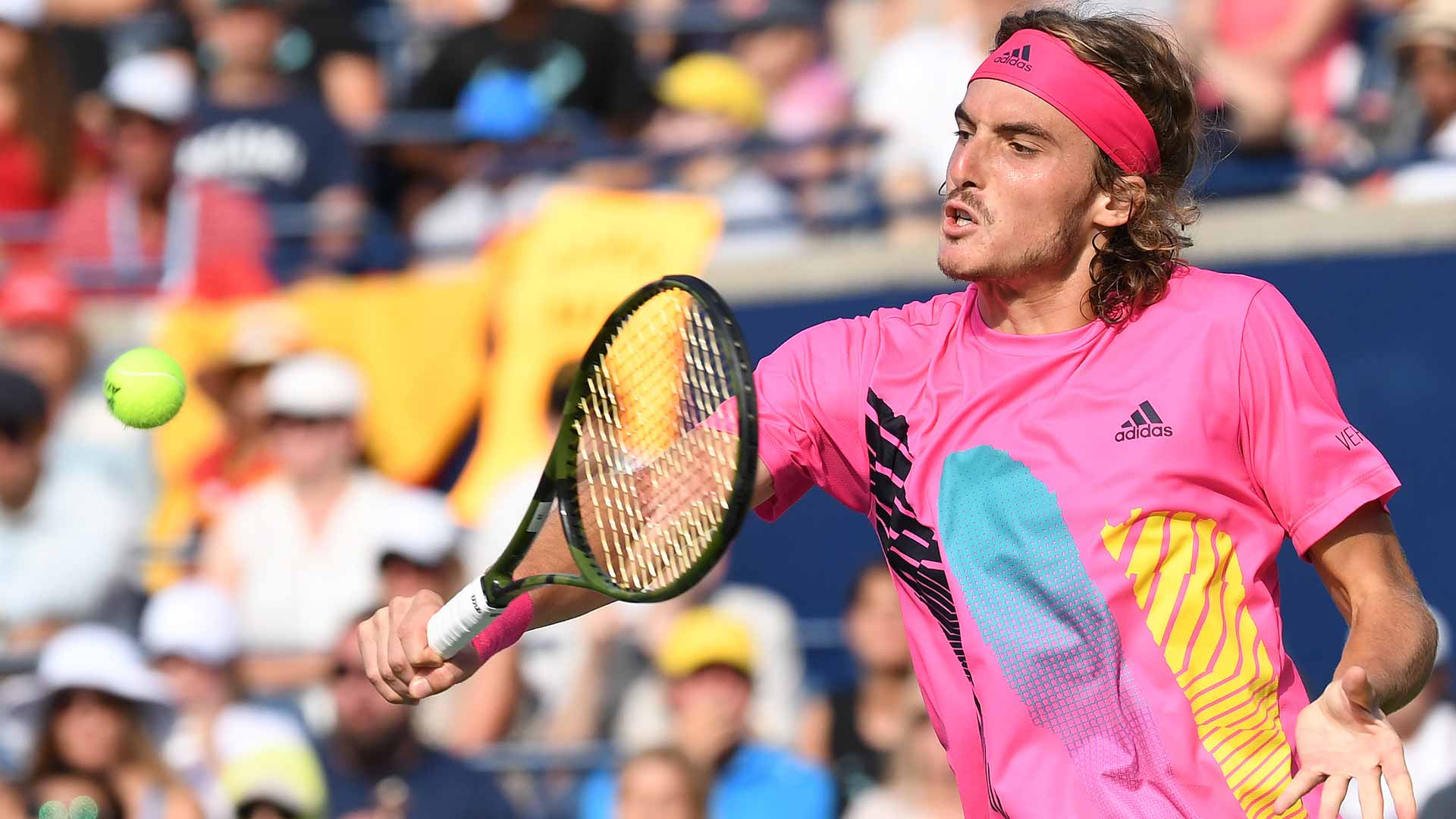 My mother focused on the discipline. She wasn't strict, exactly. I've seen strict tennis parents. She was very demanding, in a good way. She always demanded that I do my best. “Do your job and be satisfied that you are out on the court doing what you love,” she would tell me.

I used to cry a lot when I lost matches. Other times I reacted even worse. Sometimes I would just freak out and run away from my parents and hide somewhere so they could never find me. I felt so embarrassed, so ashamed of my performance that I couldn't face them, or anyone.

I'd hide behind cars for one hour, sometimes one hour and a half. My parents would look for me and call out my name but I refused to show my face. I hated losing. It felt like the end of the world.

My mom used to try to calm me down. “It’s all right. It just takes time. Try to do better the next time.”

When I was a kid, tennis was everything to me. My dad travelled with me. He, like my mom, isn't a regular parent. He quit his job when I was 12 to help me achieve my dreams. That takes guts. How many dads would take such a risk?

But people who do well in sports have to have that something different, no matter if it comes from your mom, your dad or your coach. The Greek team that won Euro 2004? They had that something.

They didn't want to, they simply didn't want to be who everyone else was – they wanted to go out and explore the world and be the best at what they did. They made our country so proud. 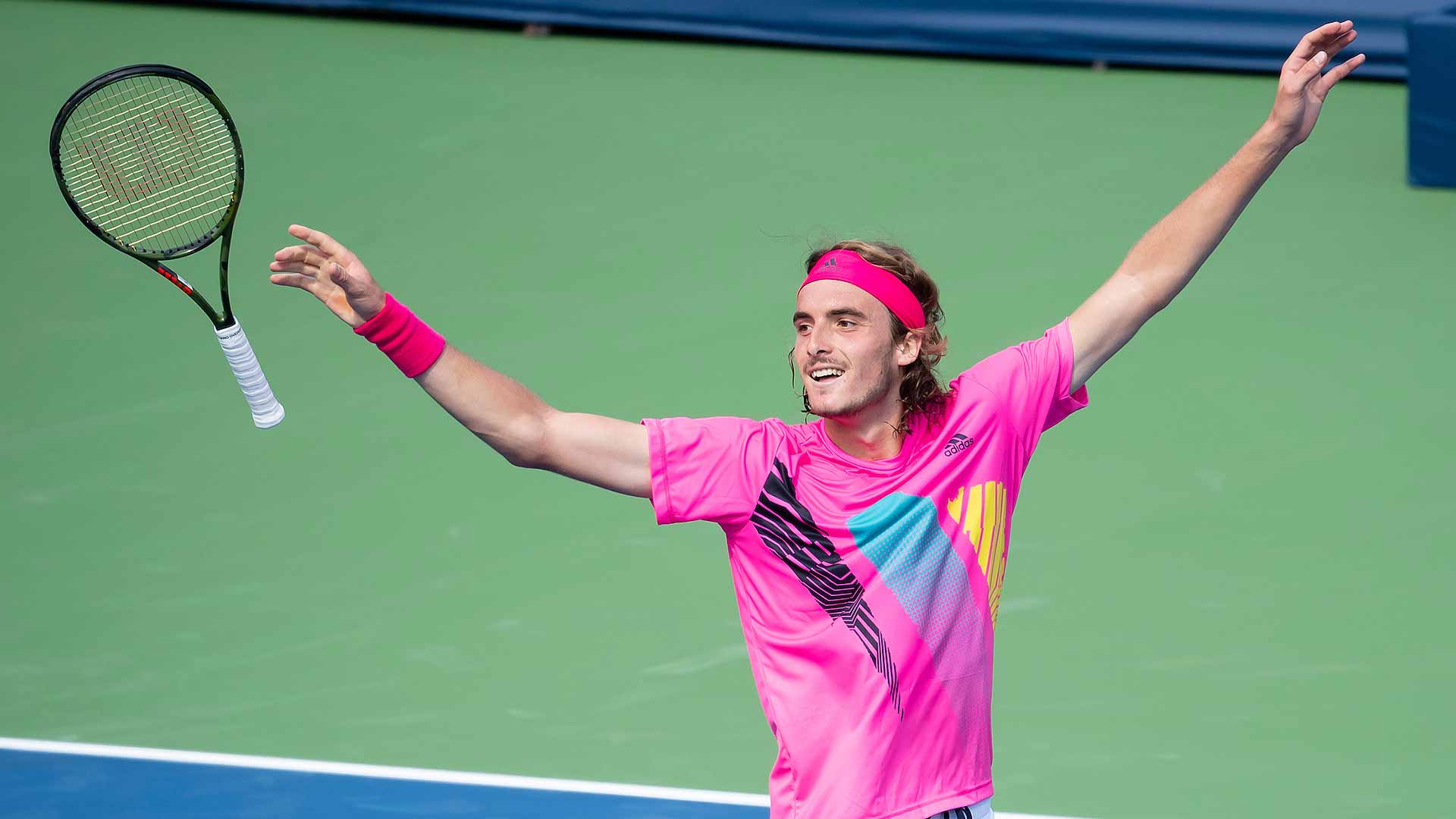 I always know I'm on court for a reason – to complete a job and make something at its finest. I'm super hungry to win matches and get up in the ATP Rankings, to be the best in my country. Pressure about leading Greece? Never.

It's very motivating to be the one who can create history in Greece and have kids look up to me later. They, like my parents did after my early losses, can be the ones chasing after me and shouting my name. I can inspire them and be the leader of tennis in Greece.

When I think about the victims of the fires, it makes me even more thankful for everything that I have and all the opportunities that await. It makes me so motivated to work hard to achieve the most that I can.

It won't get easier. I'll only get better.