Stefanos Tsitsipas does not face break point in his quarter-final win against Vasek Pospisil in Marseille.

Tsitsipas Steps Up In Marseille; Bublik Battles Past Shapovalov

Stefanos Tsitsipas continued his title defence at the Open 13 Provence on Friday after a 7-5, 6-3 victory over Vasek Pospisil in 87 minutes. He will now play Alexander Bublik for the first time in the semi-finals.

“It wasn’t easy, I knew I’d have to fight and be dynamic,” said Tsitsipas. “He plays a very aggressive brand of tennis, so every point has to be treated respectfully. I played with passion and patience, and my fighting spirit, when I’m in the right zone, means good things can happen.”

There was little to choose between both players in the first set, which turned at 5-5 when Pospisil hit a backhand long to hand Tsitsipas a break. The Greek closed out the 45-minute opener with an ace.

Second seed Tsitsipas hit a backhand return at the feet of a net-rushing Pospisil at 3-3 in the second set to earn a service break for a second time. He didn’t look back, winning 10 straight points. Tsitsipas hit eight aces and won 26 of 30 first-service points in the pair's first tour-level meeting. 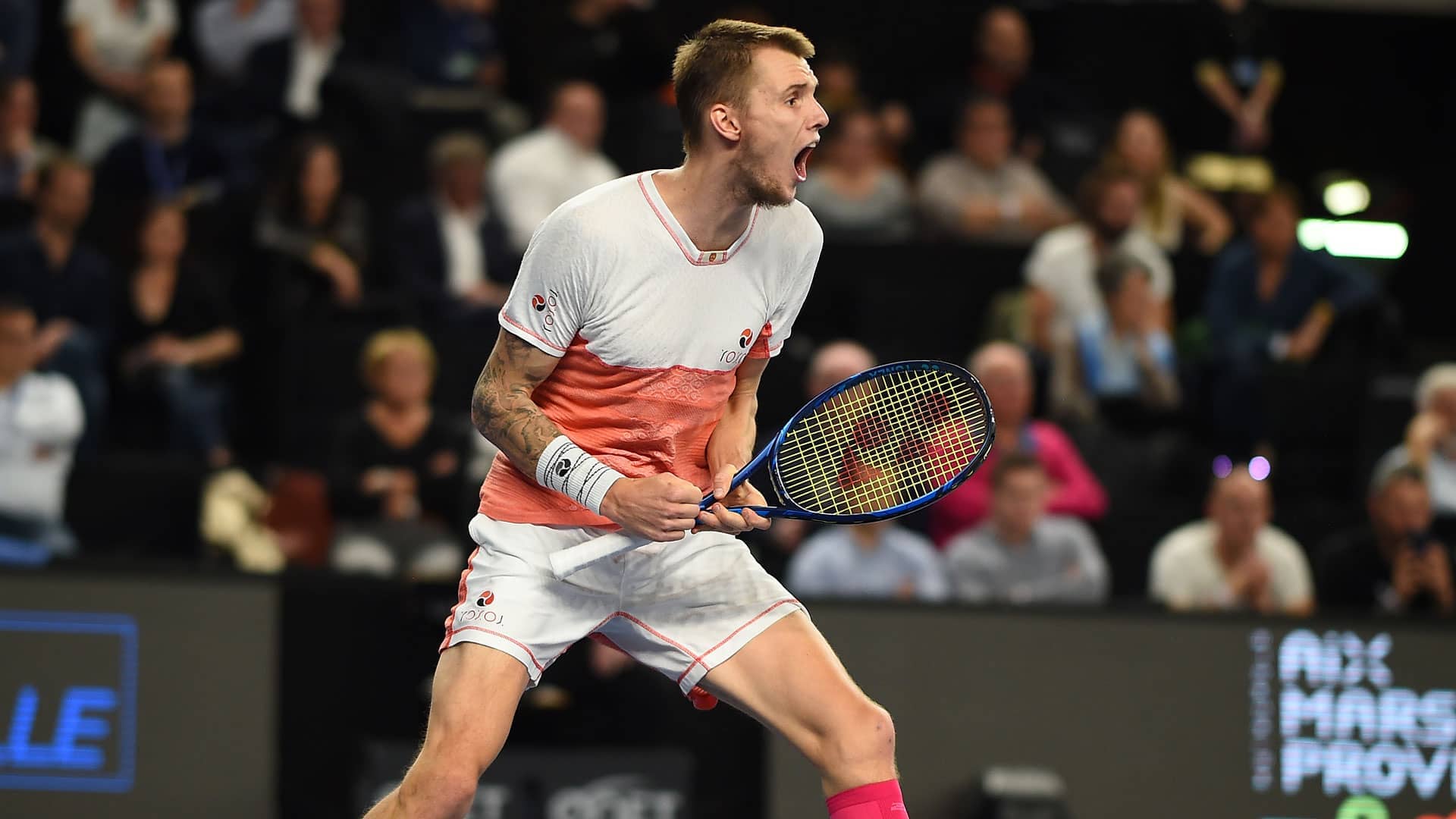 Earlier in the day, Bublik booked a place in the third ATP Tour semi-final of his career by beating fourth-seeded Canadian Denis Shapovalov 7-5, 4-6, 6-3 in two hours and 18 minutes. It was his biggest match win since overcoming then No. 13-ranked Roberto Bautista Agut in October 2016 at the VTB Kremlin Cup.

“He’s a great player and server,” said Bublik, in an on-court interview. “It was our first match, but I’ve known him for a very long time. I was happy to break in the first set, then in the second set he was better, and I had my chances in the third and I held on. So I’m very happy.”

Bublik, who saved a total of four break points in the first set, including from 0/40 at 4-4, got his reward at 6-5 when he drew Shapovalov to the net only for the Canadian to hit a forehand volley wide at 30/40 to end the 45-minute opener. Bublik had lost just three of his first-service points.

The pair exchanged service breaks early in the second set, before there was a 10-minute suspension in the sixth game when a female spectator fainted in the stands. Bublik missed three opportunities to take a 4-2 lead, notably hitting a forehand approach into the net on his first break point, and paid the price when Shapovalov anticipated a drop shot to break serve in the next game. Shapovalov closed out the set with his third ace.

Bublik, who let slip a 2-0 lead in the decider, was gifted a 5-3 advantage when Shapovalov hit a forehand wide and closed out the match with a hold to love.