Novak Djokovic and Pablo Carreno Busta will play for the fifth time in their ATP Head2Head series (Djokovic leads 3-1) in the Roland Garros quarter-finals.

Only one spot in the Roland Garros quarter-finals remains. Will World No. 1 Novak Djokovic continue his pursuit of a second Roland Garros title, or will 17th seed Pablo Carreno Busta spring a stunning upset?

Djokovic has not dropped a set through four matches in Paris for the third time, and he will try to continue his impressive form against the Spaniard.

“Carreno Busta is someone that is obviously very solid. I think he actually improved his game in the last 12, 15 months on all the surfaces. I mean, playing semi-finals in the US Open proves it,” Djokovic said. “Has very good hands, great return. Puts you under a lot of pressure.

"He moves very well. Obviously, as all the Spanish players, he grew up playing on clay, even though probably his game fits the hard court, kind of slower hard courts, the most.” 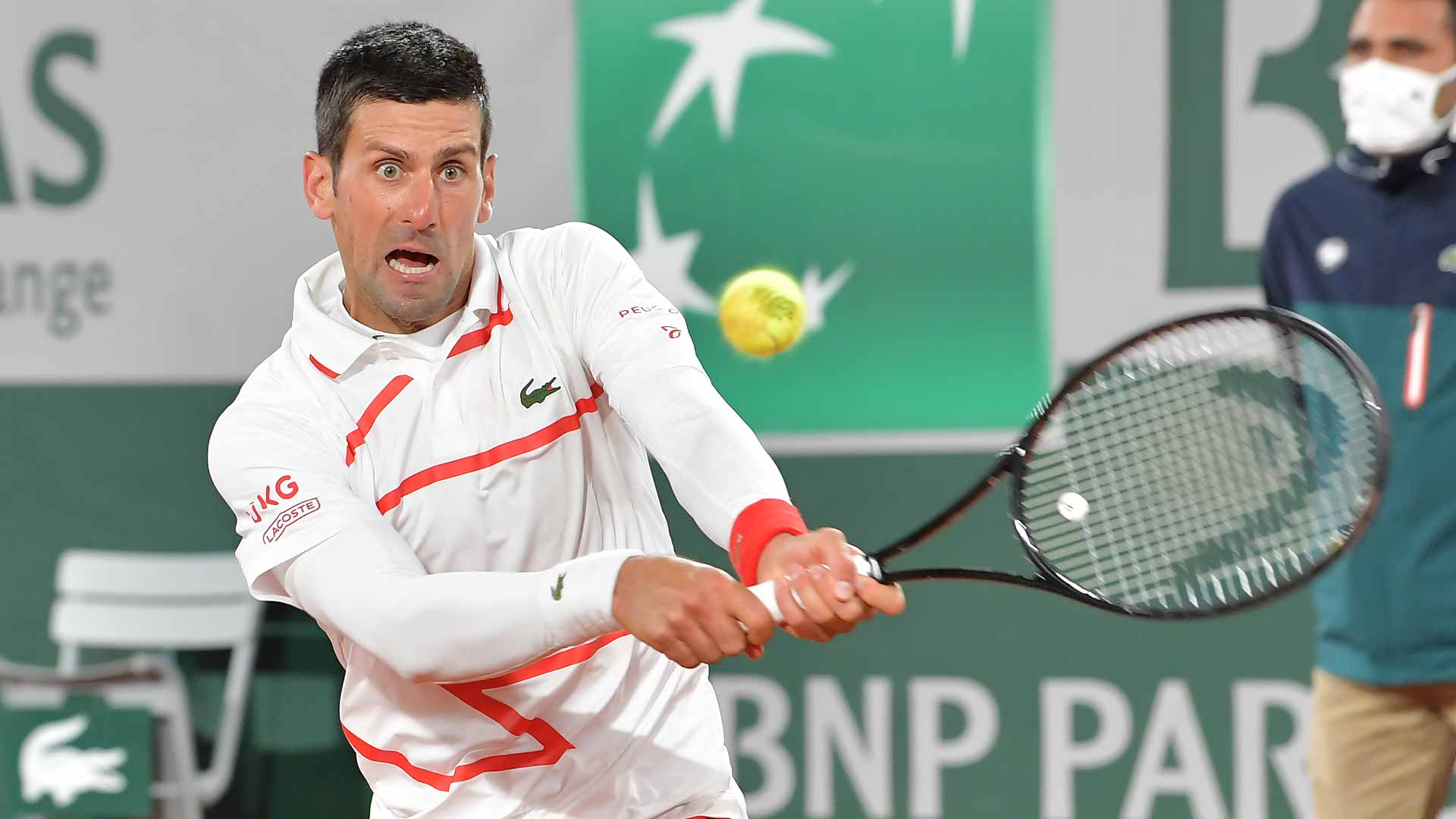 The Spaniard, a two-time US Open semi-finalist, is bidding for his first trip to the last four at this event. In 2017, he reached his first Grand Slam quarter-final at Roland Garros.

“Maybe these kind of conditions also fit him nicely because the ball doesn't bounce too high, he plays quite flat from both corners. He actually likes [the] slower surface,” Djokovic said. “Similar to Bautista [Agut], he waits for the opponent's mistake, but he can also come in, step in, play his backhand down the line. He's a very complete player.”

Djokovic carried plenty of momentum, fresh off his victory at the Internazionali BNL d’Italia in Rome. The Serbian is 35-1 in 2020 and he can win his 18th major trophy this fortnight.

“Another match against the No. 1 of the world. He won two weeks ago in Rome. He's winning his matches here in Paris not easily, but comfortably. It will be a really tough match,” Carreno Busta said, “For sure he will be at 100 per cent again. I will try to do my best to try to beat him.”

Djokovic leads their ATP Head2Head series 3-1, with two of those meetings coming on clay, both at the Rolex Monte-Carlo Masters. In 2014, Djokovic only lost one game against the Spaniard. But in 2017, their clash went to three sets. If the top seed triumphs Wednesday, he will reach his 10th Roland Garros semi-final.