Greek to play World No. 1 Djokovic on Friday

Stefanos Tsitsipas powered through to his second Grand Slam championship semi-final on Wednesday at Roland Garros.

Fifth seed Tsitsipas avenged his recent Hamburg European Open final loss to No 13 seed Andrey Rublev of Russia with a 7-5, 6-2, 6-3 victory over one hour and 55 minutes on Court Philippe-Chatrier.

“I felt comfortable playing on this court and despite getting off to a bad start and being a break down, I remembered what a big fighter I am,” said Tsitsipas, in an on-court interview with Cedric Pioline. “It’s also about finding solutions in difficult moments and I managed to put my brain to work.”

Tsitsipas, who improves to a 27-9 match record on the season, won five straight games from 3-5 down in the first set en route to recording his second win over Rublev in their fourth ATP Head2Head meeting.

The 22-year-old Greek will next challenge World No. 1 and 2016 champion Novak Djokovic of Serbia in the semi-finals on Friday. Tsitsipas, who lost to Rafael Nadal in the 2019 Australian Open semi-finals, has a 2-3 record against Djokovic. 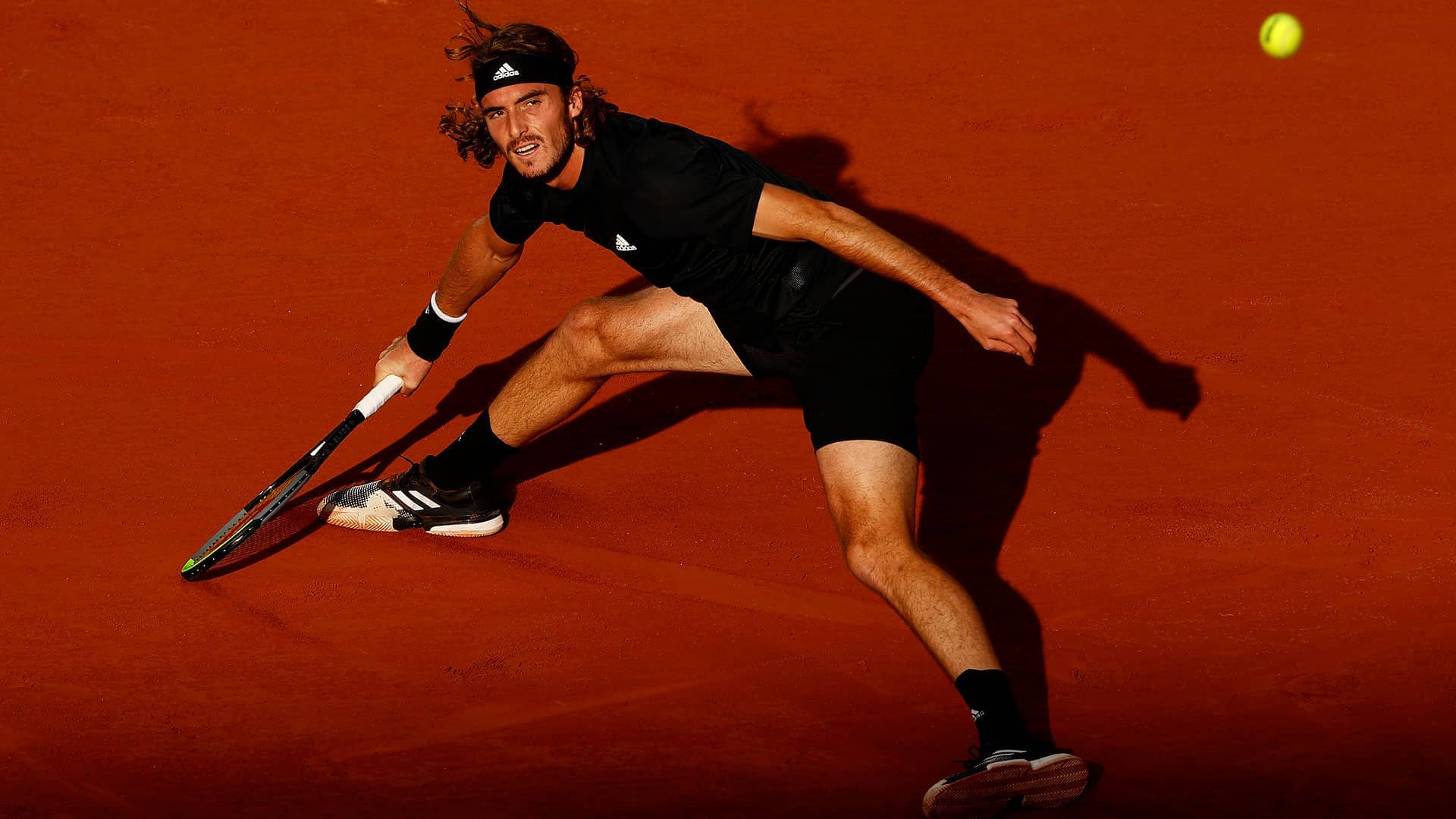 Rublev broke clear in the fifth game with a forehand drop volley winner and held his advantage to 5-3, when he came within three points of the set. However, Tsitsipas grew in confidence to break back and was handed the 48-minute first set when Rublev over-hit a forehand long. It was the first time that Tsitsipas had won a first set against Rublev, who won their first tour-level meeting at the 2019 US Open, 6-4, 6-7(5), 7-6(7), 7-5.

Tsitsipas, who won five straight games from 3-5 in the first set to 1-0 in the second set, fortuitously broke for a 4-2 advantage in the second set, when a backhand rose sharply off the top of the net at 15/40 to catch Rublev off guard. Tsitsipas continued to draw Rublev to the net and the Russian buckled under the pressure at 2-5, losing his serve for a fourth time when he hit a backhand long.

There was no way back for Rublev, who was broken in the fourth game of the third set. Rublev saved one match point at 2-5, 30/40 with an unreturned serve, but Tsitsipas wasn't to be denied for long. The Greek soon completed victory with his 35th winner of the match, a forehand volley.

“I was just probably returning better,” said Tsitsipas. “For sure, I had less unforced errors… He missed a few shots that he didn't before. I think tactics changed after [that]. I started to feel my game a bit better. I started feeling my movement on the court better [and I] became slightly more comfortable moving around the court, hitting at the same time.”

Rublev, who also won the Qatar ExxonMobil Open (d. Moutet) and the Adelaide International (d. Harris) in January, is now 29-7 on the season — second only to Djokovic, who currently has a 35-1 record.

“I think I played well in the first set,” said Rublev. “I had good chances. In [the] important moment, when I need to serve for the [set], I didn't make it. But it's part of the sport… Then, after the first set, he started to play really, really well. In my case, I was playing not bad. [I made] some little mistakes.”