Second seed Stefanos Tsitsipas beats Jan-Lennard Struff on Thursday for a place in the Dubai semi-finals.

Stefanos Tsitsipas dug deep to beat hard-hitting Jan-Lennard Struff on Thursday night for a place in the Dubai Duty Free Tennis Championships semi-finals. The second seed and 2019 runner-up was never comfortable, but stepped up towards the end of a 4-6, 6-4, 6-4 quarter-final victory in two hours and 23 minutes at The Aviation Club.

The match turned in Tsitsipas favour in the final 10 minutes, at 4-4 in the deciding set, when Struff paid the price for failing to convert a 40/0 lead. The Greek, who successfully retained his Open 13 Provence crown last week, hit 31 winners — 10 fewer than Struff (41) — in their fourth meeting.

“I had to give it my all,” said Tsitsipas, after recording his 10th match win of 2020. “I knew it wasn’t going to be easy, as he’d beaten me a couple of times. I fought, I suffered on the court and I am really happy and proud to have kept the winning mindset and managed to get the break at the end.”

The 21-year-old will next face Briton’s Daniel Evans, who handed sixth seed Andrey Rublev just his third loss of the season in a 6-2, 7-6(9) victory in the first singles match of the day.

Struff, aiming for his third straight victory over Tsitsipas, stepped up and played aggressively throughout the first set to create three set point chances at 5-4. Tsitsipas recovered to 30/40, after Stuff hit two forehands into the net, but was unable to deny the German on his third opportunity when he attacked the net to hurry Tsitsipas into mistiming a forehand. Struff hit seven of his 13 winners off his forehand in the 45-minute opener. 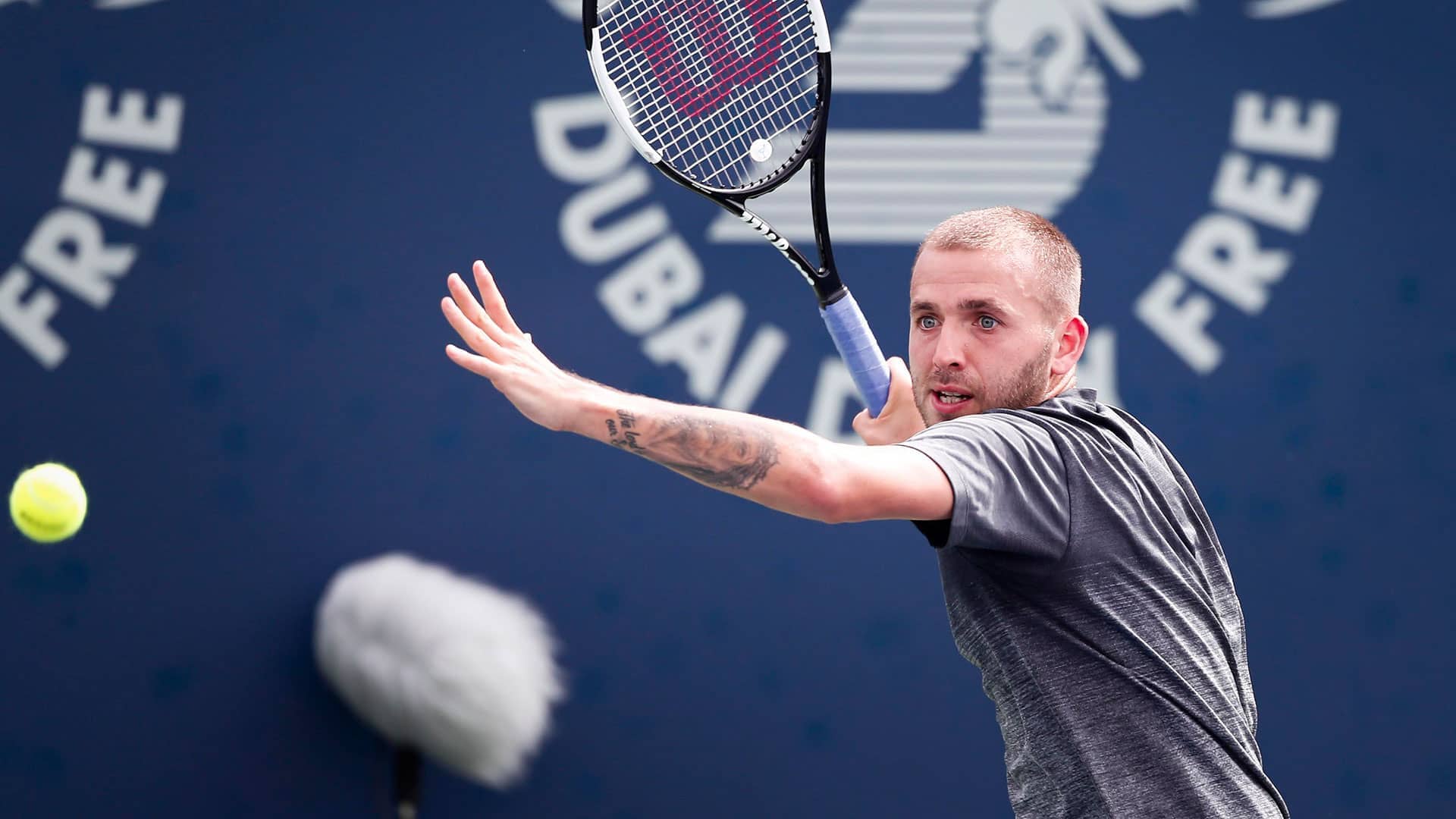 Earlier in the day, Evans played with great assurance to frustrate Rublev. The Briton moved through to just his fourth ATP Tour semi-final — and his first an ATP 500-level — in two hours and 11 minutes.

The 29-year-old, who lost to Rublev at the Adelaide International in January, recovered from 1-3 down in the second set and first served for the match at 5-4. He later saved two set points at 5/6 and 8/9 in the second-set tie-break, and finished the encounter on his third match point.

“I made a mess of some of the match points, especially my service game at 5-4 [in the second set],” said Evans. “I just stayed in there and knew I’d get my chances. I’m very happy with the way I played. Staying calm is the key, also getting the right balance and being aggressive with my feet. I’m happy to come through and I’ll prepare for tomorrow.”

Evans carved up Rublev with his backhand slice and with aggression on his forehand, breaking in the first (forehand winner) and fifth (Rublev forehand error) games of the first set to leave his Russian opponent frustrated. Evans completed the 50-minute opener, after coming through a 12-minute service game that included five break points for Rublev, who made a forehand error on Evans’ third set point.

Rublev took a 3-1 lead in the second set, but Evans battled back to win four straight games. However, the tables turned at 5-4 when Evans hit a double fault at 15/15 and followed it up with a forehand error. Rublev’s demeanour quickly changed, and he struck two big forehands to break serve at 30/40. Rublev recovered from 1/3 down in the tie-break, but could not convert set points at 6/5, when he hit a tight backhand, and at 9/8, when Evans struck a forehand winner.

The 22-year-old Rublev is now 16-3 on the season, which includes back-to-back ATP Tour crowns last month at the Qatar ExxonMobil Open (d. Moutet) and in Adelaide (d. Harris).