ATP Staff
This article contains:
American rallies from a break down in the decider

The American showed why on Thursday evening when he staged an impressive rally from 0-3 down in the deciding set to stun top seed Stefanos Tsitsipas 3-6, 6-3, 6-4 for a place in the Erste Bank Open quarter-finals.

After a short lapse in the second set, Tsitsipas appeared to have regained his level as he sprinted through the first three games in the decider. But Tiafoe, who constantly engaged the Austrian crowd, battled back to triumph after one hour and 49 minutes.

"You've got fans going nuts early in the match. I want to play. I want to be out there, I want to give it my all. You've got little kids screaming 'Big Foe' and that's what it's about," Tiafoe said. "It's almost irrelevant who you're playing. Obviously I want to beat Stefanos and these guys, it's always good to have on the resumé. It's been great."

It was a thrilling match with entertaining points throughout. But in the crucial moments, Tiafoe was the more decisive player, and that made the difference. 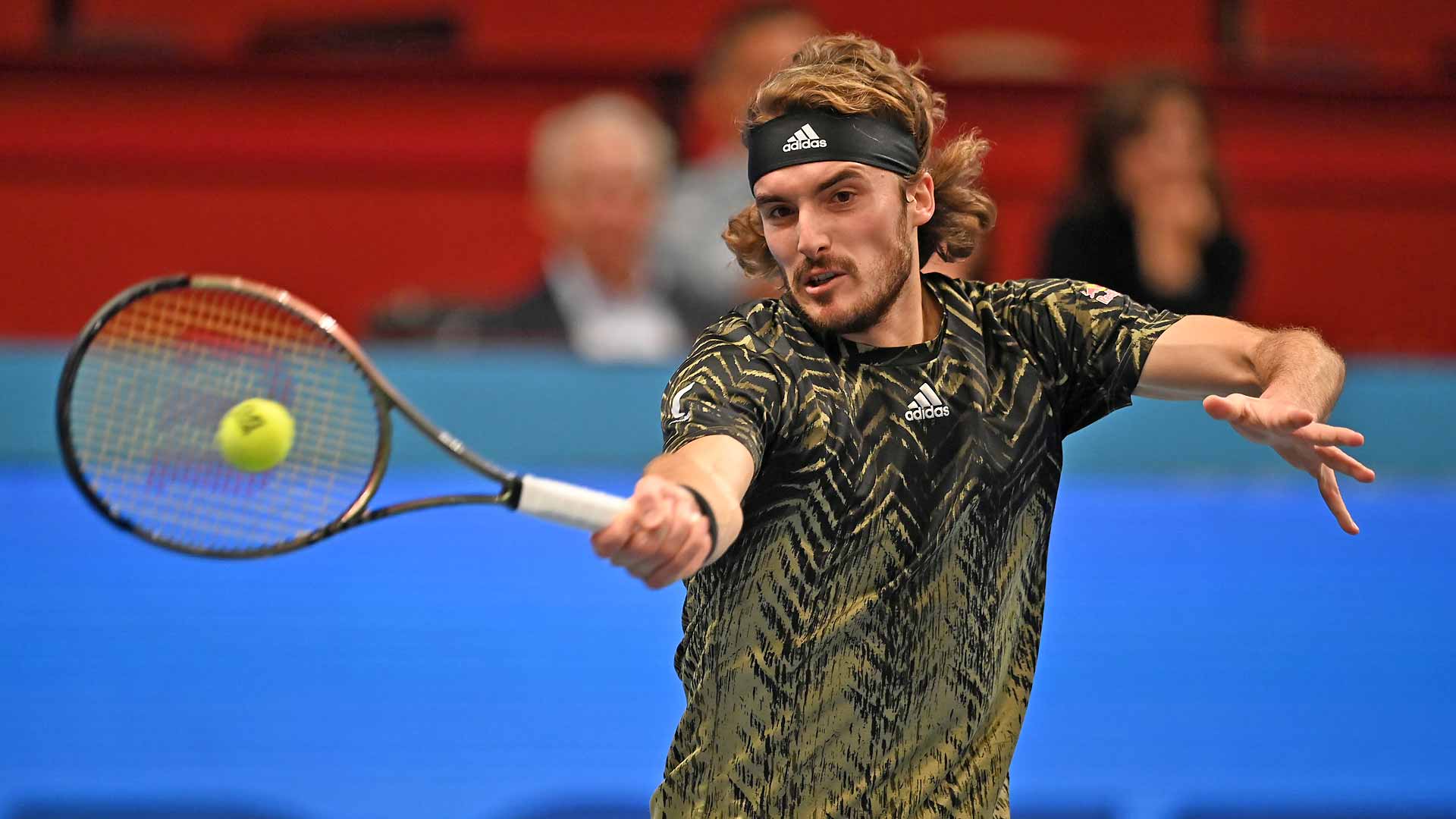 Photo Credit: Thomas Kronsteiner/Getty Images
Tsitsipas double faulted to give Tiafoe the deciding break in the third set. Despite facing the pressure of serving out the match, the American played bold tennis to close things out, hitting a massive second serve at 30/15 and eliciting a return error on the next point to seal his victory.

Tiafoe now leads the pair’s ATP Head2Head series 2-1, with all three of their meetings coming this year. He was victorious at Wimbledon, and Tsitsipas beat him at the Tokyo Olympics.

In his only previous appearance in Vienna three years ago, Tiafoe lost in the first round. But he made just 14 unforced errors to move into his second ATP 500 quarter-final of the year.

"I just love playing in a packed house. I feel at home. I feel like that's what it's about," Tiafoe said. "The result is almost irrelevant sometimes. You have kids coming out, parents bring these kids out, pay their hard-earned money to come watch me play. I want people to have fun just like I'm having fun... I feel it's my duty to 'A', bring it, give my all, but also to make sure everyone has fun. That kid at the top of the stadium, I want them going home remembering [they] watched Frances Tiafoe play and [they] had a great time."

That was another exciting encounter, in which both men showed incredible speed and athleticism. In one hilarious moment, Monfils let slip his racquet as he hit a volley and, as a joke, hit the next volley with his hands, giving Schwartzman the point. Both men laughed about it at the net.

The Argentine did not face a break point in the deciding set and showed some of the form that helped him to the Antwerp final last week. Schwartzman has now won 10 of his past 13 matches.

"For me it was an important match. The only bad part [is] I cannot see Paris Saint-Germain tomorrow [with] Messi in France. I'm kidding, I'm kidding!" Schwartzman said in his post-match interview. "I calmed down a little bit in the third [set]."