Stefanos Tsitsipas reached his first Grand Slam final on Friday at Roland Garros, after he withstood a comeback by Alexander Zverev from two-sets-to-love down to clinch a tense deciding set.

"All I can think of is my roots," said Tsitsipas, in an on-court interview. "I come from a really small place outside of Athens. My dream was to play here and I would never have thought I would achieve it.... There were a lot of people cheering me on in my country and I'm very happy that Greece is part of the tennis community now. Maria [Sakkari] and I have done a good job of elevating the sport and keeping Greek tennis alive."

In his fourth major semi, @steftsitsipas becomes the first Greek player to reach a Grand Slam singles final with a 6-3, 6-3, 4-6, 4-6, 6-3 victory over Alexander Zverev. #RolandGarros pic.twitter.com/C33m9eHdH3

Having controlled the early exchanges and bounced back from 0-3 down in the second set with seven straight games, Tsitsipas let Zverev back into their eighth ATP Head2Head meeting. Zverev started to play his best tennis as he did when he beat Tsitsipas in the Abierto Mexicano Telcel presentado por HSBC final in March, and won 20 of 24 service points in the fourth set. After Tsitsipas recovered from 0/40 in the first game of the decider, costly errors by Zverev and moments of tension handed the momentum back.

"It was nerve-wracking and so intense in the first game of the deciding set," said Tsitsipas. "I came back and I stayed alive. I felt the crowd with me, they were cheering me and giving me their energy. I still felt that there was hope and a chance to fight back. The only thing I could do is fight. It was very emotional and this wins means a lot. It's the most important one of my career so far." 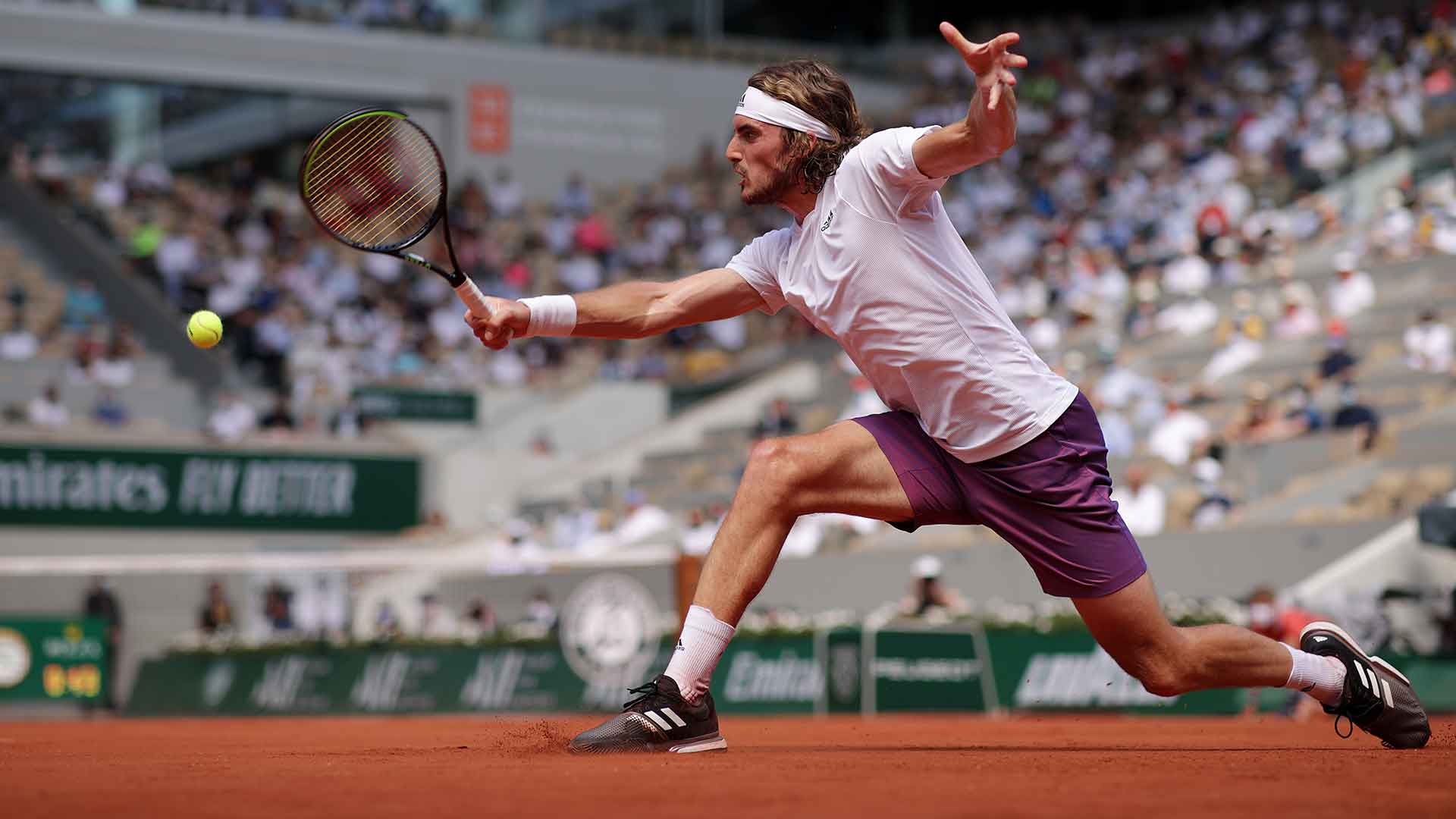 Tsitsipas, contesting his fourth major semi-final, was aggressive right from the start, capitalising on a nervous start from Zverev to win the first three games in 11 minutes. Ultimately, a backhand error gave Tsitsipas the 38-minute opener. Would Zverev respond? Only once in their past seven meetings had a player lost the first set and gone on to clinch victory (Tsitsipas in the 2018 Toronto quarter-finals).

An early break in the second set transformed Zverev, who started to strike his groundstrokes cleanly and move Tsitsipas around Court Philippe-Chatrier. The crowd became engaged, but Tsitsipas soon began to dictate having been let back into the match when Zverev struck consecutive backhands wide at 1-3. Further errors cost Zverev as Tsitsipas, quick to move onto the short ball, won the next six games — and 25 of 37 points.

Having been in total control, Tsitsipas gave Zverev a lifeline in the third set, when the Greek hooked a forehand wide to lose serve in the third game. While Tsitsipas won 15 of 18 points at the net through three sets, Zverev was more than happy to attack and had luck on his side when he framed a smash over the net as he served for the set.

Zverev carried the momentum in a serve-dominated fourth set by continuing to adjust his positioning on return. Tsitsipas became riled and couldn’t get a look-in on Zverev’s serve. From 4-3, 0/30 in the third set to a 5-3 lead in the fourth set, Zverev won 22 of 24 service points. Was Zverev going to come back from 0-2 sets down in the tournament again? He'd beaten German qualifier Oscar Otte 3-6, 3-6, 6-2, 6-2, 6-0 in the first round.

Tsitsipas looked to be on the ropes at 0/40 in the first game of the decider, but held his nerve and clinched a 3-1 advantage on the back of Zverev errors. While Tsitsipas could not convert four match points on Zverev's serve in a 10-minute game at 5-2, the Greek soon closed out the biggest win of his career in the next game.