Jo-Wilfried Tsonga will start his clay-court swing this week in Marrakech.

ATP Staff
This article contains:
Trio pleased to be in Africa for the ATP 250 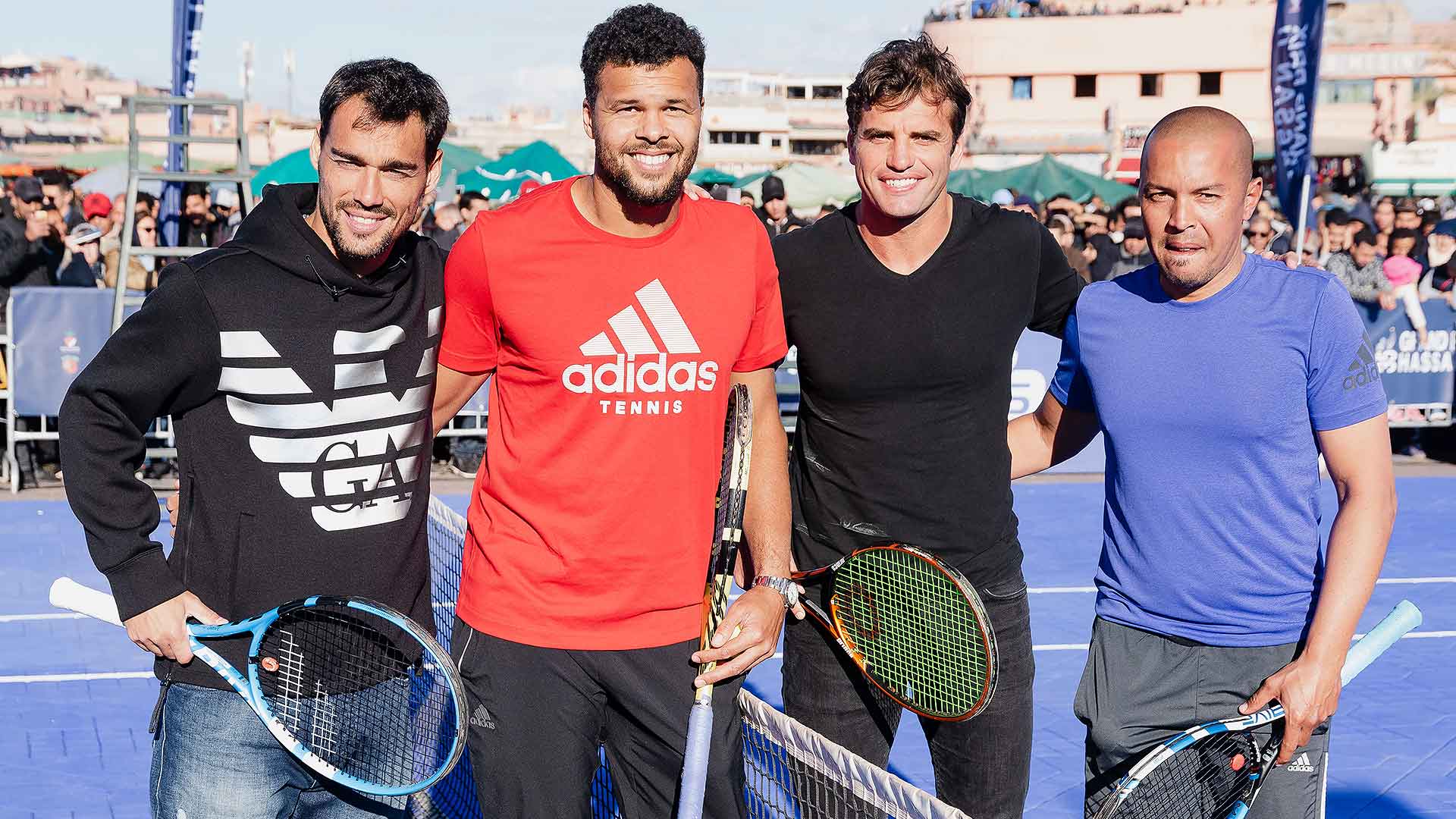 Hundreds of spectators watched team Africa (Arazi/Jaziri) beat team Europe (Fognini/Tsonga) in an entertaining tie-break match. The players all enjoyed their time in the city, especially Fognini, who is making his first appearance at the Marrakech tournament.

“I’m happy to be here in Marrakech and hope to play well this week. The atmosphere here on the square is very fascinating, and it was a pleasure to share the court with those players and play in front of the enthusiastic crowd. I hope they will all come on-site and support me,” said Fognini, who, at No. 18 in the ATP Rankings, is the second seed.

Jaziri, on the other hand, is making his third consecutive showing at the ATP 250 tournament. The 35-year-old, who at No. 66, is the highest-ranked Arab player, reached the quarter-finals last year (l. to Edmund).

“It’s great to bring tennis in the city and play in front of tourists and on such a legendary landmark like Djemaa el Fna. I always enjoy playing in Morocco,” he said.

Tsonga, still on the comeback from left knee surgery one year ago, also had a great time. The Frenchman opens against German Cedrik-Marcel Stebe.

“I was here as a tourist a couple years ago and now I’m back playing tennis, which feels great,” Tsonga said.