Jo-Wilfried Tsonga waves to the Court Philippe Chatrier crowd following the final match of his career on Tuesday at Roland Garros.

Frenchman bows out to Ruud on Tuesday

All good things must come to an end. On Tuesday, the 18-year career of Jo-Wilfried Tsonga came to a close at Roland Garros.

With a vocal Court Philippe Chatrier crowd cheering him on that included close friend Gael Monfils, Tsonga fought valiantly against eighth seed Casper Ruud before the Norwegian prevailed 6-7(6), 7-6(4), 6-2, 7-6(0). The 37-year-old soaked in a standing ovation for his storied career that includes 18 ATP Tour titles, a runner-up showing at the 2008 Australian Open and a career-high Pepperstone ATP Ranking of No. 5.

“It’s tough for me and all the players that you’re stopping. You’ve been an inspiration to me and so many of the other players, so thank you for the memories,” said Ruud, holding back tears in his on-court interview. "[I have] so many good memories watching Jo on TV. He’s such a great guy [and] nice person on and off the court. He’s a good example of what a player should be.”

You May Also Like: Merci, Jo: The Joie De Vivre Of Jo-Wilfried Tsonga

Trailing 0/6 in the fourth-set tie-break, an emotional Tsonga fought back tears as they switched sides, then broke down as he stepped to the line to serve.

Both men embraced at the net after a final Ruud forehand winner ended play after three hours and 49 minutes. The Court Philippe Chatrier crowd rose in unison as an emotional Tsonga waved to them before kneeling down on the court. 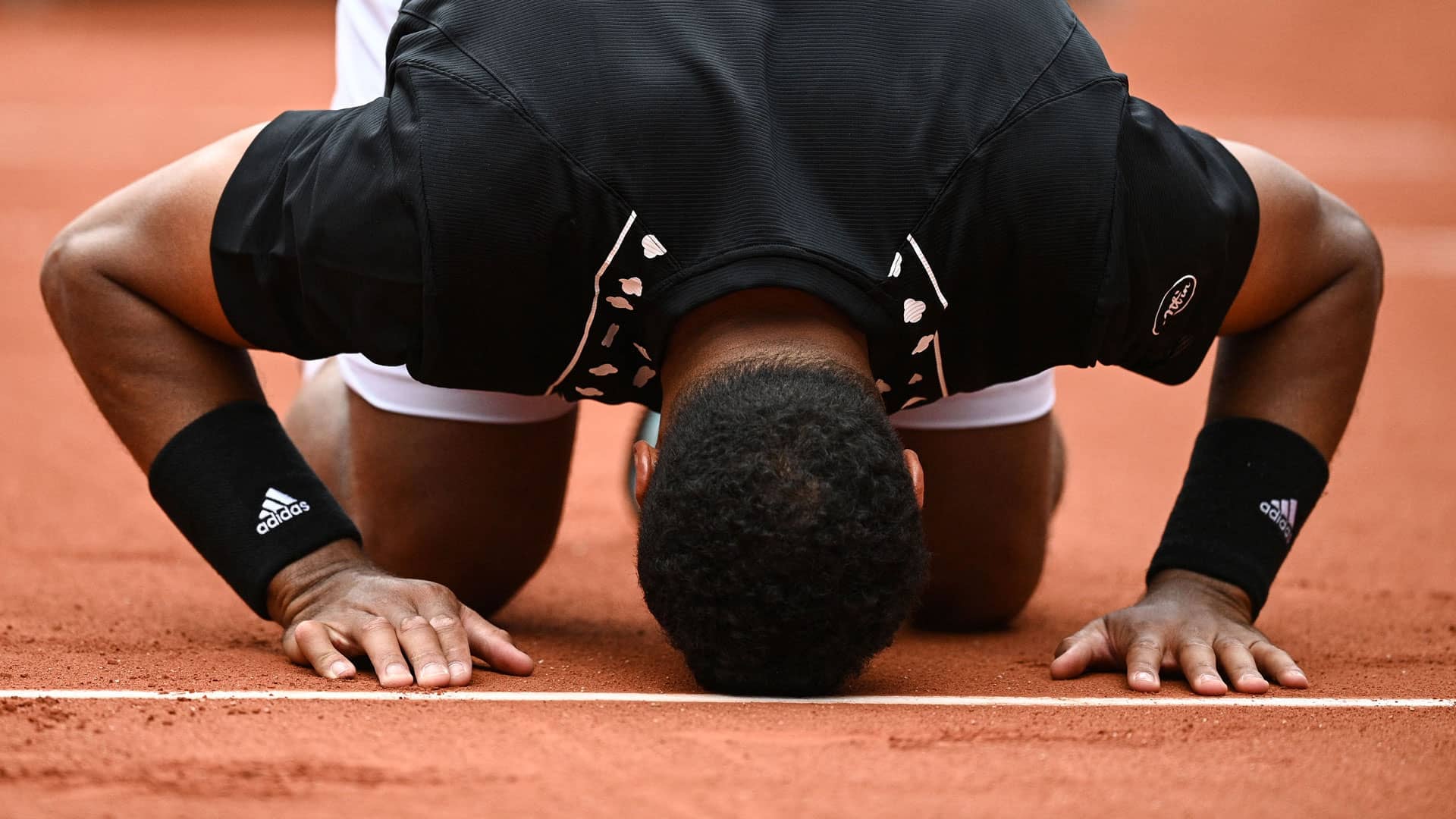 With his family and children watching on court along with fellow French players Richard Gasquet, Benoit Paire and Monfils, he then took in a moving on-court ceremony that celebrated his career achievements. Novak Djokovic, Rafael Nadal, Roger Federer and Andy Murray all sent video messages for the ceremony that praised Tsonga as a player and person.

“He’s one of the most charismatic players to play the game,” said Djokovic. “He brought a lot of attention to the sport because of his charismatic game style. It’s a tremendous loss to men’s tennis, [but] he has made his mark on our sport.”

Injuries limited Tsonga to just 16 tour-level events since the beginning of 2020, but he was able to draw on ample experience in big matches throughout his career. He stayed with the Norwegian throughout the first set, trading service holds before sprinting to a 6/4 lead in the tie-break. Although Tsonga let slip his first two set points, he brought the crowd to its feet by converting on a third opportunity at 7/6.

The second set also went to a tie-break and it appeared that Tsonga might build a two-set lead after gaining a 2/0 mini-break advantage with a drop shot winner. But as Ruud steadied his baseline game, Tsonga lost control of his and began leaking errors. Ruud took seven of the next nine points and struck a strong serve at 6/4 to level the match.

Energised by his escape, last week’s Gonet Geneva Open champion began opening up on his potent forehand in the third set to control the baseline rallies. Ruud broke Tsonga at 2-1 in the third set with a crosscourt forehand winner and secured an additional break at 5-2 to take a commanding advantage.

Tsonga was forced to serve to keep his career alive at 4-5 in the fourth set, but bravely managed to hold on the back of aggressive baseline play. Buoyed by a crowd firmly on his side, he played a vintage game at 5-5 and broke Ruud to love.

But while Ruud still looked fresh as the match surpassed three-and-a-half hours, Tsonga’s body began to break down. The pace on the Frenchman’s shots slowed considerably as he dropped serve at 6-5. Tsonga then received a medical timeout for treatment on his right shoulder before the start of the tie-break.

Although there were moments of Tsonga flair in the final points that included an improvised left-handed forehand volley, Ruud swept through the tie-break without dropping a point. The eighth seed will face Emil Ruusuvuori in the second round.