The Premier Tennis Club in Kremenchuk, Ukraine, is providing food and shelter for refugees fleeing the war.

Andy West
This article contains:
Premier Tennis Club in Kremenchuk offering shelter to those in need

The ongoing conflict in Ukraine has caused untold disruption to the lives of millions, but heart-warming stories of humanitarian efforts continue to emerge from the most difficult of circumstances.

The Premier Tennis Club in the city of Kremenchuk, situated in Poltava Oblast in central Ukraine, is one such example. The club, which hosted a Davis Cup tie between Ukraine and Slovakia in 2013 and has also been the venue for several ITF Futures events, is currently providing shelter for around 50 people displaced by the conflict.

“All the people were coming by train from the parts [of Ukraine] that are really dangerous to stay, [such as] the cities of Kharkiv and Mariupol,” Vitaliy Sachko, the Ukrainian World No. 222, told ATPTour.com this week. Sachko’s father, Dmytro, opened the club with a friend in 2010. “There were some groups in the city that were helping all the people and asking everybody who can help with the food, who can help the people [find somewhere] to stay." 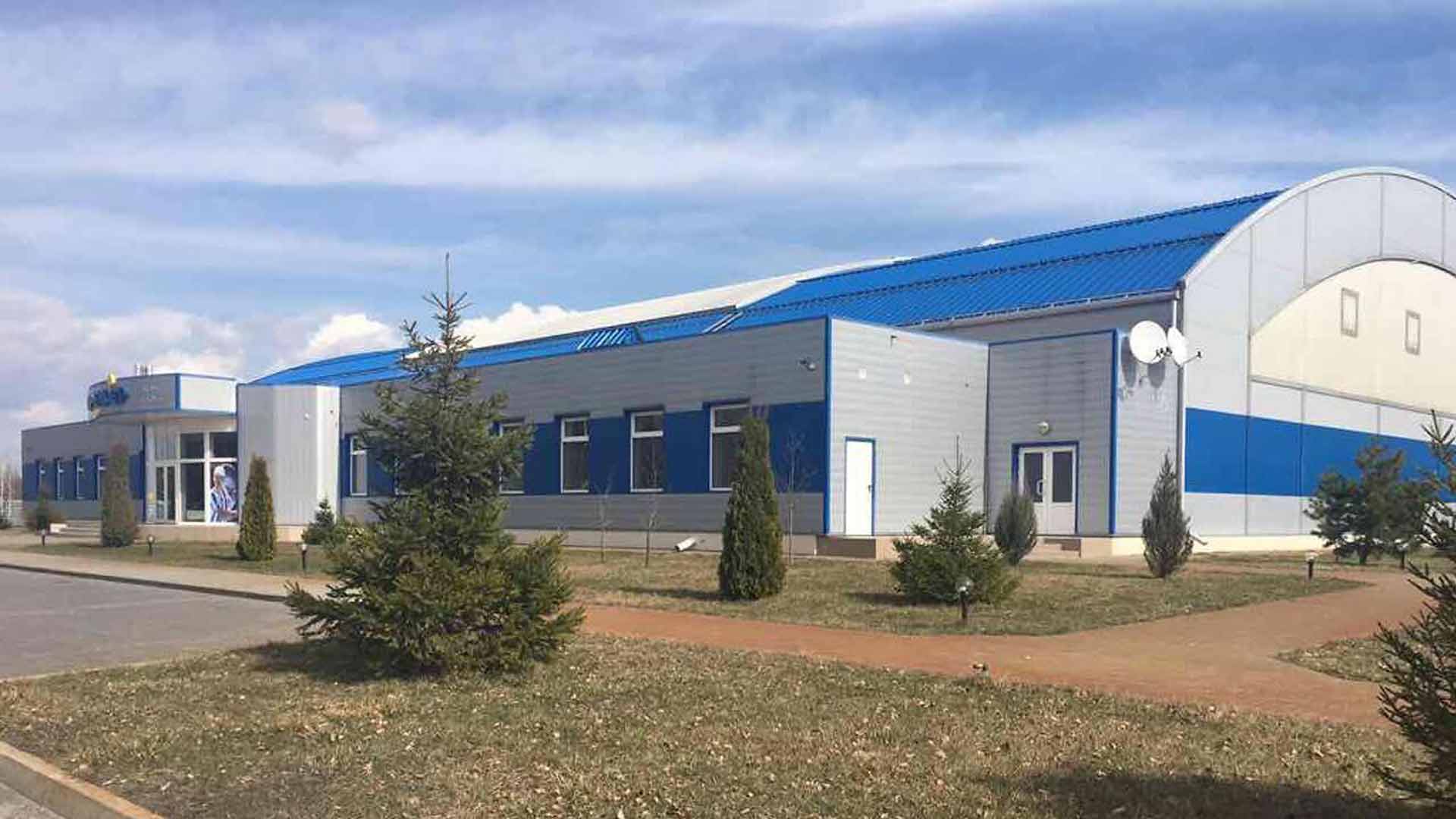 Dmytro immediately raised his hand to help, despite being based in the Czech Republic, where the family moved when Sachko was eight years old. “We told them we have a tennis club [in Kremenchuk] and people that had lost their homes were happy for any kind of help,” said Sachko.

The sheer number arriving in Kremenchuk means the tennis club has been an invaluable sanctuary to many, no matter how long they plan to stay. “Some people were staying for one night and then travelling to Europe,” explained Sachko. “Some were staying for a couple of days and going to the west of Ukraine, some are waiting until the war is over so they can get back to their homes.

“There are still people that need a place to stay, but [the club] cannot take any more people because everything is full."

Space may be limited but there is no shortage of local people willing to help. “[Organising things] has not been a big problem because the volunteers are helping us to get beds and blankets,” said Sachko. “They can find even more beds. [It’s all about] the financial part. It’s tough to pay for all the people because they are taking showers and we have to pay for the warm water. If you [look after] someone, you have to look after them [properly].”

With Dmytro organising from afar, the tennis community in Kremenchuk is taking care of things on the ground. “There are people from the club, volunteers that are bringing food, they are helping a lot," said Sachko. "The wife of my father’s friend who built the club with him is there every day. If someone needs medical help or anything else, she is helping them and she is there with other people cooking for them every day. She is buying the products for them, so she is doing a lot of jobs.” 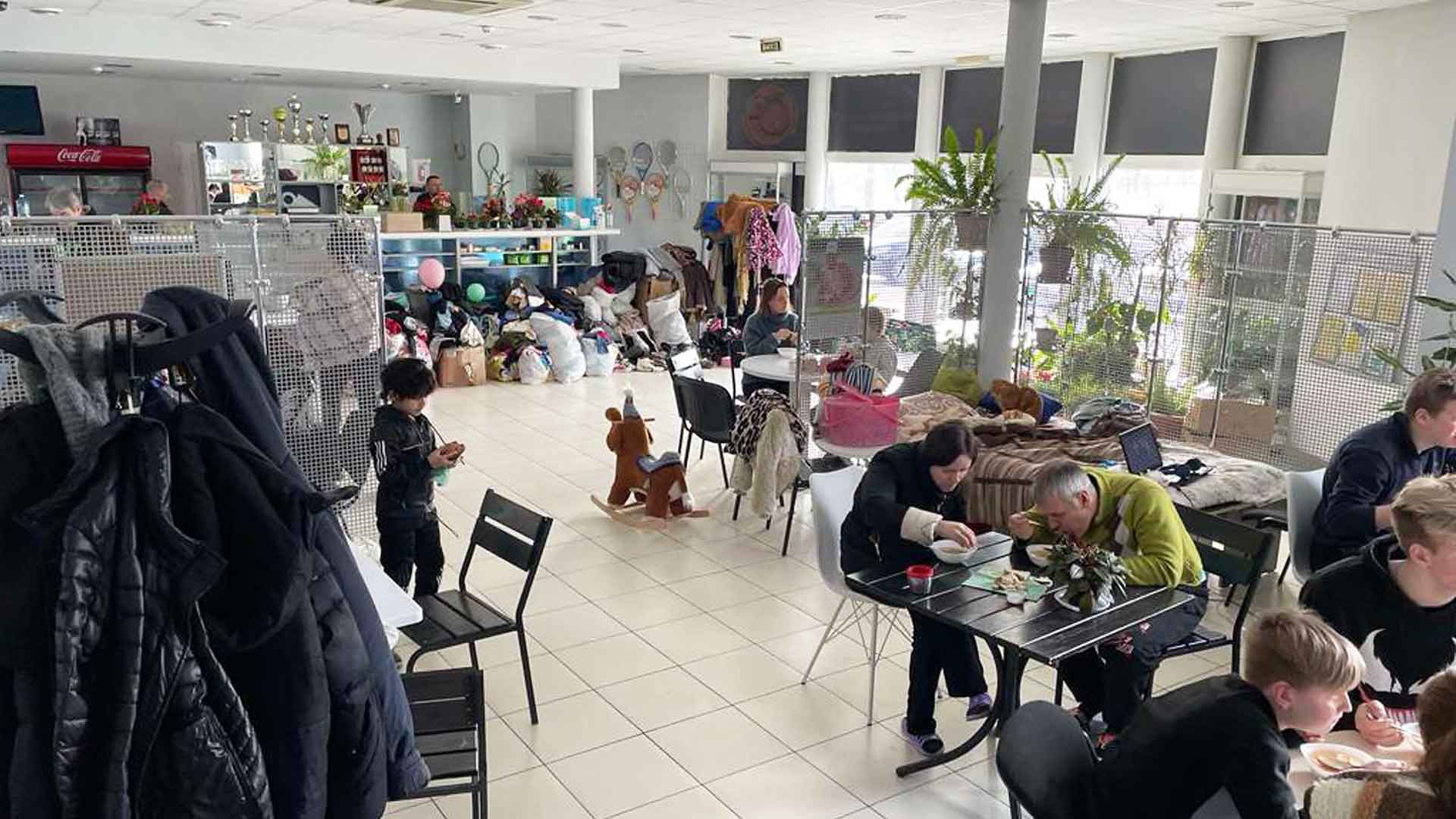 As for many Ukrainians living abroad, the personal effect of the war on Sachko and his family has been profound. “[My father] is so worried about the situation,” he said. “He wants to go back. He wants to support the workers that stay there because he owns the company, and as the leader of the company he wants to support them and say that everything will be alright, we’re going to pass through it, just this basic stuff.

“My grandmother – his mum – is also there so he wants to help her as well, because she is alone there with his sister. He is very worried, and he just wants to do everything that he can to help.”

Despite being based abroad, Sachko has long been aware of the impact the club has had on the local community in Kremenchuk, even before war broke out. “When I started playing, we had only one indoor tennis court in our city of 250,000 people, which was shared with football and volleyball,” he said. “So, in winter we basically had no tennis courts.

“That’s why my father decided with his friend to build a club together, to do something for the people, to make sport popular in our city, because everybody that was playing tennis was struggling and saying that if somebody could do this good thing for the city it would be amazing.” 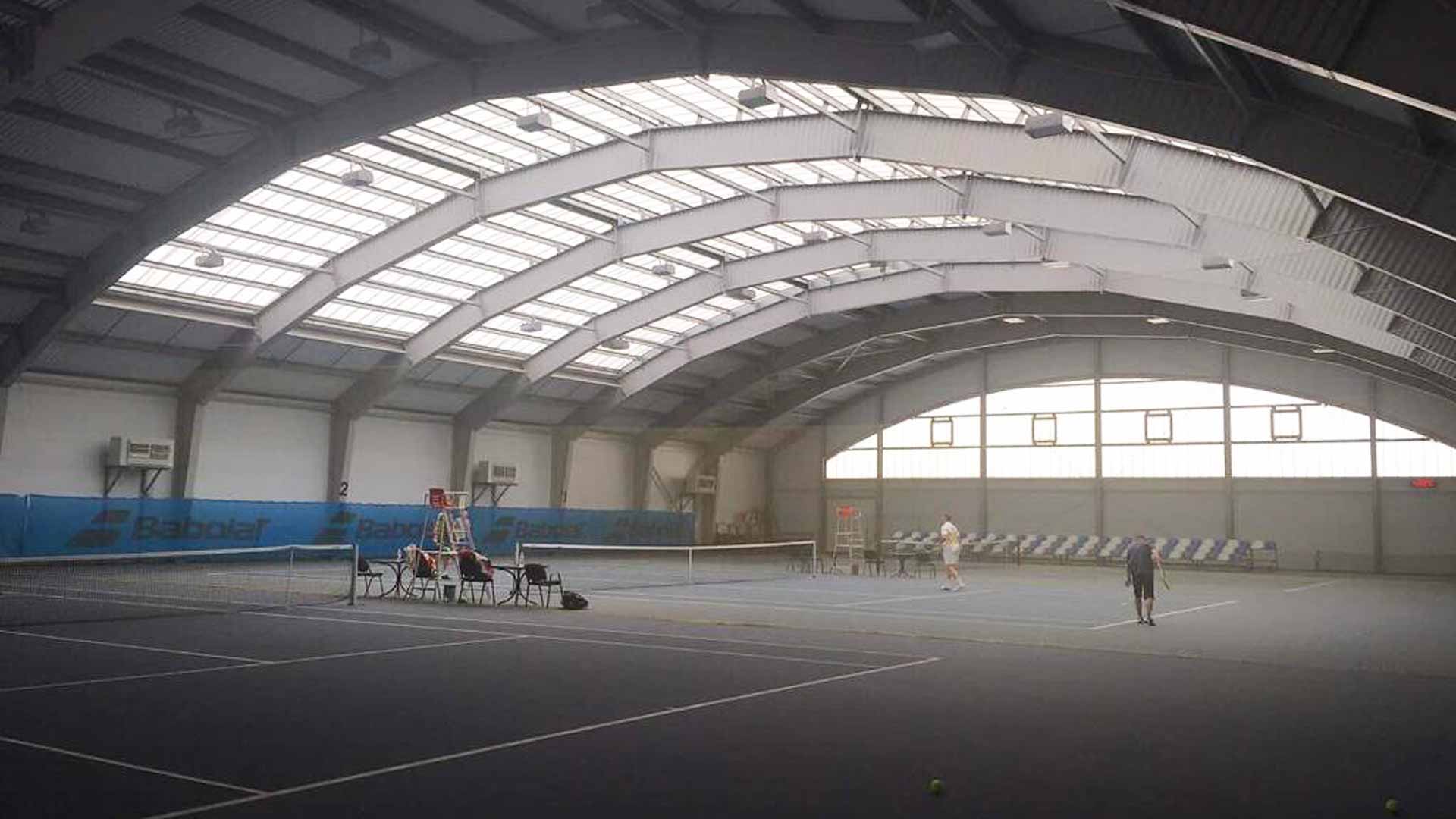 It is only recently that the club was there for Sachko himself at a difficult moment. “I was practising there during the Covid pandemic,” he says. “Everything was closed but I could practise and at least do something, nobody was there. In the Czech Republic everything was closed, and we don’t have a court here. So that’s why we decided I to go and I was there for two months.”

Sachko is trying his best to balance focusing on his day job with assisting those in his homeland. “I cannot say I am so brave that I would just take a gun and go to fight because it’s a war and nobody wants to die, but I am trying to help as I can,” he said. “I find the first aid stuff that our fighters need, and I send it to Ukraine. I am volunteering [while] I try to do what I do best, play tennis.”

You May Also Like: Tennis Plays For Peace: Governing Bodies Unite To Support Ukraine
The situation has raised the stakes for Sachko every time he steps on the court. He reached his career-high of 220 in the ATP Rankings on 7 March, but now feels like every match takes on extra meaning. “Of course, it affects me in some parts," he said. "Because you start thinking that my father was helping me financially all my life, and I’m so lucky for that and I had no sponsors.

“Now there is a war he cannot work, he cannot earn money, and I have to play better and put even more pressure on myself. I need to win more matches and move up the rankings.