In this installment of the ATP Tour's 'Ultimate Doubles Players' series, some of the world's best doubles players analyse the importance of feel.

Paes' Feel: 'He Has The Best Touch I've Ever Seen'

Leander Paes has enjoyed success on the ATP Tour for more than two decades. According to some of the world's best doubles players, one of the major reasons why is his world-class feel.

"He has the best touch I’ve ever seen in my life," said World No. 8 Filip Polasek.

Feel is a major weapon on the doubles court. The players who excel in that area of the game are able to escape bad positions mid-point and turn the rally in their favour. For years, players have put Paes in tough spots at net. Where many players would struggle to put a volley back into play, the Indian legend has managed to hit incredible reflex volleys and surprise opponents with stunning drop volleys.

Which other doubles players have sensational feel? In this edition of ATPTour.com's 'Ultimate Doubles Player' series, doubles stars share their opinion and explain their choice.

Leander Paes
“He’s been a benchmark in doubles for a long time... When he was in his prime, he was an amazing athlete. His hands and reactions were cat-like. It didn’t really matter if you nailed the ball at him, he would still just do what he wanted up there.” - Robert Lindstedt

“He has very good touch and feel. You can see how many volleys he hits short, cross, short. It doesn’t matter when he’s at the net. He has such feel in the hands. That’s why he was of course one of the best doubles players.” - Marcelo Melo

“It’s amazing what these guys can do with their hands. You have a feeling you may have an advantage in a situation, but all of a sudden they come up with a shot you’re not really expecting and they produce it very well. They are always making points with it and doing it again and again. Sometimes it gets hard to accept how they make some great volleys and put you in tough positions.” - Filip Polasek

Purav Raja
“He’s a great player at the net. You can hit it as hard as you want at him and he’s somehow able to take all the pace off of it and deaden the ball. He can hit drop shots on balls that nobody else can, especially [using] angles from the net. He’s just a tough guy when he gets up close.” - Rajeev Ram

“Purav Raja’s got unbelievable hands. When he’s at the net you hit a hard shot at him and he just hits a drop shot on everything. He’s the only player who does that.” - Joe Salisbury 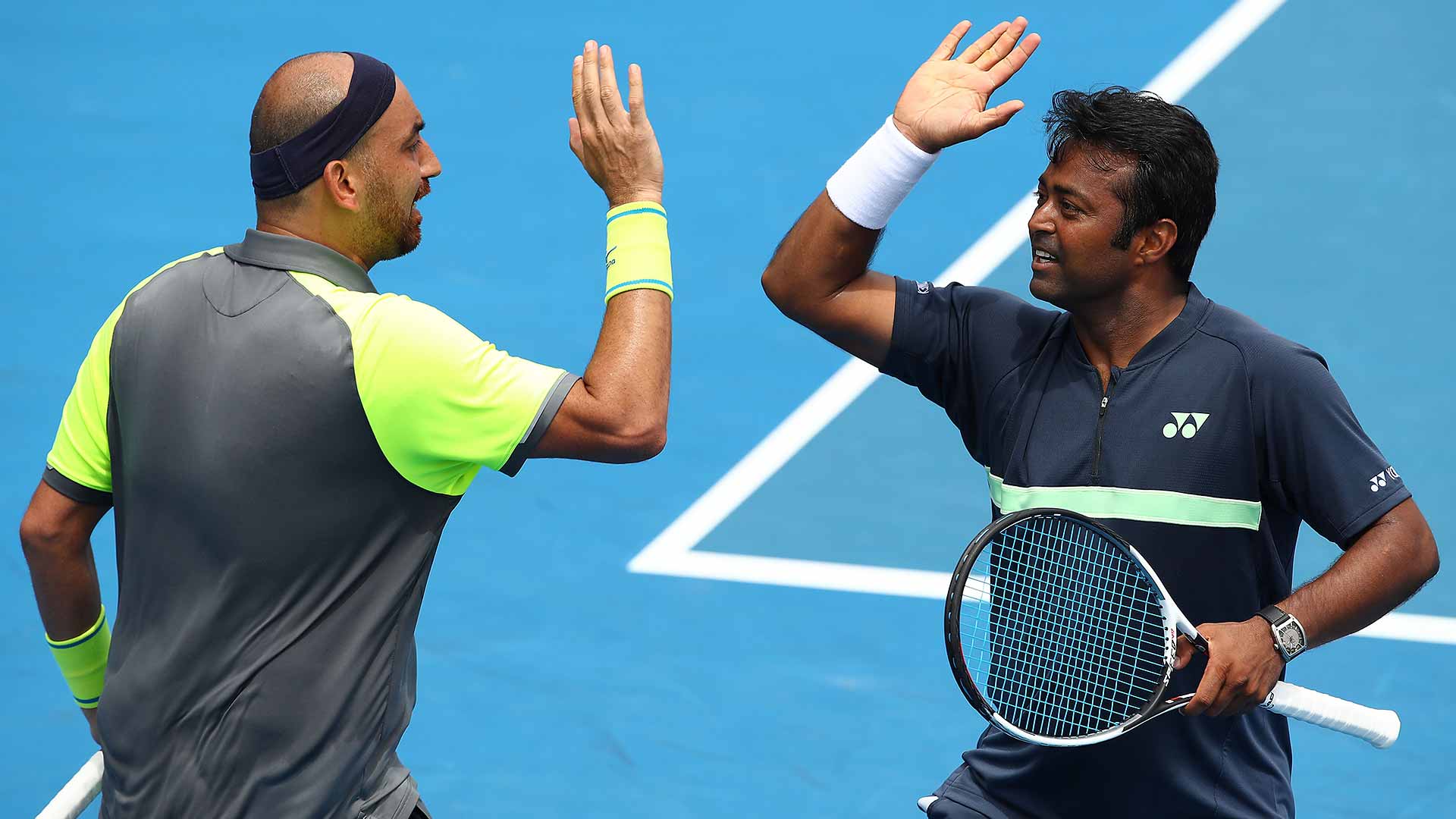 Marcelo Melo
“When it comes to being able to reflex the tennis ball and have good feel for where the ball is going to be at any given time, someone who we always have to plan for is Marcelo Melo... He’s also got very fast hands, so you have to be sure that when you’re finishing through him, you’re quite accurate with your finish. If you combine his reach with his speed, it’s frustrating how often the ball comes back when he’s up there at net. He’s found a way to win points that the rest of us don’t win as often.” - Raven Klaasen

Juan Sebastian Cabal
“He’s very good with his hands around the net. He can flick lobs from the back. He can hit little dinks, little touches around you, and he has extremely quick hands. He’s very good on all surfaces. You would think he’s good on clay courts, hard courts. He won Wimbledon last year with Robert Farah, showing he’s an all-court player. His feel to me is off the charts.” - Neal Skupski

Jean-Julien Rojer
“He’s a very crafty player. Someone who doesn’t use power necessarily because he’s got the ability to create angles that many others don’t have and he uses the full range of the court. I think he’s another player who’s very good under pressure, someone who’s been at the top of the game for a long time. He’s someone who when you play against him, you try to avoid getting into those small battles around the net, because he does have that ability to make you go the wrong way and he can put the ball over you, around you, and if he wants to, through you.” - Ken Skupski

Rajeev Ram
“He’s got good feel, very soft hands. He spends a lot of time with the ball and is always very composed when hitting his shots.” - Jamie Murray

Nicolas Mahut
“He has the best feel around the net, especially on his backhand volley. It’s very touchy and whenever he needs to play short balls, he’s very good at it.” - Jurgen Melzer