Taylor Fritz registers the first two-set comeback of his career to reach the second round at the US Open.

Now that's how you kick off the 2018 US Open! Taylor Fritz mounted the biggest comeback of Day 1 at Flushing Meadows, rallying from two sets down for the first time in his career.

The #NextGenATP American had the Court 10 faithful on its feet as he closed out a gripping 4-6, 2-6, 6-4, 7-6(2), 6-2 victory over Mischa Zverev. Fritz fired 79 winners and sealed the win with his 18th ace, emphatically pointing to his left leg as he walked to the net to shake hands. A testament to all the hard work he has put in off the court, Fritz's fitness was key to his three-hour and 48-minute triumph.

"It felt great," said Fritz. "I wasn't feeling too great in the second set fitness-wise, but starting the third, I felt fresh, like I felt ready to go. I felt like I could do it, felt like I had the energy to do it. I took it one set at a time, told myself to focus on winning the third no matter what. Then told myself to focus on the fourth, no matter what. Now we're even, one more set. I felt great in the end, in the fifth set.

"I think I've been playing well. I think today wasn't my best. I'm going to have to play better if I want to have a deep run and beat the top players."

The 20-year-old California native is one year removed from scoring his first Grand Slam match win at the US Open. On Wednesday, he will look to go one step further when he battles Aussie wild card Jason Kubler. At No. 7 in the ATP Race To Milan, Fritz is looking to make a significant push towards qualifying for the Next Gen ATP Finals.

Earlier in the day, Kubler scored his first Grand Slam match win, ousting Roberto Bautista Agut 6-3, 6-3, 6-4. A two-time ATP Challenger Tour winner this year, the Brisbane native is competing in his first tournament as a Top 100 player after enjoying the biggest year-to-date rise. He opened his 2018 campaign outside the Top 300.


In other action, 20-year-old Ugo Humbert enjoyed a victorious tour-level debut, defeating Collin Altamirano 6-3, 7-6(4), 6-3 on Court 8, prevailing after two hours and 15 minutes. Humbert, a qualifier, has rocketed up the ATP Rankings to a career-high No. 139 after reaching three straight ATP Challenger Tour finals, claiming his maiden title in Segovia, Spain. He awaits former champion Stan Wawrinka next. 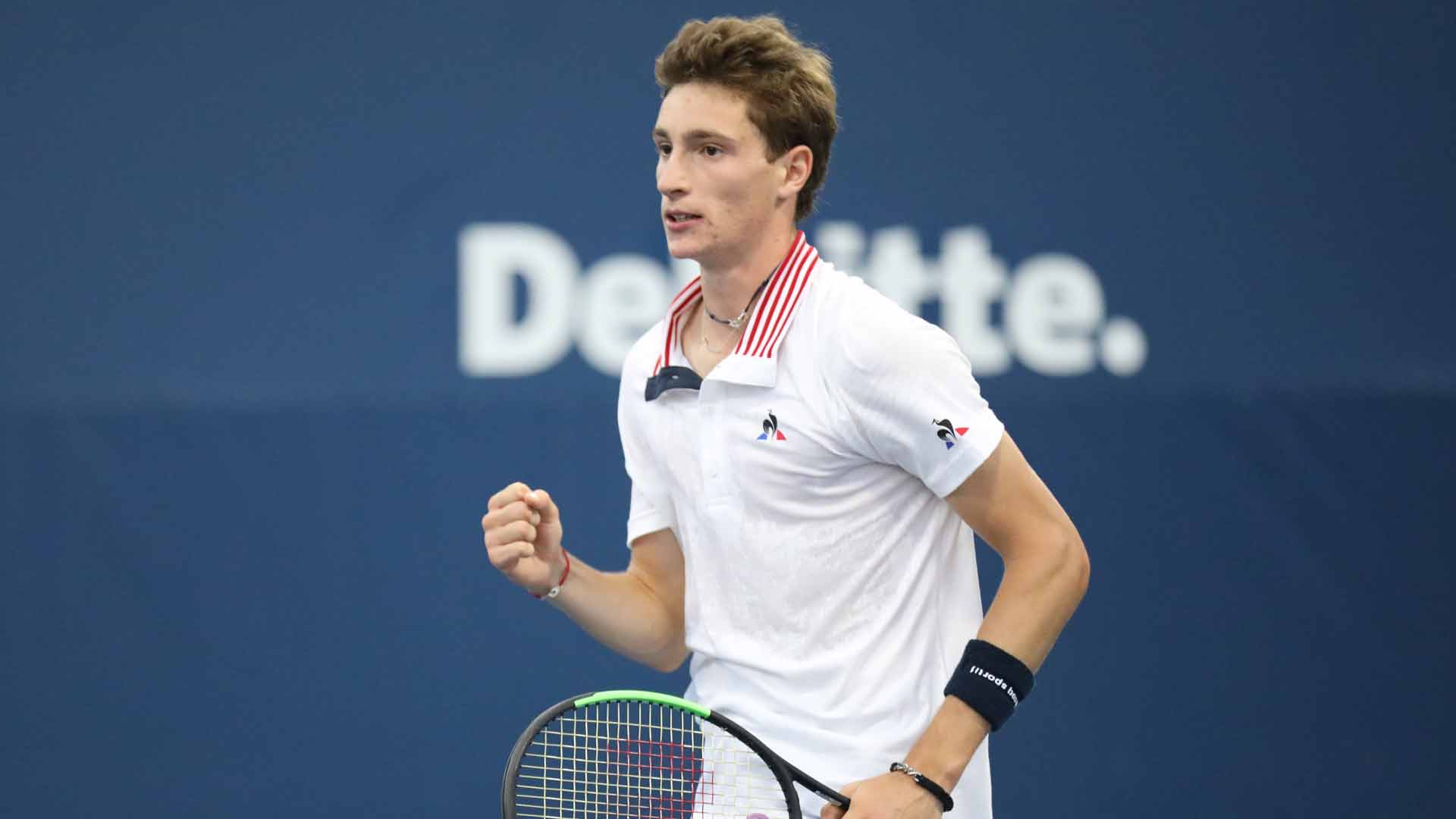 Stefanos Tsitsipas became the fourth #NextGenATP winner of the day after ousting Spanish veteran Tommy Robredo 6-3, 7-6(1), 6-4. The Greek star saved six of seven break points and denied Robredo's opportunity to serve for the second set at 5-4. Finalist at the ATP World Tour Masters 1000 event in Toronto (l. to Nadal), the charismatic Tsitsipas enters the hard-court Grand Slam in strong form. He faces Winston-Salem Open champion Daniil Medvedev in the second round, after the Russian extended his win streak to seven straight with a 7-5, 6-4, 6-2 win over Evgeny Donskoy.

Andrey Rublev, Casper Ruud and Lloyd Harris were not as fortunate, with the trio all suffering first-round exits on a humid afternoon in New York. Rublev fell in four sets to Jeremy Chardy, while qualifiers Ruud and Harris were defeated in straights by Guido Pella and Gilles Simon, respectively.