Tommy Robredo moves into his first US Open main draw in three years.

ATP Staff
This article contains:
Former World No. 5 will contest his 50th match at Flushing Meadows

It's all for the love of the game. At the ripe age of 36, Tommy Robredo reached his 15th main draw at the US Open, surging through qualifying with the loss of just one set.

It might sound like a cliché, but for Robredo it couldn't be closer to the truth: age is just a number. Passion for the game he loves couldn't be greater, and that is what drives the Spaniard to compete at the highest level in the twilight of his career.

In a clash of 36-year-olds, the Spaniard upended Nicolas Mahut 6-3, 2-6, 6-3 in one hour and 40 minutes to punch his ticket to the big show. Boasting a 35-14 record at the hard-court Grand Slam, Robredo ensured he will contest his 50th match in New York.

"It's a great satisfaction," Robredo told ATPWorldTour.com after qualifying. "Getting through qualifying is not easy. It's like facing the best players at a Challenger and reaching the final. I had not played on such a fast court in two years and I've won three tough matches with the hope of being in another Grand Slam. I'm very happy. In the end, you have to see the big picture and hopefully I have a more or less good draw to win another match.

"I don't think it's a matter of what I accomplished in the past. If I'm healthy, there's nothing else in the world that gives me more passion than this. I'm always saying the same thing."

Oldest Players At 2018 US Open

Robredo arrived in New York to compete in qualifying without any expectations. The Spaniard, who had not won a hard-court match since October 2017, is relying on experience to rediscover his rhythm.

It certainly won't come easy for the 36-year-old, who drew 15th seed Stefanos Tsitsipas in the first round. It will be the second meeting between the Spanish veteran and the #NextGenATP Greek, who is nearly half his age. Robredo prevailed 6-2, 6-1 at the ATP Challenger Tour event in Brescia, Italy, in 2016. But, two years later, Tsitsipas is a completely different player.

"I am actually surprised to have qualified," said Robredo. "I arrived on Saturday and on Sunday I lost 6-0 in a practice set. In the first match, I did not feel well, but I put a lot of pressure on my opponent and knew how to do the right things. The second day, I again didn't feel great, but I somehow won 6-3, 6-0 [over Gregoire Barrere]. Yes, it was a great score, but I just did not have good feelings on the court.

"A match can be won in many ways: playing very well, fighting and being smarter than the opponent. What I have done all three days has been playing better than my opponent. Everything adds up and the important thing is that I won."

Robredo has been doing just that all year, as he looks to rebuild his position in the ATP Rankings. Currently at No. 214, the former World No. 5 lifted his first trophy in five years when he prevailed at the Lisbon Challenger in May. It was his first title since 2013, having triumphed at the ATP World Tour event in Umag. 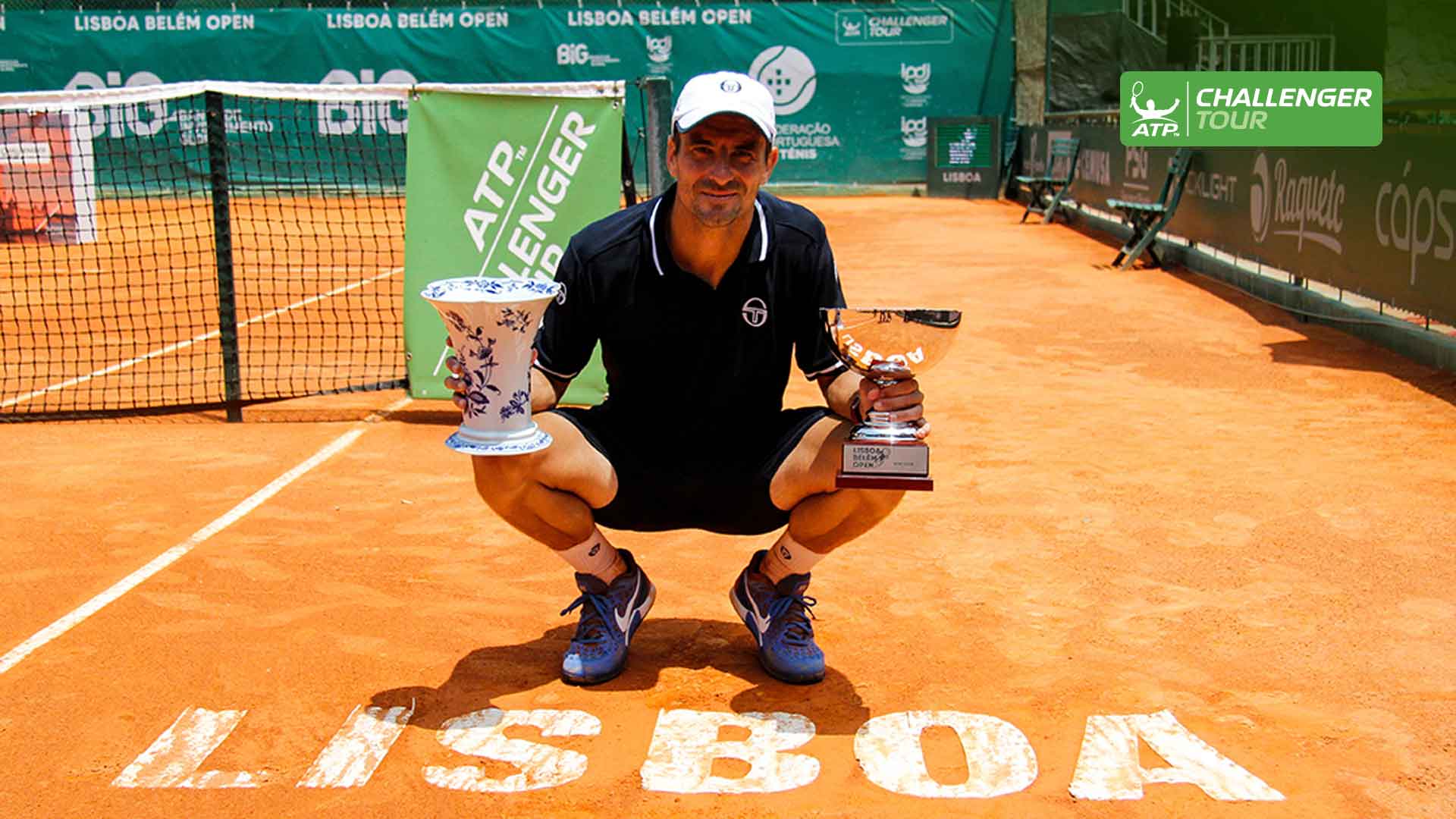 After struggling with a series of injuries over the past few years, Robredo is grateful to be back at one of the biggest stages in tennis.

"The day that there is something that excites me more than this, I will consider leaving it. I am 36 years old and I do the one thing that I love. Obviously, I'm not at my best, but I do it because I enjoy it. I do not know why I have to leave it. Many people can say that I have been there and accomplished everything, but for me it is not about that.

"My goal is to be back in the Top 100 and for that you have to earn it. I have to fight for it every day and that's what I'm trying to do. I have the goal of being back at the top. If I returned to the Top 100 it would be something amazing."

Robredo will open his US Open campaign against Tsitsipas on Monday, with the match slated for fourth on Court 11.