Pedro Martinez celebrates a comeback win in the second round of US Open qualifying.

ATP Staff
This article contains:
Spaniard is one of seven #NextGenATP in the final round of qualifying

Pedro Martinez will always remember this moment. The 21-year-old Spaniard turned in the clutch performance of the week at US Open qualifying, rallying to defeat Christian Harrison 1-6, 7-6(5), 6-3 in two hours and 42 minutes.

Trailing by a set and a break and facing three match points at 4-5 0/40, Martinez mounted a stunning comeback. Making just his second Grand Slam qualifying appearance and first in New York, he would reel off eight of the next 12 games to set a final-round date with fellow #NextGenATP Hubert Hurkacz. The Spaniard collapsed to the court as he celebrated with friends and family.

"The truth is that I was very nervous and when I was down 0/40, I was a long way from winning," Martinez told ATPWorldTour.com following the match. "I had a foot fault on that first match point, but I played an incredible point on my second serve. It was one of the best of the match. Then, the match changed a lot. I escaped. And the support of the fans was amazing. It was a pleasure to play in front of them. It's the best tournament of my life."

You May Also Like: Djokovic Lands In Federer's US Open Quarter

It was an impressive performance for Martinez, who is competing in just his second hard-court tournament since February. At No. 182 in the ATP Rankings, he recently lifted his maiden ATP Challenger Tour trophy in Bastad, Sweden, last month.

Martinez's victory wasn't the only match point-saving win of Day 3. American Mitchell Krueger also denied three, surviving with his back against the wall against countryman Thai-Son Kwiatkowski. The Texas native advanced 3-6, 7-6(7), 7-5 in two hours and 36 minutes. Victory in Friday's final round against Calvin Hemery would see him reach the main draw of a Grand Slam for the first time. 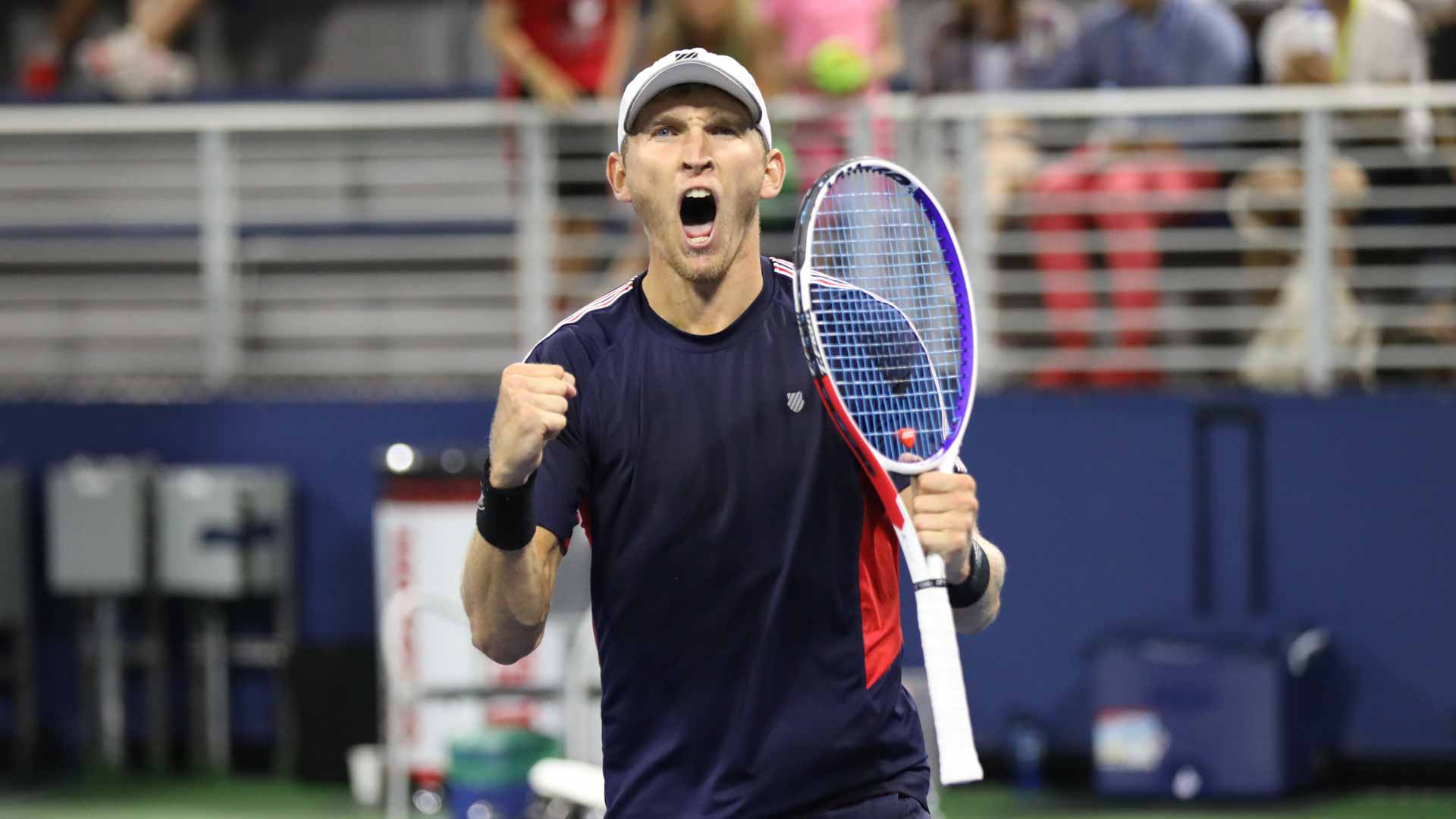 Krueger is joined by JC Aragone, Collin Altamirano and Donald Young as the lone Americans to feature on Day 4. While Aragone is bidding to complete back-to-back qualifying runs at Flushing Meadows, Altamirano is hoping to appear in the main draw for the first time since 2013, when he earned a wild card as a junior. The 22-year-old scored the biggest win of his young career in upsetting Ivo Karlovic 7-5, 6-4 on Court 13.

"I was cracking up because earlier in the week I was practising with Reilly Opelka and then the draw came out," said Altamirano. "My coach wanted me to see the bigger serves, so I guess that paid off. Ivo's made a living off that shot, but I guess I did the right things out there. Things fell my way. Just one shot here and there made the difference."

Meanwhile, the #NextGenATP contingent will be well represented with main draw berths at stake on Friday. Not only are Hubert Hurkacz and Casper Ruud - No. 9 and No. 10 in the ATP Race To Milan - in action, but Martinez, Felix Auger-Aliassime, Ugo Humbert, Marc Polmans and Lloyd Harris are all bidding to make their Grand Slam debuts. Humbert and Polmans will square off in a blockbuster match-up. 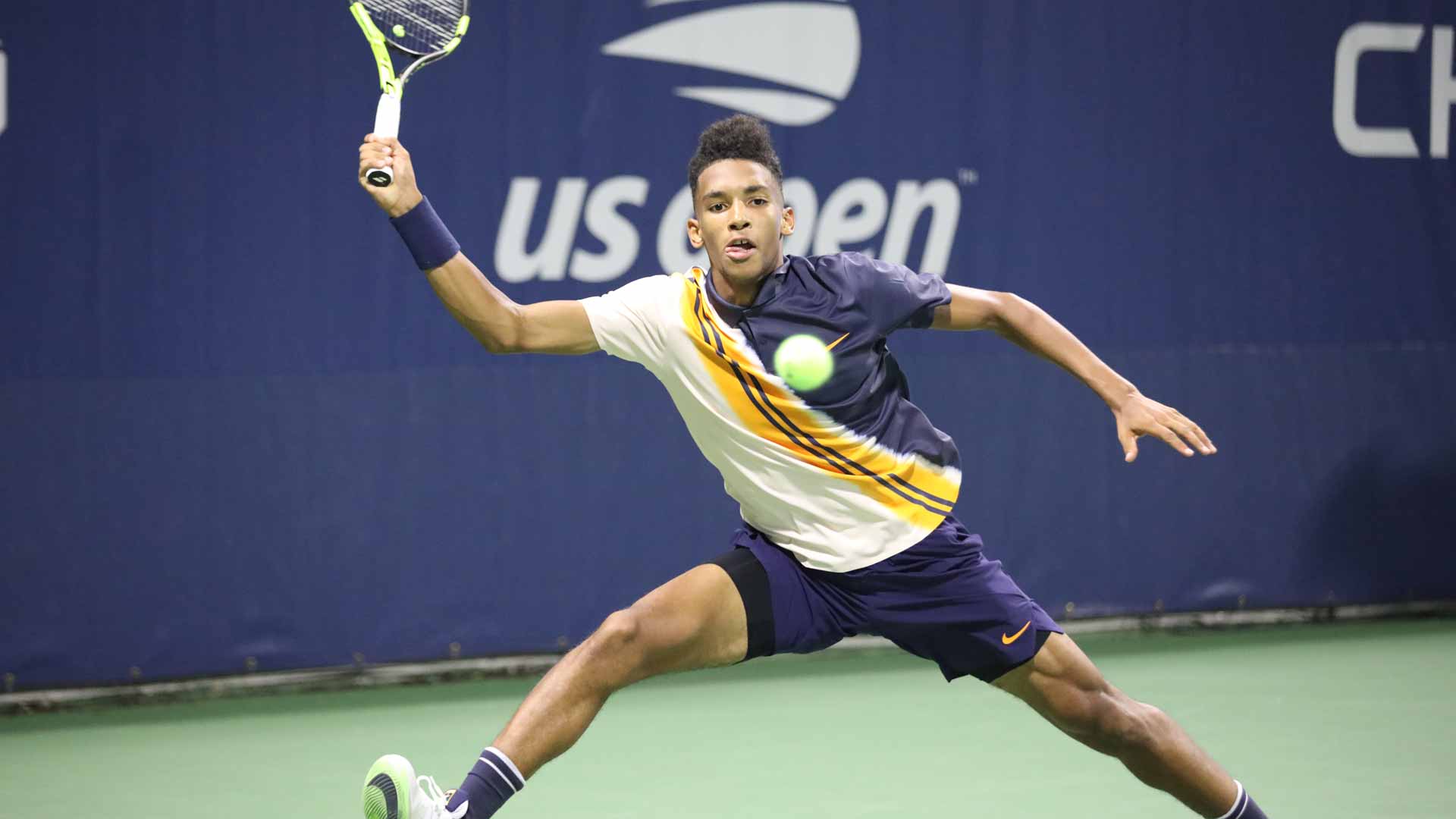 South Africa's Harris has arguably been the most dominant player in qualifying, routing Sebastian Ofner 6-2, 6-1 after dismissing Roberto Quiroz in straight sets. The 21-year-old is on a tear after winning his first Challenger title in Lexington and finishing runner-up the following week in Aptos. He is 15-3 since mid-July.

"I came out of the blocks pretty fast and got on the front foot from there," said Harris. "I was trying to get him out of position and strike on the first ball. I thought I was solid throughout the match. I didn't allow him to do too much and I was just pumped and excited for the match. I've alwayed liked to play here since juniors. It's the people, the fans and I'm happy to have friends around too."

Finally, a pair of veterans will duel when Tommy Robredo and Nicolas Mahut meet. In five previous FedEx ATP Head2Head encounters, Robredo leads 3-2, with their most recent meeting coming in Winston-Salem in 2014. The 36-year-olds have competed in the US Open main draw a combined 26 times.