Alex de Minaur is streaking towards the second week at the US Open.

Can anyone stop Alex de Minaur? The Aussie teen is blitzing the competition at the US Open and he earned a comprehensive win over fellow #NextGenATP Frances Tiafoe 6-4, 6-0, 5-7, 6-2 as Day 4 continued.

Fans on Court 17 were treated to a glimpse into the future as day turned to dusk on Thursday at Flushing Meadows. At No. 4 and No. 5 in the ATP Race To Milan, respectively, De Minaur and Tiafoe contested what could go down as a critical battle in both players' quests to qualify for the Next Gen ATP Finals.

It was just the second meeting in the budding rivalry between the Aussie and the American. De Minaur previously rallied from a set down to take a qualifying encounter at the 2017 Brisbane International.

"I'm very happy," said De Minaur. "Especially after Wimbledon where I had an amazing run. To be able to back it up in the next major, I'm really proud of my efforts. It shows how I'm doing things in the right direction. Just got to keep focused, keep trying to get better.

"I've known Frances for a very long time. Coming up in the juniors, all that. Obviously I'm a year younger than him. When I was playing the juniors, he was pretty much already playing seniors. But we've always been close. He's one of the nicest guys out there. Nothing but respect for him."

You May Also Like: Read & Watch: Federer Sets Kyrgios Clash

After dropping just three games in a first-round rout of Taro Daniel, the Sydney native surged out the gate against Tiafoe, relinquishing a mere four games through the opening two sets. Tiafoe showed flashes of his Top 50 game in the third set, breaking three times to force a fourth. But De Minaur's superior agility and defence rattled the Maryland native, who leaked 51 unforced errors.

De Minaur is riding a wave of momentum after reaching his biggest final at the Citi Open last month (l. to Zverev). He is into the third round for a second straight Grand Slam and first at the US Open. The Aussie joins Denis Shapovalov and Taylor Fritz as #NextGenATP stars still alive in New York. He will face 2014 champion Marin Cilic next.

Cilic was at his ruthless best in defeating Hubert Hurkacz 6-2, 6-0, 6-0 on Grandstand. The seventh seed has dropped just nine games en route to the third round. He conceded a mere 15 points on serve during the 79-minute affair.

"I think he's, with his style, a very consistent player, very tough physically as well, fast, plays great tennis," Cilic said about De Minaur. "Obviously very steady from the baseline, putting a lot of pressure, as well. He's got nice fighting spirit, which is nice to see with the youngsters. Definitely going to be a good challenge for me." 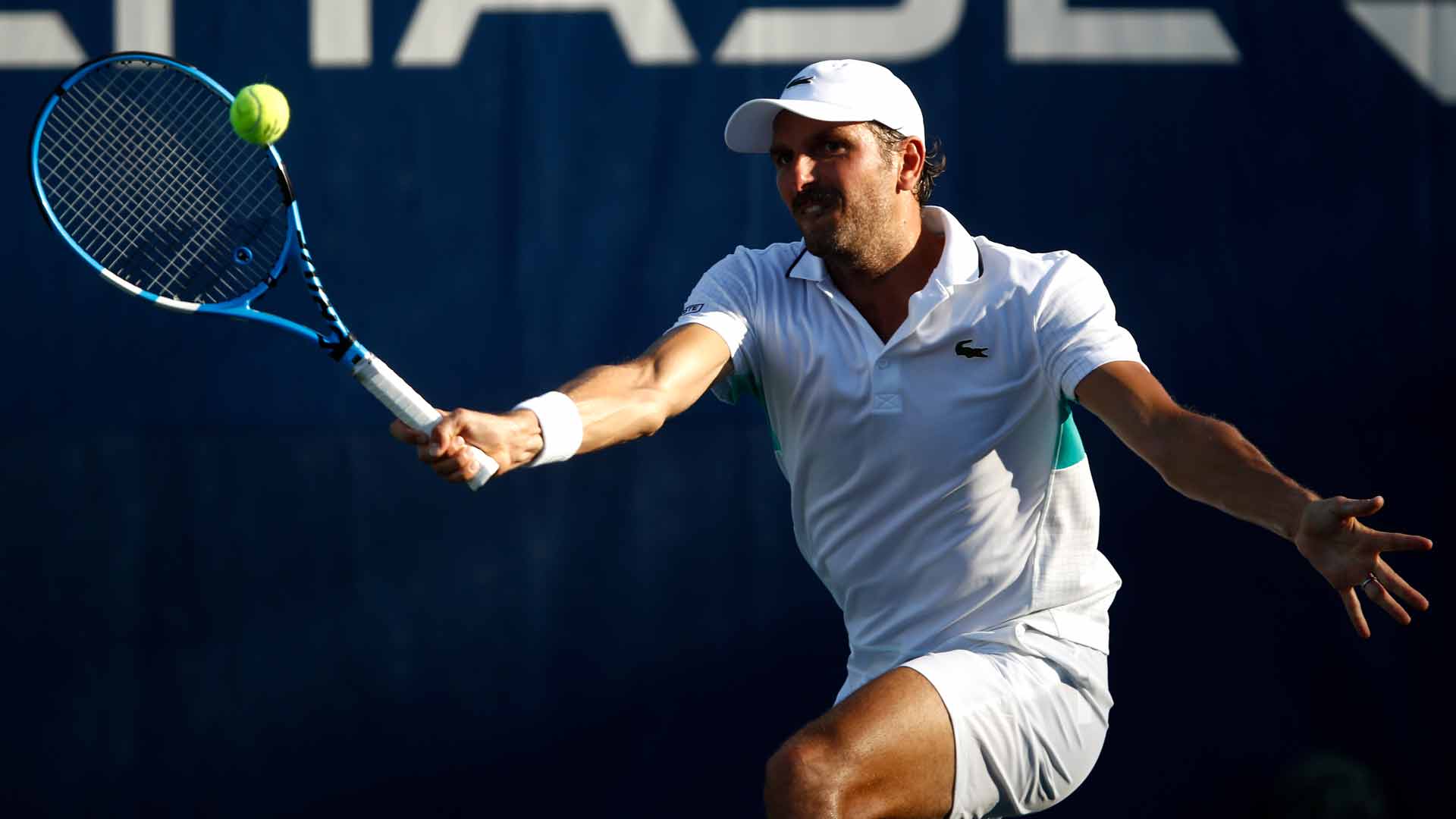 In other action, Julien Benneteau played the final match of his 18-year professional career. The former World No. 25 in singles and No. 5 in doubles succumbed to Jan-Lennard Struff in five sets, falling 6-2, 4-6, 6-1, 3-6, 6-3. The rollercoaster match lasted two hours and 58 minutes on Court 11, with Struff seizing seven of 11 break chances. He is enjoying his best run in New York in his fifth main draw appearance.

Benneteau bade farewell just two days after springing an upset over 22nd seed Marco Cecchinato, his 273rd victory at the tour-level. Highlights of the Frenchman's career include 10 ATP World Tour final appearances and eight victories over Top 5 opponents. Also a decorated doubles star, he lifted 12 tour-level trophies, including the Roland Garros title in 2014 with Edouard Roger-Vasselin.

"I don't really realize it," said Benneteau. "Some guys told me in the locker room, 'Now you know that you're not going to play ever, it must be a really strange feeling'. But I have to say that for the moment I don't feel this way. Maybe it's a little bit too early. Maybe it will take some time to absorb it and to have more emotions, some more feelings.

"I was still focused on the tournament, on trying giving everything I could to win this match. For the moment, I am just not disappointed after a loss because it's okay."

Struff will next face David Goffin on Saturday. Goffin, seeded 10th, dismissed an in-form Robin Haase 6-2, 6-7(1), 6-3, 6-2, booking his spot in the third round for the fourth time in five years. Haase, a quarter-finalist earlier this month at the Rogers Cup, had no answer for his Belgian opponent, who prevailed after two hours and 54 minutes.