Dominik Koepfer books his spot in the US Open main draw.

Five Challenger Stars To Watch At The US Open

Josh Meiseles
This article contains:
A look at the top ATP Challenger Tour performers poised to make a run in New York...

For the next fortnight, all eyes will be on the stars of the ATP Tour as they battle for the coveted champions' trophy at the US Open. But there are many players who are flying under the radar and could make a splash in Flushing Meadows.

There are plenty of questions to be answered over the next 14 days and the stakes couldn't be higher. For those rising the ATP Rankings on the ATP Challenger Tour, a berth in a Grand Slam main draw is a significant prize. A platform to showcase their skills and eventually take the next step on the ATP Tour, it presents a huge opportunity on a global stage.

A strong performance at the US Open can prove to be career-altering for many Challenger stars, as they target the Top 100 and beyond. So, which players are poised to wreak havoc on the draw? We look at five to watch in New York City...

Jannik Sinner (ITA)
He was the talk of the qualifying competition and for good reason. Sinner, who turned 18 earlier this month, is creating quite the buzz around the tennis world in 2019. One of the hottest players on the ATP Challenger Tour this year, the teen has carried his form to the US Open, punching his ticket to a first Grand Slam with authority.

The lanky red-headed Italian is playing beyond his years, boasting an air of confidence and mature attitude typically reserved for veterans. Having skipped juniors, he launched his pro career at a young age and is reaping the benefits of that decision.

Sinner became the youngest Italian champion in Challenger history with his maiden title in Bergamo in February. And just four weeks ago he added a second crown on the hard courts of Lexington, vaulting him to a career-high No. 130 in the ATP Rankings. Moreover, he is currently fifth among win percentage leaders on tour, with a 19-5 (.792) record.

The youngest player in the Top 200, Sinner will be thrust into the spotlight to kick off his Grand Slam career. First up: a night session clash against former champion Stan Wawrinka on Louis Armstrong Stadium on Monday.

Soon-woo Kwon (KOR)
In the past 12 months, few have enjoyed as impressive an ascent as the budding Korean star. In 2018, sitting outside the Top 270, Kwon wasn't even eligible to compete in US Open qualifying. But now, after fighting through three tough opponents, he has earned his way into a first main draw at Flushing Meadows.

Kwon, who made his Grand Slam debut at Wimbledon, has been building towards this moment throughout the year. A maiden title in Yokohama, Japan was followed by a second victory on home soil in Seoul, compiling a 31-12 record before July. Then, his ATP Tour debut arrived, winning his first match in Atlanta and reaching the quarter-finals in Los Cabos.

At the age of 21, Kwon is showing he belongs on the big stage and has risen to a career-high No. 90 in the ATP Rankings. Just the third Korean to crack the Top 100, he is also one of two in the US Open main draw, after Hyeon Chung also booked his spot on Friday. Kwon opens against Hugo Dellien on Monday.

Ricardas Berankis (LTU)
Berankis is not a fresh face like Sinner and Kwon. Far from it. The 29-year-old reached his first ATP Tour final in Los Angeles in 2012, but has since fallen on hard times as he continues to recover from hip surgery.

Now, the former World No. 50 is back inside the Top 100, at No. 70, after putting together a stunning first half of the season on the Challenger circuit. Not only does he own a tour-leading four titles - in Rennes, Drummondville, Busan and Vancouver - the Lithuanian boasts a staggering 24-3 record overall.

His success has translated to the tour-level as well, reaching the quarter-finals in Dubai with a dominant victory over Daniil Medvedev and earning a first Grand Slam match win in three years at Wimbledon (d. Shapovalov). He will look to carry the momentum to Flushing Meadows, opening against Jiri Vesely on Court 9 on Monday. 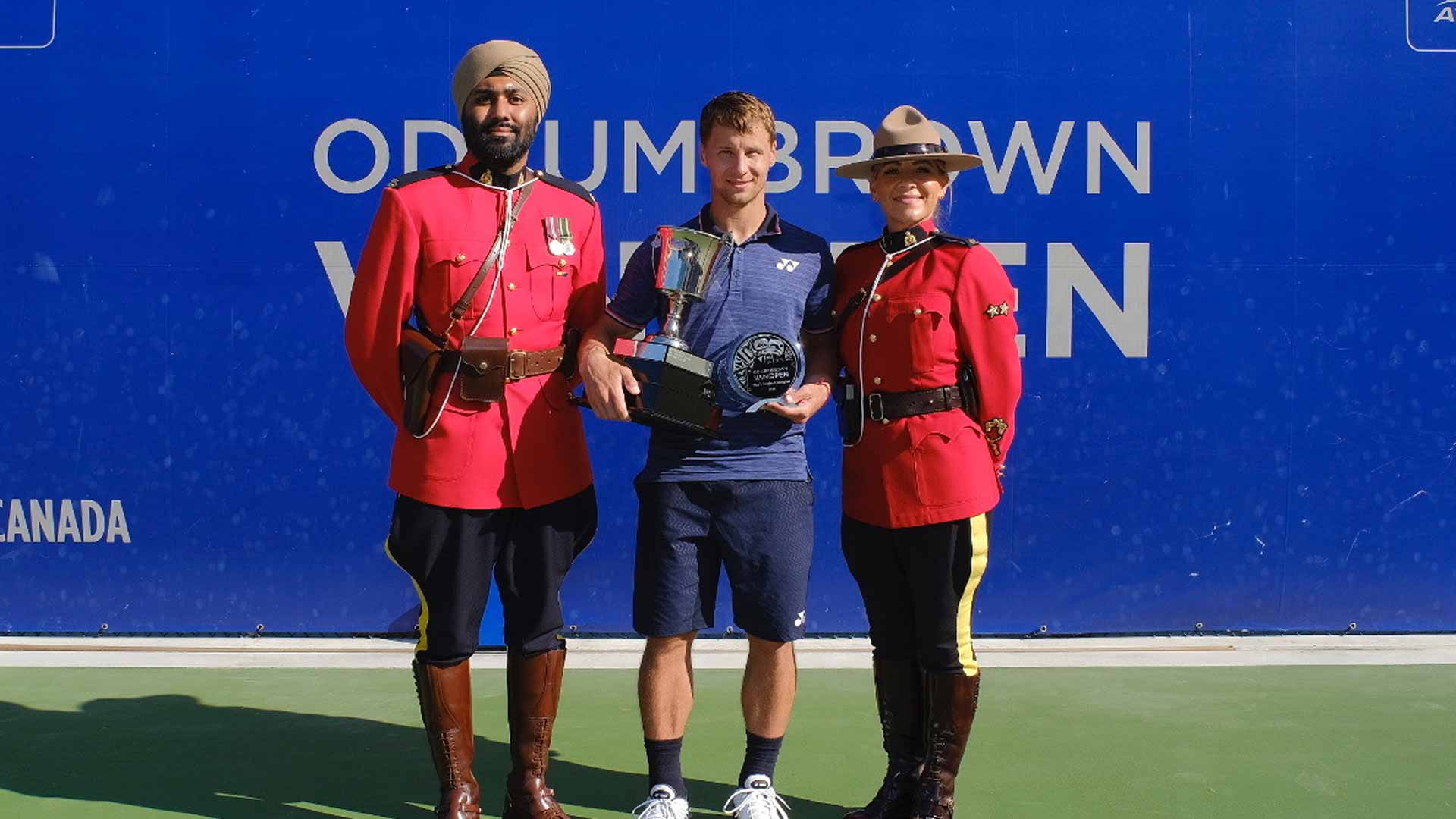 Ernesto Escobedo (USA)
Escobedo had a feeling this moment was going to arrive. He just never expected it to come so quickly. After ending a three-year title drought on the ATP Challenger Tour, with last month's victory in Granby, Canada, the 23-year-old will appear in a Grand Slam for the first time since 2017.

The American was forced to endure a lengthy period of injuries and loss of confidence, before finally emerging from the other side this year. Now, with former Top 20 star Jan-Michael Gambill in his corner, he is on the rise once again. In recent weeks, Escobedo won 10 of 11 matches in Granby and Aptos and was rewarded with a main draw wild card into the US Open.

Up to No. 206 in the ATP Rankings, the California native still has plenty of work to do to return to the Top 100, but winning breeds confidence and he has plenty of that entering his home major. First up is a popcorn opener against Hyeon Chung on Tuesday.

Escobedo: I Knew I Was Going To Have A Breakthrough 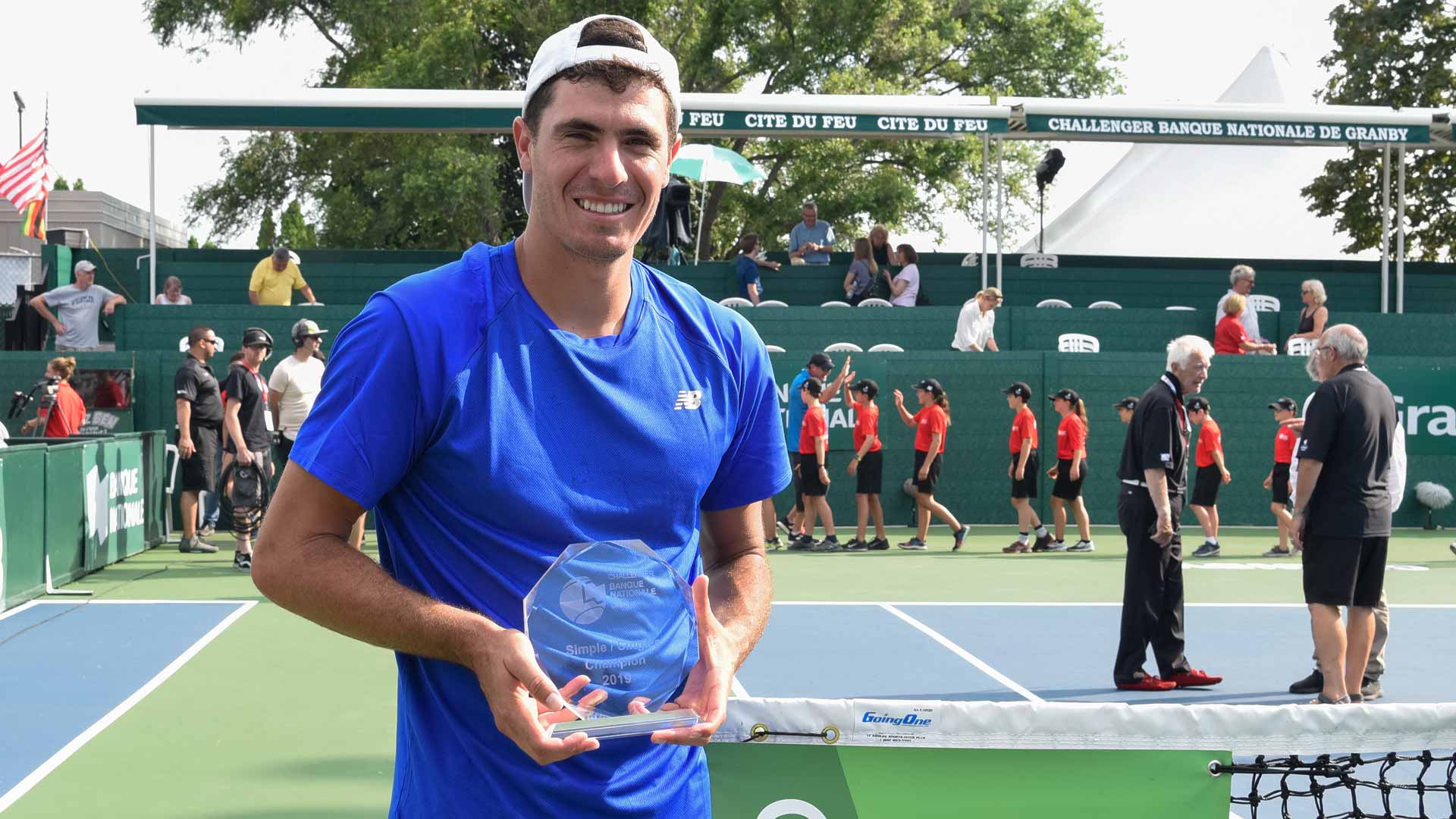 Dominik Koepfer (GER)
Finding the right coach can often change everything for a player on the Challenger circuit. That is, someone who can convey the right message to their pupil and connect with them both tactically and emotionally.

Escobedo certainly found that with Gambill and so has Koepfer with Rhyne Williams. After struggling to adapt to the tour in his first two seasons as a pro, the German has discovered the right formula in 2019. With Williams in his corner, he has redefined his on-court game and off-court approach, en route to a career-high No. 113 in the ATP Rankings.

Not only did Koepfer capture his maiden Challenger title on the lawns of Ilkley in June, he would also prevail in his Grand Slam debut at Wimbledon. From grass to hard, he has since reached another Challenger final in Aptos and battled through qualifying to earn his spot in the US Open main draw.

The third match on Court 8 on Monday, the 25-year-old opens against Spain's Jaume Munar, with a potential second round clash against either Fabio Fognini or Reilly Opelka.

With @RhyneWilliams in his corner, @DominikKoepfer is soaring towards the Top 100.

But can they keep it together on camera? The struggle is real. pic.twitter.com/CUQ4fYL1FK