Alex de Minaur roars into the Round of 16 at the US Open.

Alex de Minaur was a man on a mission on Friday at the US Open. The 20-year-old booked his spot in the fourth round with aplomb, upsetting seventh seed Kei Nishikori on a sun-kissed afternoon in New York.

De Minaur moved into the second week of a Grand Slam for the first time, advancing to the Round of 16 at Flushing Meadows with a 6-2, 6-4, 2-6, 6-3 win. The victory carries added significance for the Sydney native, who overturned an 0-11 record against Top 10 opponents. He defeated the World No. 7 in two hours and 48 minutes.

"The crowd support was amazing," De Minaur, who claimed his maiden ATP Tour title last month in Atlanta, said after the match. "I had a bit of a thrill last year against Cilic. Was two-sets-to-love up again and I'm glad I could finally get the win."

You May Also Like: Federer Flies Into US Open Fourth Round

De Minaur gave Nishikori a taste of his own medicine to kick off Day 5 on Grandstand. A defensive demon, the Aussie refused to concede an inch from the baseline and attacked at will throughout the encounter. Crushing the ball like never before in his young career, he consistently forced Nishikori out of his rhythm and made the Japanese play on his terms.

Following a Wednesday washout, De Minaur was forced to play his second and third rounds on consecutive days, but he showed no signs of fatigue. In fact, it was the exact opposite. The energetic Aussie covered every inch of the court, converting seven breaks in total.

The #NextGenATP star sprinted to a quick advantage in less than 40 minutes, grabbing an immediate double-break lead out of the gates. He benefitted from 12 unforced errors in the first set, while striking 11 winners. Growing even more confident, De Minaur broke to open the second and edged to a two-set lead.

While Nishikori began to find his groove in third set, it was much of the same from De Minaur in the fourth. The Aussie pumped his fists and leapt in the air as he lunged for a volley winner at 3-all. One point later, he converted the decisive break to love and moved past the finish line when a Nishikori forehand found the net.

In search of a second straight appearance at the Next Gen ATP Finals, De Minaur is looking to build on his third-place standing in the ATP Race To Milan. He will next face Grigor Dimitrov on Sunday.

De Minaur will be back on the court later on Friday for his first-round doubles match, alongside Matt Reid. They face Guido Pella and Diego Schwartzman. 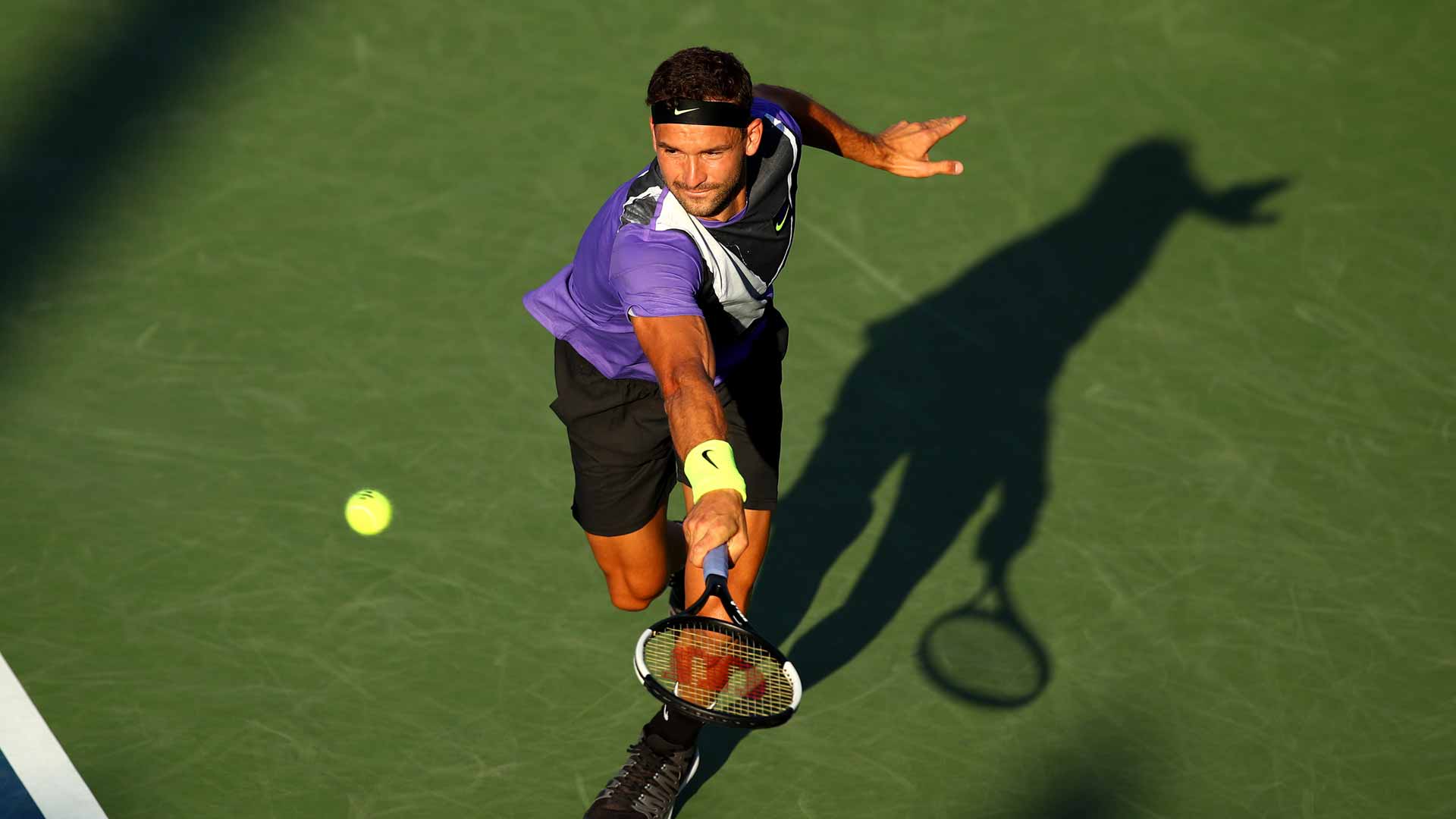 The Bulgarian needed two hours and 17 minutes to advance, firing 41 winners. Dimitrov has seen his position in the ATP Rankings dip to No. 78, but he is getting back on track this week in Flushing Meadows. He registered his first straight-sets win in three months.