Daniil Medvedev reaches the fourth round of the US Open for the first time.

ATP Staff
This article contains:
Russian to face Dominik Koepfer in Round of 16

As the clock struck midnight, Daniil Medvedev wrapped up Day 5 at the US Open with a highly entertaining victory over Feliciano Lopez.

A physical clash from first ball to last, Medvedev outlasted Lopez 7-6(1), 4-6, 7-6(7), 6-4, after three hours and 19 minutes of hard-hitting tennis. The World No. 5 equalled his best result at a Grand Slam, having also reached the Round of 16 at the Australian Open this year. It marks his first second-week appearance in New York.

It was a war of attrition as Medvedev fought past Lopez in a roller-coaster affair that concluded at 12:04am on Louis Armstrong Stadium. He fired 55 winners, including 27 aces, while surviving 85 net approaches by the Madrid native.

The drama was palpable on Armstrong and the New York crowd got firmly behind Lopez as the match wore on. An agitated Medvedev had the home fans against him as the match got underway, but the Russian fed off the high-octane atmosphere.

You May Also Like: Five Things To Know About Dominik Koepfer

Despite squandering a 5-3 lead and dropping the opening set in a tie-break, Lopez immediately snatched the second set with a break in the first game. The Spaniard would draw level just 38 minutes later, raising his arms in the air and calling on the New York faithful to rally behind him. You could cut the tension with a knife as the third set entered a tie-break, with the veteran saving a set point with a lunging volley. But two points later, Medvedev finally got the better of Lopez to seize the set.

The Russian would not look back from there, sprinting to a 3-2 lead in the fourth set with a perfect baseline-to-baseline backhand lob. And he would seal the victory on his first match point with a backhand winner.

Medvedev closes out the month of August with a staggering 17-2 record, also including final appearances at the Citi Open in Washington, Coupe Rogers in Montreal and title at the Western & Southern Open in Cincinnati. He owns a tour-leading 47 match wins - and 33 on hard courts - this year.

Meanwhile, on Grandstand, Dominik Koepfer extended his magical run another day. Koepfer stunned 17th seed Nikoloz Basilashvili 6-3, 7-6(5), 4-6, 6-1 for his first Top 20 win and first appearance in the second week of a Grand Slam. 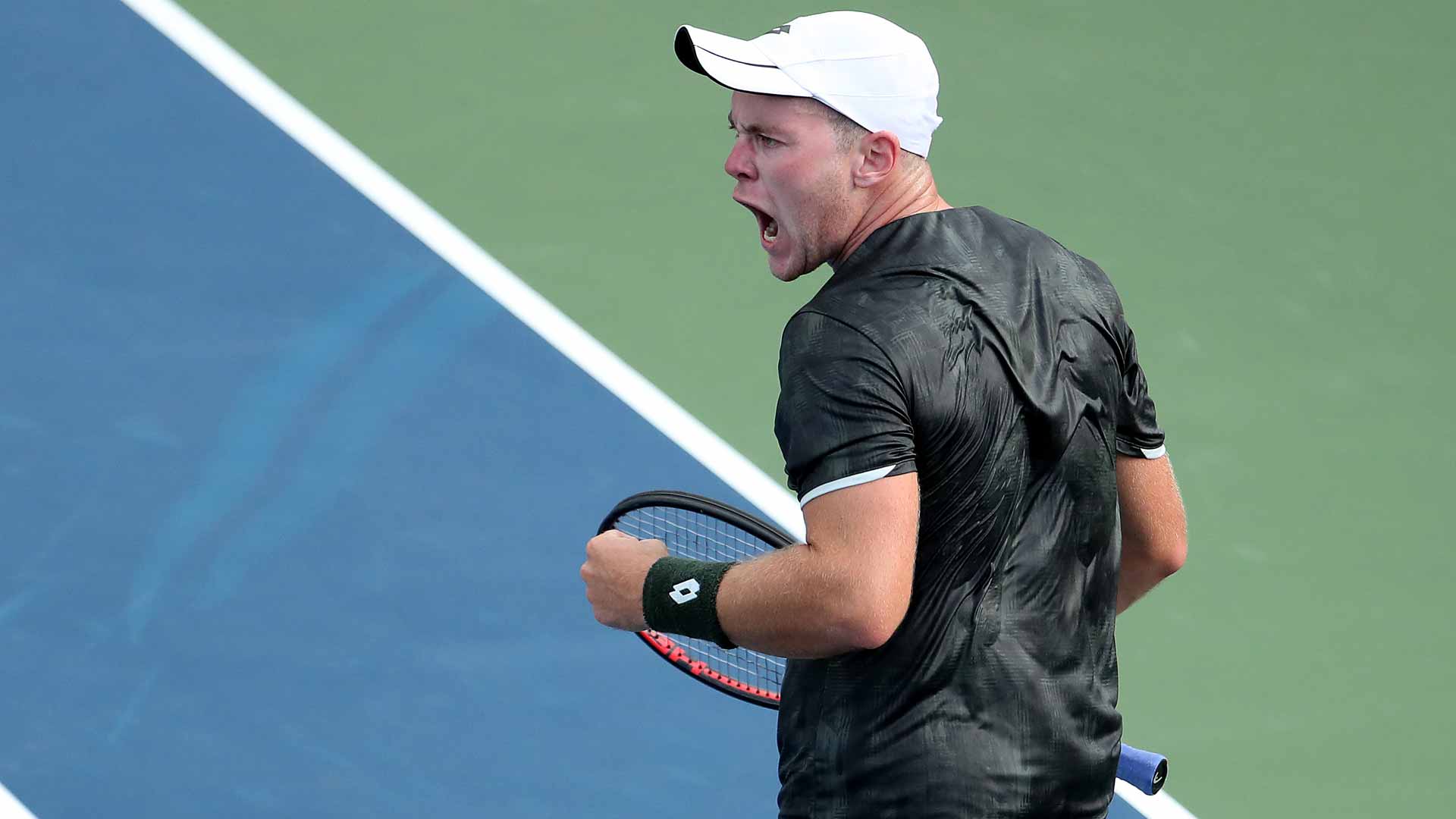 The German became just the second qualifier to reach the Round of 16 at the US Open since 2009, joining Denis Shapovalov (2017). Just a year ago, Koepfer was sitting at No. 243 in the ATP Rankings and he is now projected to crack the Top 100 with his deep run in New York.

"It's unbelievable," said Koepfer after the match. "It's my first time here and I've been here for two weeks now. Same dinner spots before every match, but I like winning so I guess we have to keep it going.

"I thought I just competed really well for four sets. I fought for every ball and every point. I guess it paid off in the end."

Under the tutelage of former pro Rhyne Williams, Koepfer is soaring. He claimed his lone ATP Challenger Tour title on the grass of Ilkley in June, before reaching the second round of Wimbledon. Now, he has taken it one step further at the US Open.