Sumit Nagal is into his first ATP Tour quarter-final at the Argentina Open in Buenos Aires.

Who Is Sumit Nagal? Get To Know The Buenos Aires Quarter-finalist

Josh Meiseles
This article contains:
Qualifier is into his first ATP Tour quarter-final in Buenos Aires

"Mr. Bhupathi, can you please look at my game?"

Nine words. One critical question. It was the moment Sumit Nagal's career was born.

Without those nine words, he would not be among the 200 best players in the world. He would not have qualified for the US Open on Friday, storming back from a set and 0-3 down in the final round. And he would not be making his Grand Slam debut on opening night against Roger Federer, in front of thousands on Arthur Ashe Stadium and millions more watching around the world.

Simply put, without those nine words, Nagal says he would not be playing tennis.

***
Flash forward 12 years. It was an overcast Friday afternoon at Flushing Meadows, with rain showers delaying the start of play by two hours. Nagal had reached the final round of qualifying, but his dreams of punching his ticket to a first Grand Slam were teetering on the brink. Standing on a packed Court 4, with a berth in the US Open main draw on the line, the 22-year-old was just three games from the exit.

Trailing by a set and a break to a red-hot Joao Menezes, he would mount a stunning comeback. Nagal flipped the script in a flash, reeling off six of the next seven games to force a decider. There, he sprinted to a double break lead and never looked back.

And just hours later, the experience became even more unbelievable. As he sat in the locker room, trying to process what he just achieved, he received a text from his coach: 'Nagal Federer Monday night'. It was all happening for the World No. 190.

"It feels amazing," Nagal told ATPTour.com. "The last three Grand Slams I played I was in qualies and I didn't win a round... Playing the main draw of a Slam feels great. It's what everyone dreams of. And to play against Federer, I've wanted this. I was telling my friends this yesterday. When people told me that Federer plays a qualifier, I was thinking how much I've always wanted this."

Nagal's eyes grew wide as he enthusiastically hit the table in front of him.

"I want to play him. It doesn't matter. It's not about winning or losing all the time. It's just the experience. It's playing someone who has 20 Grand Slams."

The exuberance in Nagal's voice continues to rise. His passion is palpable.

"There's just so much excitement. I've seen him play 50 matches here. And the energy playing at night at the US Open is insane. I'm very, very excited. I'm going to bed happy, with a smile on my face.

"I don't care what the commentators will be saying about me on TV. I'm going to be enjoying the crowd, playing the best tennis player ever. I'm just some dude from India. I'm fine with that until I make my name. That's it." 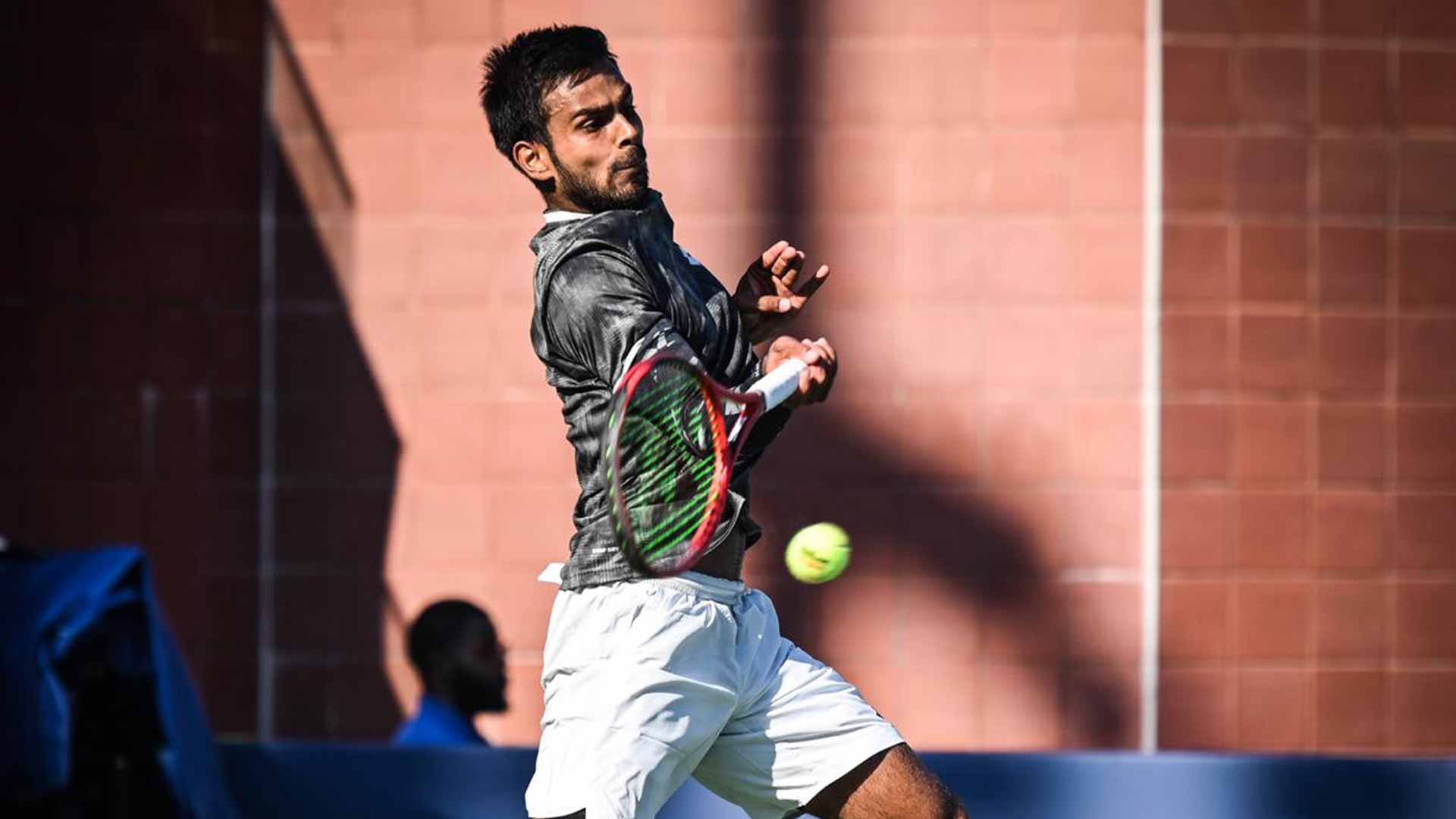 Many players grow up idolising Federer, but Nagal admits that he isn't one of them. While he admires everything the Swiss has accomplished and reveres him for his impact on the game, he offers an interesting reason why he's never tried to emulate him.

"He's just too good. You never want to copy him. If you watch Federer and what he's doing with the ball and then you try to do the same, you're just going to break your racquets. It's never going to happen. That's why he's not my idol. Just too good. That's how I see it."

Nagal's story began many years before he stepped on the grounds of the USTA Billie Jean King National Tennis Center. Flash back to 2005, when the Jhajjar native was eight years old.

In Japan, they play baseball. In Brazil, football is life. But in India, cricket is religion. Nagal grew up wanting to pursue his nation's most popular sport, often playing for eight to 10 hours a day, but his father dissuaded him. Suresh Nagal would take his son to the local sports club and upon seeing the tennis courts there, he grabbed a racquet and started hitting.

"The first day, I played a member of the club and put one ball in the court. I was so happy. After 40 minutes, I put one ball in and I was like 'yeah dad!'. In six months, I got better and better after so many hours. My father believed in hours over talent. When you're eight, it's pretty late to start tennis."

"That's the one line that changed my life. If I didn't tell him this, I would not be sitting here right now. My family didn't have enough money to support me when I was young. I couldn't have played tennis. If I didn't show guts and go up to him, I tell you I wouldn't be here in New York today. I'm 100 per cent sure. I'm very proud that I did it at that age."

Nagal was one of a few thousand people there, with only three getting selected by Bhupathi. Now, he is looking to put India back on the tennis map.

Gone are the glory days of Vijay Amritraj, Leander Paes and Bhupathi. But, for the first time in more than two decades, there will be multiple players from India competing in singles at a Grand Slam. In 1998, it was Bhupathi and Paes at Wimbledon. Now, Nagal joins countryman Prajnesh Gunneswaran in the main draw at the US Open.

The nation has had a bevy of new faces emerge on tour in recent years, with Gunneswaran cracking the Top 100, Ramkumar Ramanathan reaching an ATP Tour final in Newport last year and Yuki Bhambri competing in six Slams. But none are as young as Nagal.

"I play for my family. We don't have a tennis family. It's just very, very random. When I won junior Wimbledon - in doubles - you should have seen the tears in my parents' eyes. I play for them and my country. I'm very proud playing for India. My goal in tennis is to do really well. Not just being 80 or 90 in the world. So people aren't saying that India is only good at cricket. People don't say it's an amazing tennis country anymore and I want to be the one that leads that."

Off the court, Nagal's passions include Japanese culture. He has a full sleeve of tattoos on his left arm, depicting a temple, a samurai and a lotus flower. He says the Japanese peoples' pride and attitude towards life gives him energy. 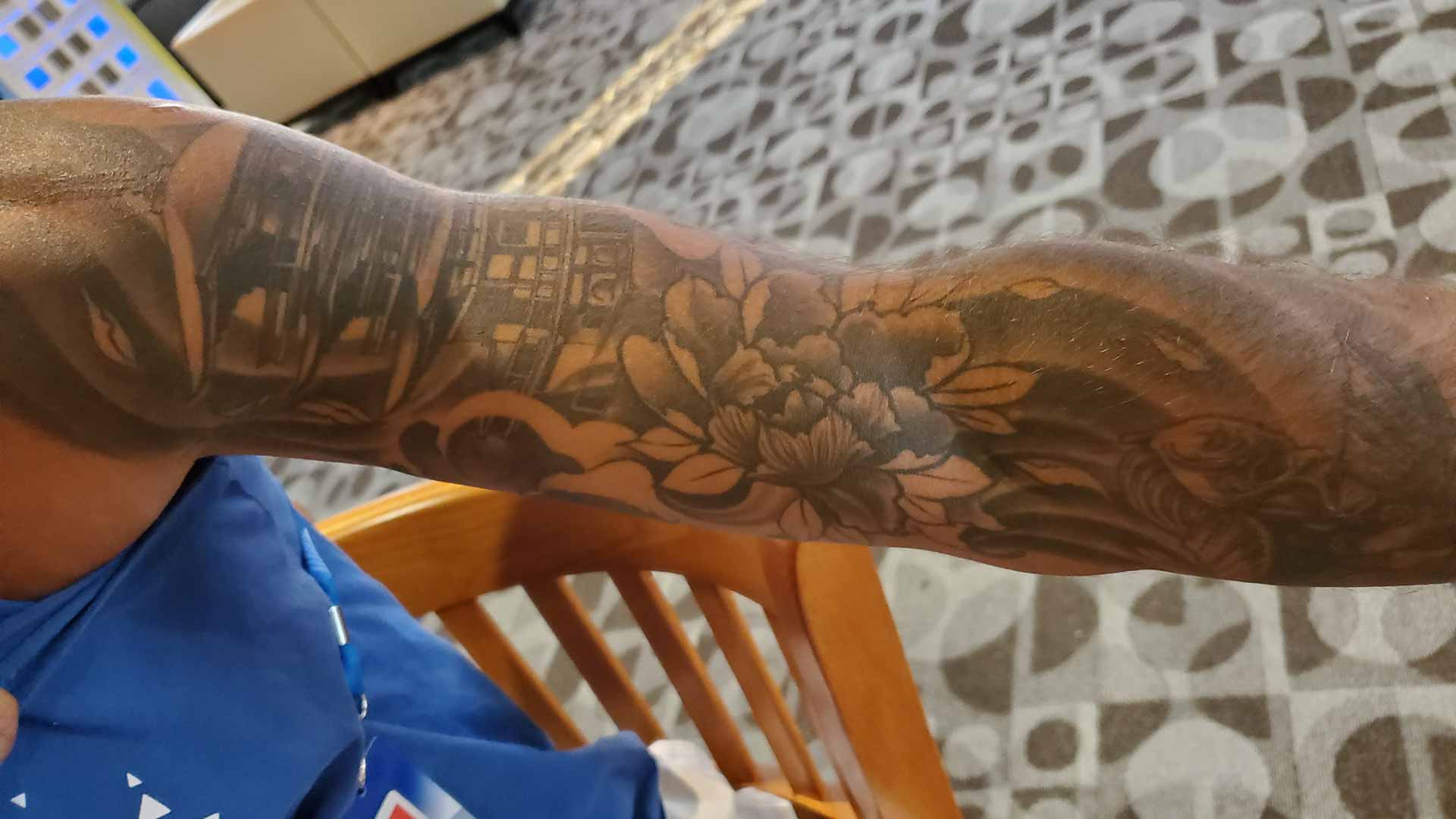 The right-hander currently trains at Nensel Academy in Germany, having moved there exactly one year ago. His head coach is club director Sascha Nensel, with fitness director Milos Galecic traveling with him to New York. Nensel used to work with former World No. 4 Nicolas Kiefer and WTA star Julia Goerges.

Nagal's results speak for themselves. Up to a career-high No. 190 in the ATP Rankings, he is steadily plotting his ascent. Nearly two years removed from his lone ATP Challenger Tour title in Bangalore, the 22-year-old is finding his stride once again. 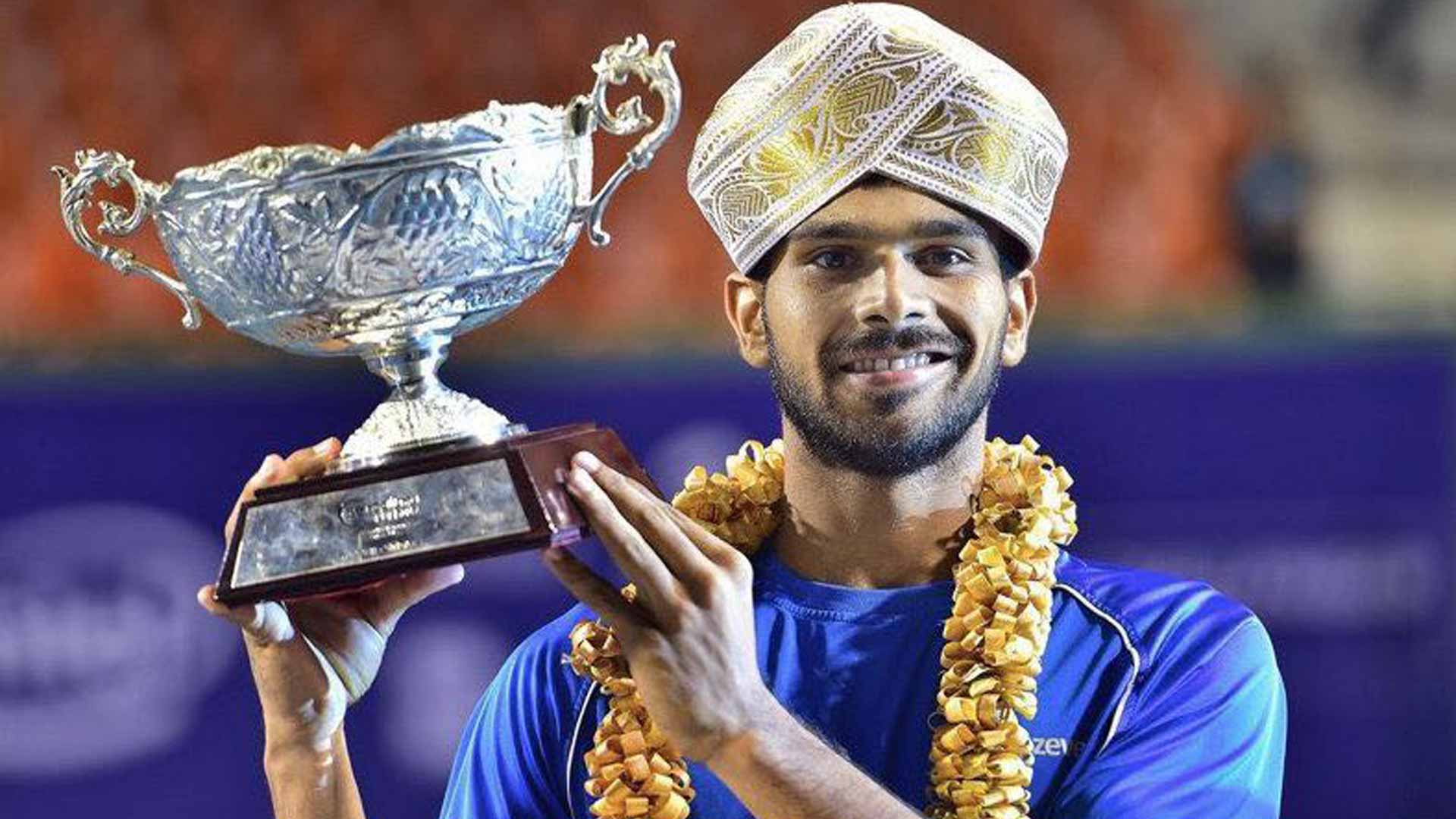 Clay is Nagal's favourite surface and he would reach the semi-finals in five of seven Challengers since early May. His most recent event was at the ATP 500 stop in Hamburg, where he qualified for a tour-level tournament for the first time. In fact, he had not played a hard-court match since March and admits that the original plan was to skip the US Open and grind on the dirt for the rest of the year.

"It's just about being happy on court. Whenever you're happy and looking forward to competing, it helps with everything. It's events like these that make it all worth it on the Challenger Tour. Every time you beat someone good, you get confidence. And it's a game where confidence does matter."