Nick Kyrgios sprints into the third round at the US Open.

One word to describe Nick Kyrgios' performance on Thursday at the US Open: clinical.

The 28th seed completed a 6-4, 6-2, 6-4 win over Antoine Hoang in a brisk one hour and 58 minutes. It was standing room only on Grandstand to catch a glimpse of the Aussie, who sprinted past the French wild card with little trouble.

Kyrgios, who blasted 40 winners, has not dropped a set in matching his best result at the US Open. He has reached the third round for a fourth time and will look to make his Round of 16 debut when he faces Andrey Rublev on Saturday.

"Once again, the crowd was amazing. It's always fun playing in front of them," said Kyrgios following the match. "But he's no easy opponent. Obviously he's a quality opponent being in the second round here, so I knew it would be tough but I had to serve and play big. That's what happened.

"New York has a fair bit of distractions, so I'm trying to stay away from that. But this is one of my favourite tournaments of the year, so I'm really trying to strap in and do well this week. I want to stay focused."

You May Also Like: Shapo Sets Up Monfils US Open Showdown

Kyrgios breezed through the first set after 35 minutes without much drama. Serving at 5-4 40/0, he faked an underarm serve and promptly struck a sublime second serve ace that kicked beyond Hoang's reach. It was smooth sailing from there for the 24-year-old, eventually converting his third match point with a service winner.

He enters New York on the heels of a title run at the Citi Open in Washington. It will be the second FedEx ATP Head2Head meeting between Kyrgios and Rublev, following a first-round triumph by the Aussie in Moscow last year.

Earlier on Thursday, Rublev advanced to the third round after Gilles Simon retired with a neck ailment. He led 6-2 when the Frenchman was forced to stop. Rublev, who upset eighth seed Stefanos Tsitsipas to open his campaign, is just two years removed from a magical quarter-final run at Flushing Meadows. On the comeback trail after enduring a stress fracture in his lower back, the 21-year-old is pushing towards a Top 40 return in the ATP Rankings.

For the second straight year, there are three Australians in the third round of the US Open. In 2018, it was Kyrgios, Alex de Minaur and John Millman. This week, Kyrgios and De Minaur are joined by 20-year-old Alexei Popyrin. 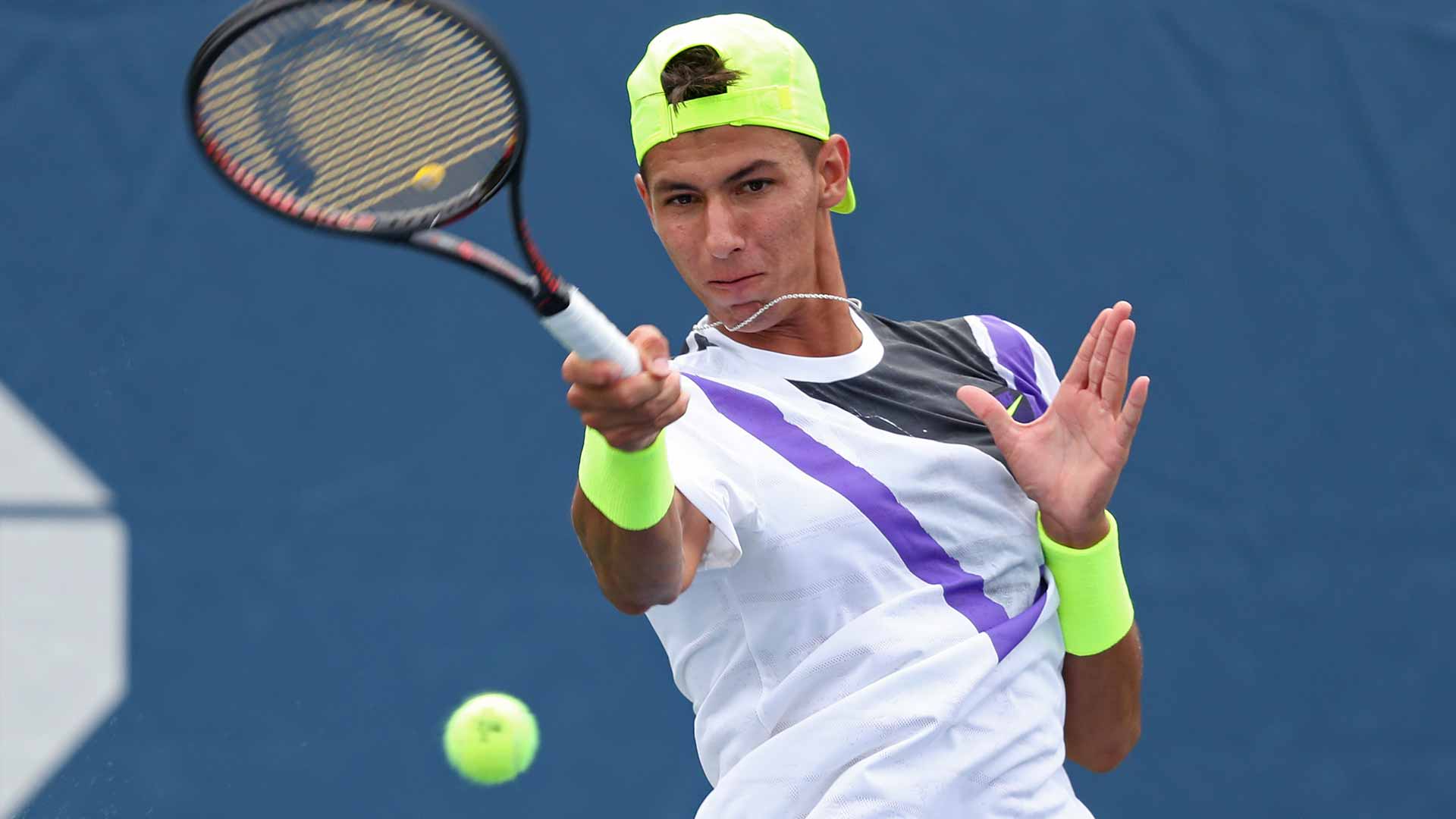 Popyrin defeated Mikhail Kukushkin 2-6, 7-5, 6-3, 6-2, rallying from a set down to triumph on Court 12. The Sydney native launched 44 winners, including 15 aces, during the two-hour and 35-minute affair. He converted seven of 10 break chances.

Popyrin, who is sitting in 11th position in the ATP Race To Milan, is hoping a strong week in New York will propel him to a first Next Gen ATP Finals appearance. Making his US Open debut, he has claimed match wins at all four Grand Slams this year.

Next up for the surging Aussie is 24th seed Matteo Berretini. The Italian defeated Jordan Thompson 7-5, 7-6(5), 4-6, 6-1 to reach the third round in New York for the first time. He is one win from matching his best Grand Slam result, achieved last month at Wimbledon.