Fans on Louis Armstrong Stadium were treated to a dramatic encounter to kick off Day 2 at the US Open. Andrey Rublev survived a dogged display from a cramping Stefanos Tsitsipas to advance to the second round under bright skies in New York.

Rublev eventually triumphed 6-4, 6-7(5), 7-6(7), 7-5 after three hours and 55 minutes, but the Russian was made to work by his Greek opponent. Despite yielding 25 winners in the third set, Rublev would save a set point to edge ahead by two sets to one.

But in the fourth, with Tsitsipas enduring severe leg cramps, it was the hobbled Athens native who refused to acquiesce to defeat. Barely able to move, he hit two aces in a row to hold for 3-2 and was blasting winners left and right on one leg. In the end, it was Rublev who finally converted the decisive break for 4-3 after denying seven break points in the previous game.

"It was tough conditions and we played an amazing match," said Rublev. "I know how it is. I was cramping many times during the match too. This is five sets that we're working for. When you win matches like this, it gives you confidence. This match is special, because you know how great he is."

You May Also Like: Rublev's Road Back From The Sofa

Rublev is back at the site of his Cinderella run in 2017, when he shocked the field en route to the last eight. Fresh off quarter-final runs in both Cincinnati and Winston-Salem, the 21-year-old is on fire once again as he continues his comeback from a stress fracture in his lower back. It was his third Top 10 win of the season, having also upset Dominic Thiem in Hamburg and Roger Federer in Cincinnati. He will next face Gilles Simon, who ousted Bjorn Fratangelo 5-7, 7-5, 7-5, 7-5. The Frenchman and the American combined for a staggering 48 break points, with Fratangelo converting seven and Simon nine.

Tsitsipas, meanwhile, has now lost three opening-round matches in a row after reaching the Citi Open semis. He struck 81 winners in defeat.

The other #NextGenATP to kick off Tuesday play was Alexei Popyrin. The Aussie made quick work of Federico Delbonis, prevailing 6-1, 7-5, 7-6(5) to earn his first US Open match victory. 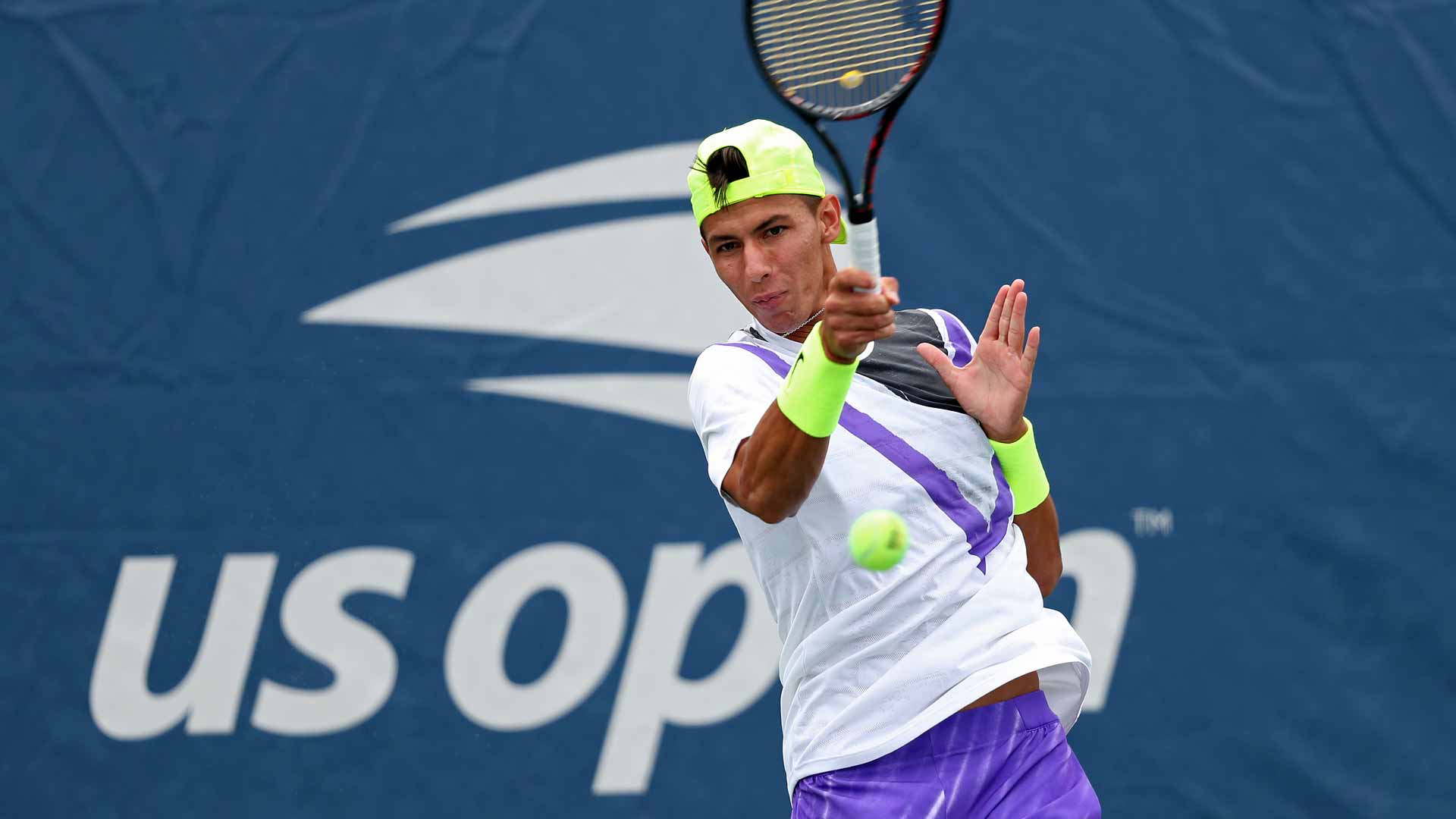 Popyrin has won matches at all four Grand Slams this year, moving him to 11th in the ATP Race To Milan. He will hope to build on that standing when he next faces Mikhail Kukushkin on Thursday. Kukushkin earned the ninth five-set win of his career with a 3-6, 6-1, 6-4, 3-6, 6-3 upset of 10th seed Roberto Bautista Agut.

In other action, 24th seed Matteo Berrettini outlasted Richard Gasquet 6-4, 6-3, 2-6, 6-2 in two hours and 43 minutes. It was the Italian's first match win at Flushing Meadows. He will target a second against Aussie Jordan Thompson on Thursday. Thompson defeated Joao Sousa 6-3, 6-2, 6-4 on Court 6.