ATP Staff
This article contains:
Both men had previously won a major with different partners

Mate Pavic and Bruno Soares won their first Grand Slam championship as a team on Thursday afternoon, defeating Wesley Koolhof and Nikola Mektic 7-5, 6-3 to lift the US Open trophy.

"It means a lot. That's what we practise for. That's what we were trying to do in these five months off, working for this moment," Soares said on court after the match. "Extremely happy. Tough year for everyone. Really glad the work that everyone put into this event to give us the opportunity to get back on the court. To start with a Grand Slam title, I think it's a very positive way to come back for us."

Pavic and Soares lost in the first round of the Western & Southern Open, the first tournament since the ATP Tour resumed. But they battled past four former US Open champions en route to earning the title at the same venue, the USTA Billie Jean King National Tennis Center.

Both men had previously captured Grand Slam glory, with Soares winning the 2016 Australian Open and US Open with Jamie Murray, while Pavic triumphed at the 2018 Australian Open with Oliver Marach. This is their second tour-level victory together after winning last year’s Rolex Shanghai Masters.

Pavic and Soares were both the more dynamic and solid team inside Arthur Ashe Stadium. Pavic wreaked havoc with his big serve and flashy shotmaking, while Soares made few mistakes and forced their opponents to hit difficult shots. 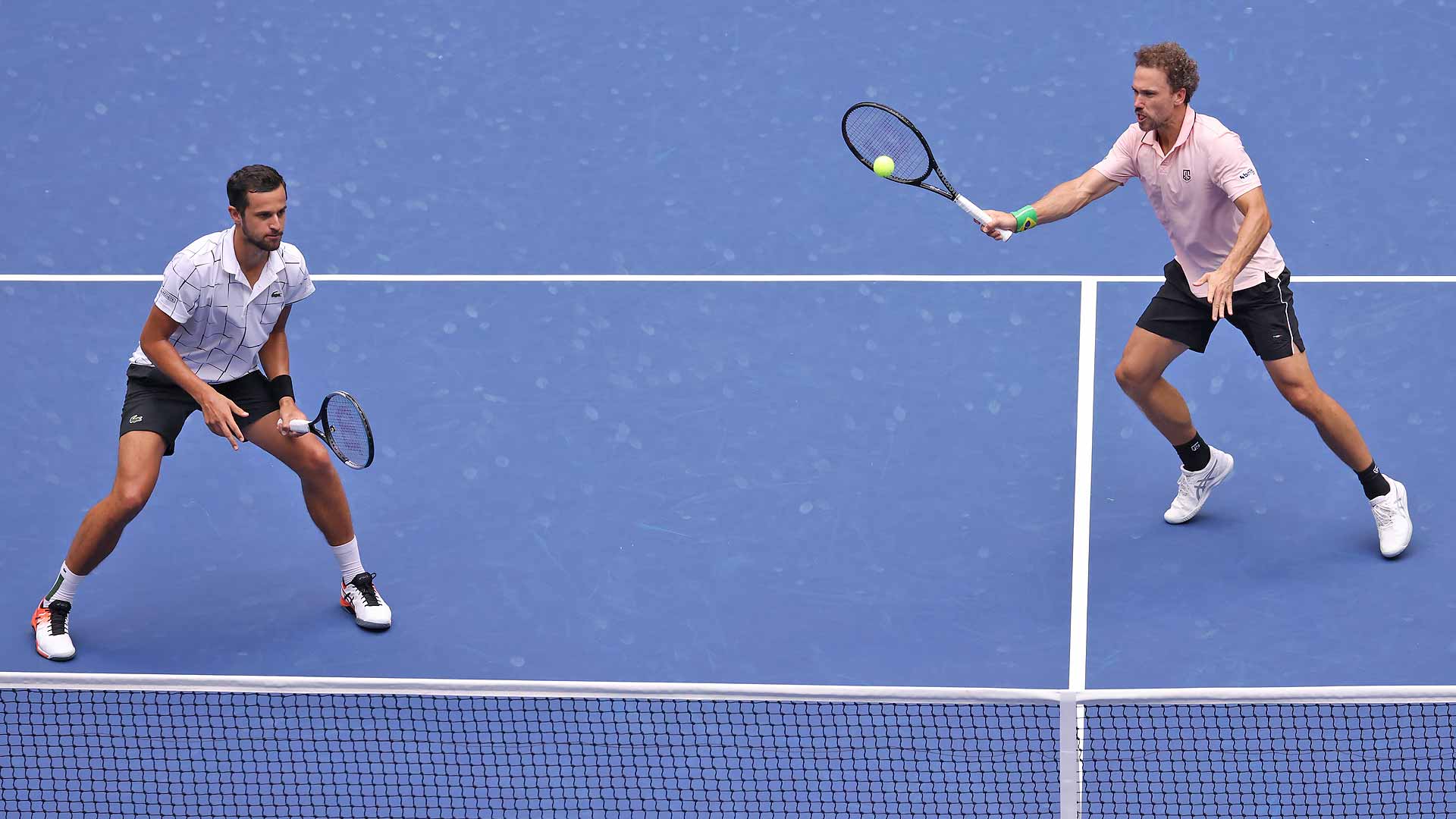 Photo Credit: Al Bello/Getty Images
The key moment in the match came with Mektic serving at 5-6 in the first set. At 40/15, Koolhof missed an easy forehand volley on top of the net, which would have forced a tie-break. Later in the game, Soares hit a cross-court forehand return on the full stretch for a winner, earning the first break of the match and with it, the set.

Koolhof and Mektic began making more errors in the second set, perhaps showing nerves during their first Grand Slam final (individually and as a team). Pavic and Soares took full advantage, earning the decisive break at 3-2 when Pavic hit a perfect backhand lob winner. Mektic dropped his head before the ball landed, knowing it would drop just inside the baseline.

In the first round of the tournament, Pavic and Soares rallied from a break down in the third set against 2019 US Open finalists Marcel Granollers and Horacio Zeballos. In the second round, Jack Sock and Jackson Withrow served for the match against them. But after 90 minutes in the championship match, Mektic carved a backhand volley into the net to end the match, making Pavic and Soares the champions. They split $400,000 with their triumph.

"[This gave us] a lot of confidence. We did have tough matches," Pavic said of their start to the tournament. "We got through tough moments throughout the week. Like Bruno said, very happy to be here lifting the title, great tournament. Congrats to the guys for the final."

Koolhof and Mektic were trying to win their first tour-level title as a team. The eighth seeds only lost one set en route to the final. They depart New York with a share of $240,000.

Did You Know?
Pavic is the first Croatian to win the US Open men’s doubles title since Nikola Pilic in 1970 (w/Pierre Barthes).