ATP Staff
This article contains:
“Be Open” honors champions of equality, both on and off the court

The United States Tennis Association (USTA) has expanded its social responsibility campaign, “Be Open,” leveraging the global stage of the 2021 US Open to promote and amplify important messages of progress, positivity and equality.

Introduced at the 2020 US Open, the platform has developed into a focal point of the tournament. “Be Open” honors champions of equality, both on and off the court, and the multi-faceted campaign of 2021 features an increased number of activations that are designed to inspire everyone to have a more “open” mind towards all things and all people. Tennis is open to all players, regardless of age, race, creed, gender, sexual orientation, or national origin and the USTA and US Open remain committed to the pursuit of equity, inclusion, and respect for all.

“As we began this important journey in 2020, we quickly understood that as the world evolves it is imperative that the ”Be Open” platform continually evolves with it,” said Michael Dowse, USTA Chief Executive Officer and Executive Director. “Our unwavering commitment to this culturally-relevant movement is a real-time reflection of the inclusiveness of tennis and is truly a concerted industry effort, with US Open fans, players, sponsors and partners all rallying around some of the most significant societal issues and shared values of our time.”

“Be Open has become a centerpiece of the US Open and will be well into the future,” said Nicole Kankam, Managing Director, Pro Tennis Marketing, USTA. “The expanded list of activations for 2021 more fully embrace the values that we have championed throughout our history and continue to support.”

The following activations will be featured as part of “Be Open” at the 2021 US Open:

Open Canvas Art Display – throughout the tournament
The “Open Canvas” art installations will move from the front-row seats of Arthur Ashe Stadium to the grounds of the USTA Billie Jean King National Tennis Center so that all fans can better engage with the dynamic program. Dedicated booths in the sponsor allee near Grandstand Stadium, will feature the work of 10 artists from diverse, underrepresented backgrounds who have created life-size artwork that brings to life powerful messages of inclusivity and diversity. Broader storytelling in 2021 will help to reach new audiences and into new areas, including people of color, gender equality and LGBTQ+. All original artwork will be available for fans to bid via QR codes in a live auction throughout the tournament, with proceeds going to the USTA Foundation and charities selected by the artists. US Open partners Mercedes-Benz and BODYARMOR are supporters of this year’s exhibit. The overall concept was developed in collaboration with USTA creative agency dentsuMB.

US Open “Champion to Champion” – throughout the tournament
This compelling nightly initiative will honor 11 community-based champions from the U.S. and around the world who have gone above and beyond in their respective fields to help provide a better future for those around them. US Open tennis champions will again be paired up with these honorees for one-on-one virtual conversations, as a thank you for their efforts. Each conversation will air as a brief video during the evening broadcast of the 2021 US Open. Fans nominated champions from their community and those selected include teachers, health care workers, medical providers, frontline workers, 9/11 first responders, coaches and program leaders, as well as others in partnership with US Open international broadcasters. Each champion embodies the spirit of “Be Open” with their community reach and impact, openness and passion, and creative efforts. 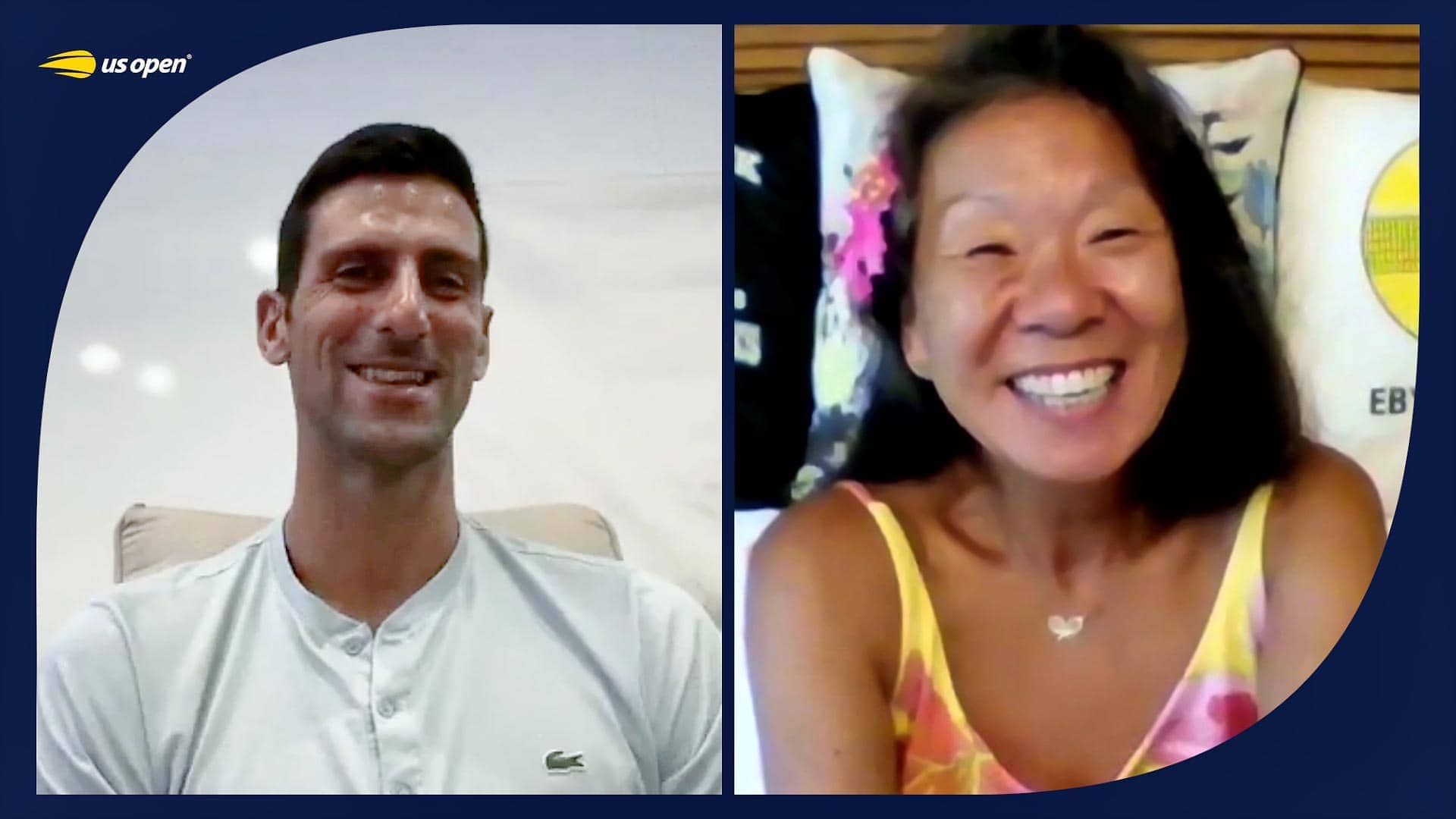 US Open Pride Day – Wednesday, September 1
Begun in 2019, the tournament will expand its commitment to the pride community with an official “US Open Pride Day” on Wednesday, September 1 to honor the LGBTQ+ community—past, present and future. The celebration will be seen and felt throughout the grounds of the USTA Billie Jean King National Tennis Center, a fitting tribute to King, one of the most important trailblazers in tennis and sports, and to the LGBTQ+ community as a whole. LGBTQ+ tennis players span the globe and Pride Day offers an opportunity to thank them for breaking down barriers and paving the way for future LGBTQ+ tennis stars to play the game they love and feel welcome and accepted just as they are. To further strengthen its commitment to LGBTQ+ inclusion in tennis, the USTA is partnering with organizations that focus on making athletic communities more inclusive and advocating for LGBTQ+ equality. The Gay and Lesbian Tennis Alliance (GLTA) has recently joined Tennis Industry United (TIU) as a supporting partner. The TIU was developed to help drive the growth of tennis and comprises six tennis organizations, including the USTA.

HBCU Live at the US Open – Thursday, September 2
Historically Black Colleges and Universities (HBCUs) have played a vital role in American history, producing some of the most successful business people, entertainers, athletes and world leaders throughout every sphere of society. This year, the US Open will bring greater awareness of HBCU culture, history and tradition directly to fans on the grounds of the USTA Billie Jean King National Tennis Center. At an HBCU, the “yard” is the center of the community and the 2021 US Open will bring together music, food and a fun, celebratory atmosphere that captures the spirit of that yard experience. Tennis pioneer Althea Gibson was an HBCU alum, as well as former NYC Mayor and USTA Board member, the late Hon. David N. Dinkins, who will be honored with a celebratory tribute thanking him for his many contributions to the US Open and the sport of tennis. HBCU Live at the US Open will also include an increased commitment to supporting the Black community through USTA financial contributions to HBCUs varsity tennis programs, benefitting their student-athletes. Also of note, much of the September 2 celebration is being produced by Black-owned businesses and many of those owners are also HBCU alums.

Original 9
In addition, the USTA will honor the group of pioneering women professionals known as the “Original 9” and further show its support for gender pay equity by honoring them and their impact on women’s sports today. The “Original 9” will officially receive the Trailblazer Award at the USTA Foundation Opening Night Gala, as well as an on-court ring ceremony on September 9 to commemorate their 2021 induction in to the International Tennis Hall of Fame. A photo exhibit honoring all nine trailblazing women will be on display along the sponsor allee with photos curated by the International Tennis Hall of Fame.

Also, an all new 2021 “Be Open” video content series and related stories of inspiration can be found on USOpen.org/BeOpen.