Canadians Brayden Schnur and Filip Peliwo visit the Capilano Suspension Bridge ahead of the Vancouver Challenger.

This week, the summer of tennis in Canada concludes with one of the most prestigious tournaments on the calendar. The stars of the ATP Challenger Tour have descended on the Odlum Brown VanOpen, as the city of Vancouver welcomes players and fans for the 14th edition.

While the world's best compete in ATP Masters 1000 action in Cincinnati, there is no shortage of star power on the Challenger stage in Western Canada. A total of 14 players are inside the Top 150 of the ATP Rankings, led by Ricardas Berankis, Steve Johnson and Canadian Brayden Schnur. Hyeon Chung, Ernests Gulbis and Thanasi Kokkinakis also headline the loaded draw.

The tournament is one of the crown jewels of the Challenger circuit, with Hollyburn Country Club featuring packed stands every day and world-class amenities for the players. In 2018, the Odlum Brown VanOpen was honoured as 'Tournament of the Year' on the ATP Challenger Tour for a second straight season.

On Tuesday night, the celebration kicks into high gear with opening ceremonies and the award presentation. But first, players stepped away from the courts for an off-site visit to one of Vancouver's main attractions. On Monday, Canadians Brayden Schnur and Filip Peliwo experienced the Capilano Suspension Bridge, which towers over the Capilano River and is just minutes from Hollyburn. One of the iconic sites of the city, the bridge is 140 metres (460 feet) long and draws over 1.2 million visitors per year.

"It was awesome," said Schnur. "You don't get to go off site very often at tournaments, so it was great to take time away from the court and experience the city of Vancouver."

🇨🇦 @BraydenSchnur & @filippeliwo stepped away from the courts for a trip to the famous Capilano Suspension Bridge in Vancouver.@vanopentennis pic.twitter.com/gR6s55qNyH

Founded in 1889, the bridge is part of a park that includes gardens, nature trails and North America's largest collection of First Nations totem poles. It is Vancouver's oldest paid visitor attraction.

"For me, it's a little different because I'm from here," said Peliwo. "I've been to suspension bridges before, but to come back after many years is cool. And to revisit old memories. I'm not back in Vancouver very often, so it's good to be home." 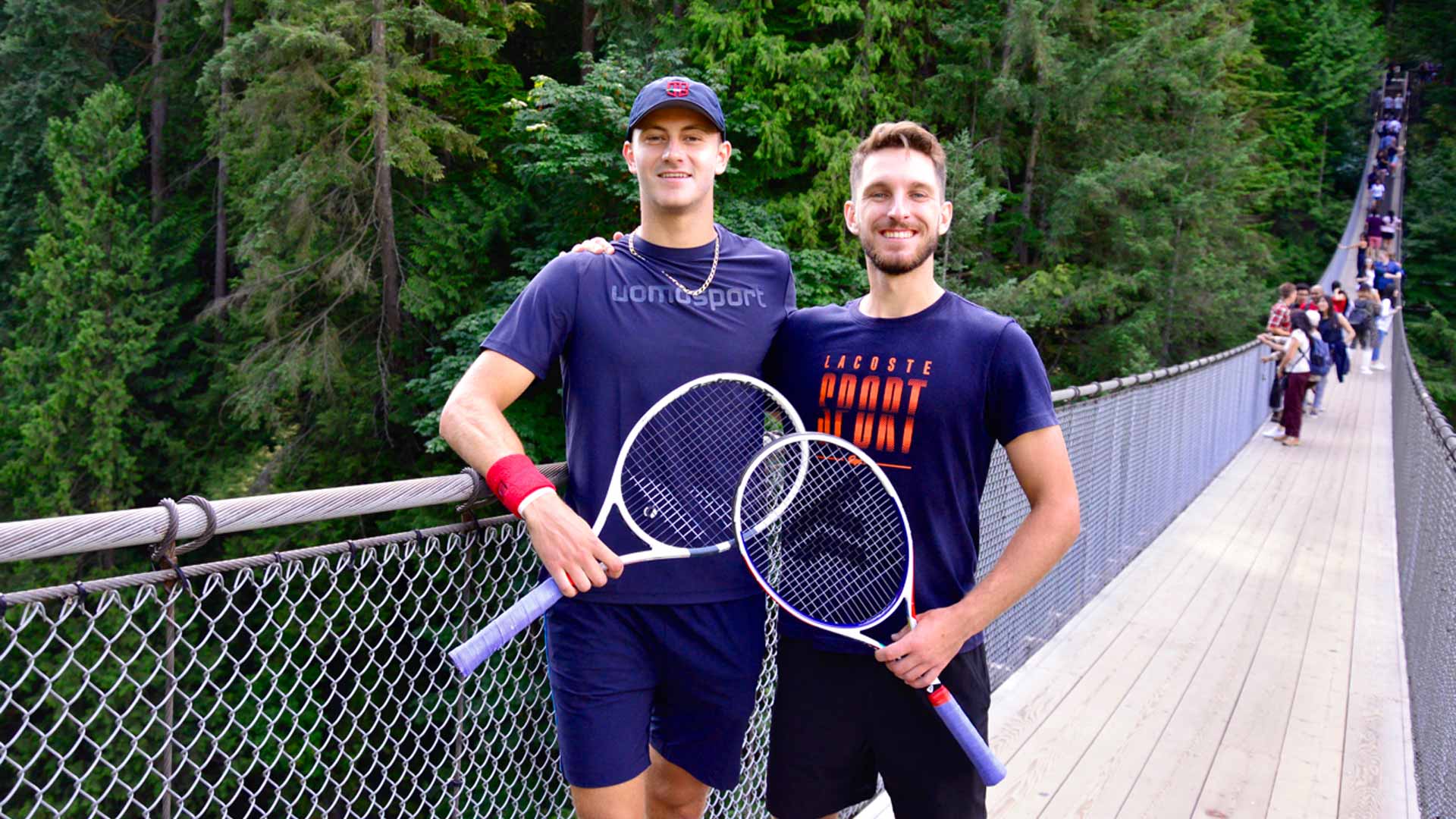 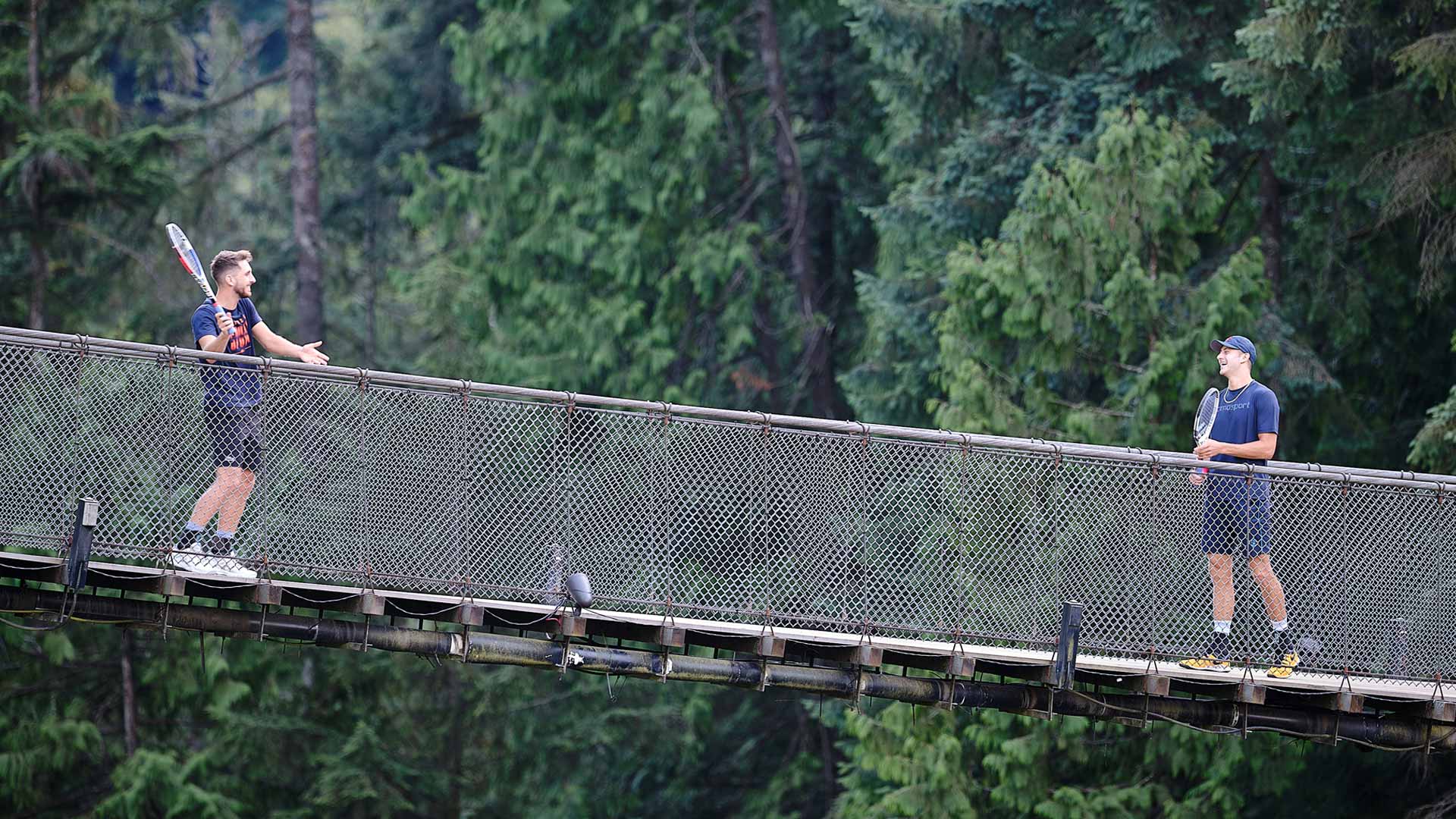 Schnur, seeded third, is coming off a significant milestone in his fledgling career. The newest member of the Top 100 of the ATP Rankings, he broke through on 15 July and is up to a career-high No. 95. At the age of 24, the former University of North Carolina standout is making his mark on the professional scene. In February, he reached his first ATP Tour final at the New York Open.

Peliwo, meanwhile, is just three months removed from his second Challenger final appearance. The 25-year-old advanced to the championship match in Jerusalem and is on the rise once again, pushing towards a Top 200 return. In 2017, he claimed his lone Challenger title as a qualifier in Knoxville.

Schnur and Peliwo are two of seven Canadians in the main draw at Hollyburn, also including stalwarts Peter Polansky and Vasek Pospisil. The VanOpen caps another action-packed summer of tennis in Canada, which spanned five weeks and included Challengers in Winnipeg, Gatineau and Granby, as well as the Rogers Cup, an ATP Masters 1000 event in Montreal.

You May Also Like: Vancouver, Heilbronn & Puerto Vallarta Named Best 2018 Challengers
More stories like this in:
Premier Partner