Fernando Verdasco will face Nikoloz Basilashvili for a place in the Australian Open third round.

Fernando, Let’s See If You Can Move This Car

An insight into Verdasco’s fitness regime

The fact that Fernando Verdasco is still among the elite of the ATP Tour at 36 years of age is no coincidence.

A look behind the scenes reveals his meticulous attention to and hard work on what he considers his most prized asset; his fitness. The result is that after so many seasons on the ATP Tour, he is still among the Top 50 in the FedEx ATP Rankings and winning Grand Slam matches, as he did on Tuesday against Evgeny Donskoy in the first round of the Australian Open, 7-5, 6-2, 6-1.

The Madrid native, who has competed at 67 consecutive Grand Slam events, amazed everyone with a strength training exercise in which he dragged a two-tonne car during his pre-season training in Miami under the watch of his fitness coach Javier Bustos.

“It was a seven-seat minivan,” said Verdasco. “I didn’t know we were going to do that, but we were doing weights and it was the last day of strength training after two weeks.” 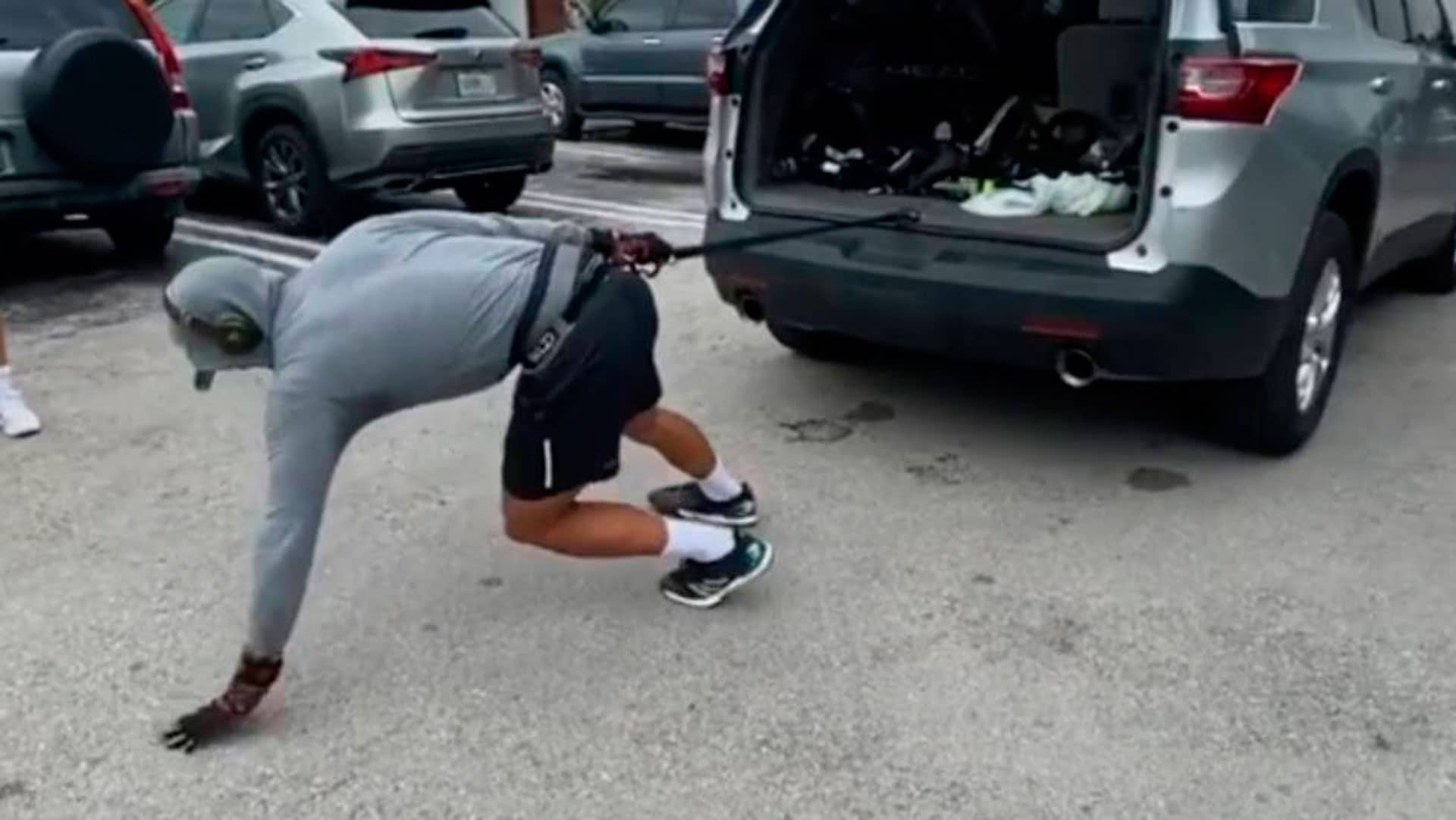 On that day, the squats session was going better than expected and there were no weights left. So his team prepared a surprise for him, a challenge from Dinomo and Bustos.

“I had to do five repetitions of squats and I did 10,” said Verdasco. “They thought that I had plenty left in me... and then they told me we were going outside. When I got there, they said to me ‘Let’s see if you can move this car’. They hooked me up and we did quite a few repetitions… pulling the car from a standstill.”

It is a mere anecdote, but it provides an example of the fact that fitness is the cornerstone of the Spaniard’s preparation. Why? The player himself explains:

“I’m a player who, if I have confidence in my fitness it helps me mentally and in terms of my game," said Verdasco. "I need to feel that I’m strong, resistant, then my mind is at peace because I know that my body is ready. In these 6 or 7 weeks of pre-season, I focused on fitness training.

“At the end of the day I’m 36, not 20. My body has already suffered for all these seasons and little-by-little I have to take care of it by stretching, resting, eating better... As I want to keep playing.

”I’m gradually doing things better to try and be among the elite for as long as possible with the best in the world. At the moment, I believe my body is responding. I don’t know how long for, but I will try to fight as hard as possible.”

Among the knocks that his physique has suffered during his career, the most recent came last season with a knee effusion that affected his performances between June and October.

“My knee didn’t feel right from Queens to Vienna. I had an oedema in the kneecap that I picked up in a match against Medvedev,” said Verdasco. “I knocked it when I slipped. I didn’t know it came from that, I didn’t realise until weeks later. Because I didn’t stop, the tendon and the surrounding areas became inflamed. It could have been a few weeks’ pain, but in the end it was several months.”

Early this season in Doha, he also picked up a hamstring injury in his first match of 2020 against Pablo Andújar, which ended in victory.

“After that match I did some tests and they told me that I had a bone oedema and we did everything possible in Doha and I withdrew from Adelaide,” said Verdasco.

“We’re not machines, so it’s normal. It happens to everyone. I try to think of things to motivate me. I’ve been lucky to play more than 60 consecutive Grand Slams, fit, always competitive, I’ve never had a serious injury in the 16 or 17 years of my career.

“I try to think that the pain will pass, sending positive messages to my mind that it will be soon and I always try to train, even if it is with some low-level pain.”

So far in Melbourne, his fitness is holding up. Even more so having been on court for just one hour and 37 minutes.

“I’ve been doing a lot of treatment, trying to recover for the Australian Open,” said Verdasco. “[On Tuesday], I felt perfect. In addition, as it was quick, it helps me for the next match against [Nikoloz] Basilashvili in the second round, which on paper looks very tough.”