Rafael Nadal loses at most one game in back-to-back matches for the first time since 2010 Monte-Carlo.

World No. 2 to face countryman Verdasco

Rafael Nadal might have arrived in Rome without a title on the season for the first time since 2004. But if the World No. 2 needed it, he did a lot to gain confidence on Thursday. Nadal lost just two games in two matches, defeating No. 14 seed Nikoloz Basilashvili 6-1, 6-0 to reach the quarter-finals of the Internazionali BNL d'Italia.

The eight-time champion is into the last eight at this ATP Masters 1000 tournament for the 14th time and his 11th consecutive appearance. Before Thursday, he had lost just one game in a match at the Foro Italico only twice in 62 matches. But he did it twice in the same day, beating Frenchman Jeremy Chardy 6-0, 6-1 earlier on.

"Playing two matches is a very dangerous day. I was able to manage it well," Nadal said. "I played well, especially I think better in the afternoon than the morning. Yeah, [I'm] happy about that level in the afternoon."

You May Also Like: Verdasco Upsets Thiem In Rome; Struff Beats Cilic

Basilashvili is one of the biggest power players on the ATP Tour, but Nadal did well to keep the Georgian from stepping inside the baseline to dictate play. The Spaniard saved the only break point he faced, and won an impressive 62 per cent of first-serve return points in his 62-minute victory against the World No. 18.

In total, Nadal spent just two hours and nine minutes on court in his two matches. His next opponent, countryman Fernando Verdasco, spent at least that long on the court in each of his battles Thursday.

"He's always tough. He is a great player," Nadal said. "He's a very dangerous player for everybody when he's playing well. He's having a great tennis career."

Verdasco eliminated Dominic Thiem and Karen Khachanov, but both victories went down to the wire. The Spaniard beat Khachanov 7-5, 3-6, 6-3 in two hours and 10 minutes for his second victory of the day and a place in the quarter-finals after ousting Thiem 4-6, 6-4, 7-5 in two hours and 44 minutes.

"Today obviously it was a hard day at the office, but a hard day in a really good way. I played six sets, but I won both matches. I won against Thiem, who is No. 4 in the world. For me, top three for sure on clay. Then Khachanov, he is also 11 or 12 or 13 in the world. Super tough player, too," Verdasco said. "I'm so happy about it. I'm so happy about the level that I played today and how I performed today." 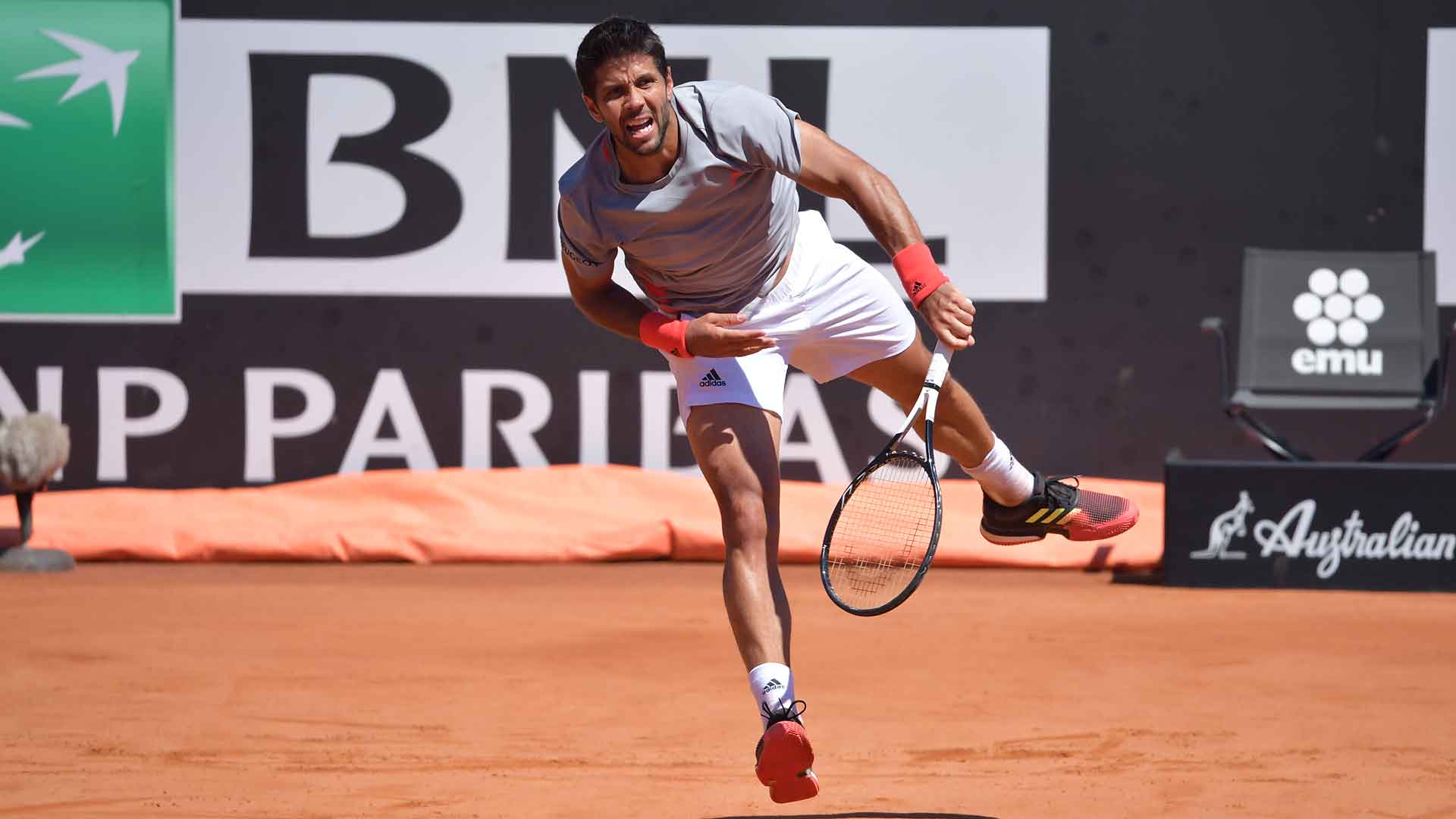 Verdasco will contest a clay-court Masters 1000 quarter-final since May 2012 in the Spanish capital, Madrid. But Nadal leads their FedEx ATP Head2Head series 16-3, including an 8-2 edge at this level.

Verdasco saved a break point in the first game of the decider, then pressed Khachanov at 2-3 before finally making a breakthrough at 3-4, 30/40 when his Russian opponent hooked a forehand narrowly wide. Khachanov is now 10-12 on the year, following his first ATP Masters 1000 crown at the Rolex Paris Masters in November 2018.

Did You Know?
The last time Nadal won back-to-back matches in which he lost at most one game was the 2010 Rolex Monte-Carlo Masters, defeating Thiemo de Bakker in the second round and Michael Berrer in the third round. He also lost just one game in the final of that event, defeating Verdasco for the trophy.