Fernando Verdasco entered his match on Monday evening at the Fayez Sarofim & Co. Clay Court Championship with a fine pedigree — both overall and on clay. The left-hander was just two tour-level wins away from No. 500 in his career, and he arrived in Houston with 213 victories on clay. His opponent, American Denis Kudla, had played just nine tour-level clay-court matches, winning only two.

But that proved inconsequential as day turned to night on Centre Court, as the World No. 122 defeated 2014 Houston champion Verdasco, the World No. 36, 6-4, 7-6(4) to claim his best victory of the season by ATP Ranking.

"I thought it was a great performance by me on the clay. I honestly did not think I really had a high chance of winning this match. I just wanted to go out there and make him earn it and kind of blow me off the court," Kudla said. "I executed my game plan. I moved well and I came up with good serves to set up a good first ball in big moments."

Kudla had earned only one tour-level triumph in 2018, with his ATP Ranking slipping as low as No. 207 last November. But the 25-year-old found his form early in the year on the ATP Challenger Tour, going 13-4 at that level. The right-hander won the Challenger Banque Nationale de Drummondville in March before reaching the final at the Open Region Guadeloupe two weeks ago (l. to Lajovic). That momentum carried into Houston, as Kudla won his first clay-court match since 2016 Rome.

You May Also Like: Kudla Celebrates Drummondville Challenger Crown

It appeared Verdasco had found his footing on the clay as he gained a 4-1 lead and later held set point at 5-4 on the American's serve, but Kudla hit a deep inside-in forehand that the Spaniard sliced into the net, and that was the best opportunity he would get. The 34-year-old lost his first three service points in the tie-break to give his opponent the only advantage he needed.

Verdasco arrived at the only North American clay-court ATP World Tour event with plenty of momentum himself, winning two matches at both the BNP Paribas Open and the Miami Open presented by Itaú, including a victory against reigning Nitto ATP Finals champion Grigor Dimitrov at Indian Wells. But instead of moving within a match up victory No. 500, Verdasco falls to 11-9 on the season.

Kudla will next face Ivo Karlovic, who he beat at 2016 Rome, or Taro Daniel, who defeated Novak Djokovic at Indian Wells. 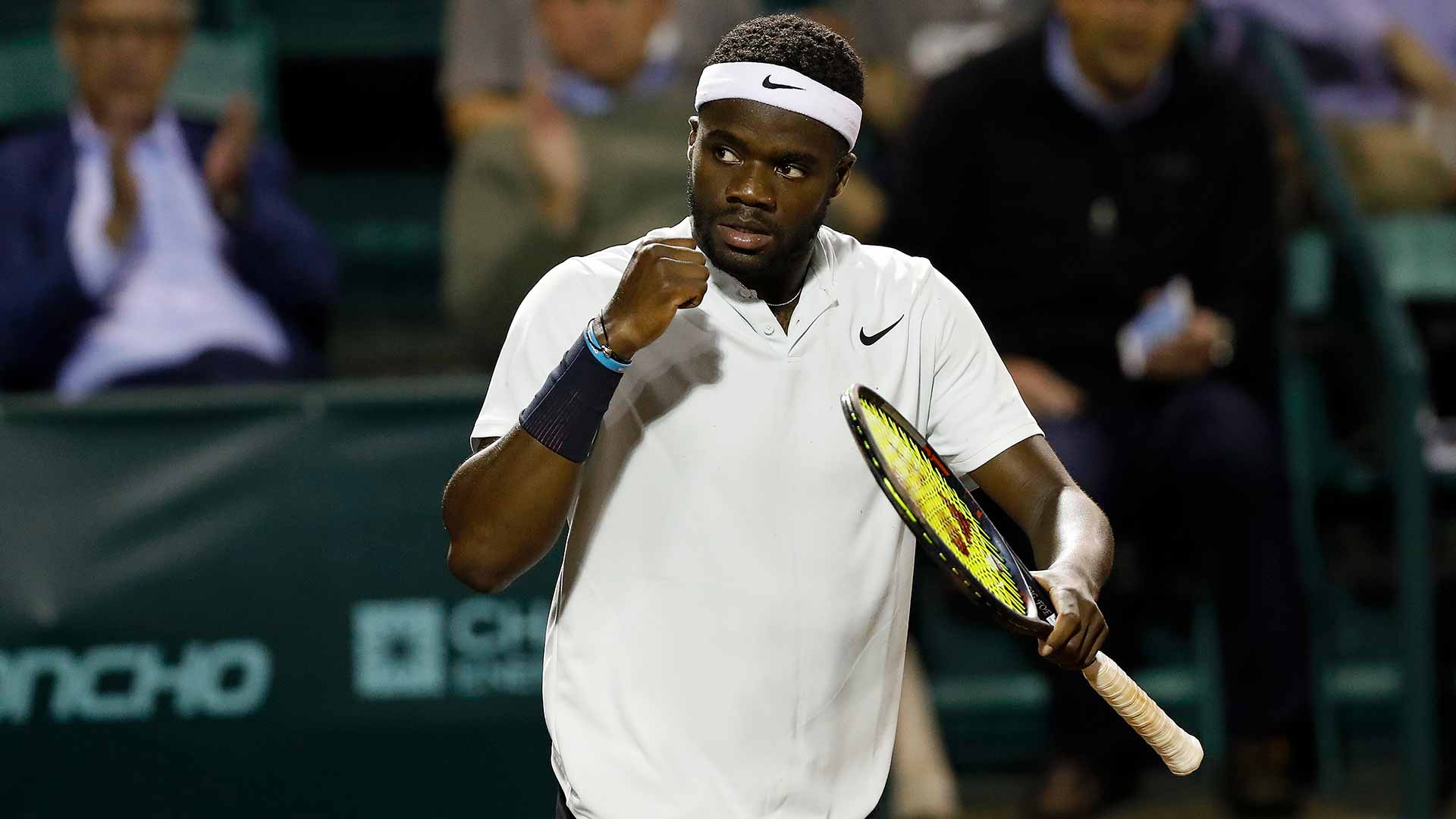 But he was far from the only American who impressed on the opening day of play. #NextGenATP American Frances Tiafoe, who won his maiden ATP World Tour title at the Delray Beach Open, got his clay campaign off to a good start with a straightforward win against wild card Mackenzie McDonald 6-3, 6-3 in 64 minutes.

It is the 20-year-old's first victory in Houston after losing in the first round the past two years. It is also Tiafoe's first tour-level clay-court victory, after losing the first five matches of his career on the surface. But that early record is not indicative of how he feels about clay.

"I really like it. I really enjoy it. Ton of clay courts where I grew up in College Park in Maryland, so I think it's my best surface," Tiafoe said. "I think it's more fun playing [on clay]. You can really see who has intangibles, moving and sliding and playing. But I played really well tonight."

Eighth-seeded American Tennys Sandgren earned his seventh tour-level win of the season (7-7) after winning just twice prior to this year, by defeating Blaz Kavcic 6-2, 6-2 in one hour, four minutes. Another American, Bjorn Fratangelo, was also impressive. The 24-year-old beat Australian Jordan Thompson 6-1, 6-1 in just over an hour to set a second-round match against fourth seed Nick Kyrgios.

Kyrgios Falls In Doubles
Kyrgios, who is making his debut in Houston, partnered compatriot and close friend Matt Reid at the River Oaks Country Club Monday, thrilling the crowd with jaw-dropping forehands and flashy between-the-legs volleys. But veterans Karlovic and Daniel Nestor were too solid in the key moments, ousting the Australians 7-6(6), 6-4 in one hour, 16 minutes.

Nestor, 45, had not played in Houston since 2007. But the Canadian teamed with Mark Knowles to win the title twice previously (2003, 2005) and the pair reached the final once (2007). Karlovic won the singles title at the tournament in 2007, and reached the semi-finals in 2012 with Frank Moser (l. to Blake and Querrey).

Did You Know?
Kudla had played only nine tour-level matches on clay, winning just two (2-7) of those matches. He may face the player whom he beat for one of those victories, Karlovic, in the second round, should the Croatian defeat Taro Daniel Tuesday.