Josh Meiseles
This article contains:
Italian does not drop a set all tournament

To say that Alessandro Giannessi survived the week in Vicenza would be an understatement.

The Italian was the last man standing on Sunday at the Internazionali di Tennis - Citta di Vicenza, celebrating a third ATP Challenger Tour title and first on home soil. Giannessi capped off a near-perfect campaign at the Tennis Palladio 98 with a 7-5, 6-2 win over countryman Filippo Baldi.

Alessandro Giannessi is the champion in Vicenza!

Third #ATPChallenger title for the 🇮🇹, not dropping a set all week. pic.twitter.com/9Pk7veHH3i

While it might have been a flawless week for Giannessi, who did not drop a set from first ball to last, it was anything but for the tournament schedule. With storms moving through northern Italy, play was washed out on Monday and partially completed on Tuesday. And Wednesday was no different. The first round was finally finished on Thursday.

Giannessi was forced to play two matches on Friday to get back on track and he would storm - no pun intended - to the finish line. A 6-4, 7-5 quarter-final win over Marc Polmans was followed by an efficient 6-3, 6-3 victory over fifth seed and 2019 match wins leader Gianluca Mager on Saturday.

On Sunday, under perfect conditions, he earned his first title of the year. He was a dogged defender all week, denying 31 of 35 break points faced in heavy conditions.

The 28-year-old Italian previously lifted the trophy in Szczecin, Poland in 2016 and Banja Luka, Bosnia & Herzegovina last year. Having ascended to a career-high inside the Top 100 two years ago, following a semi-final run at the ATP 250 in Umag, the World No. 164 is looking to return to the club. 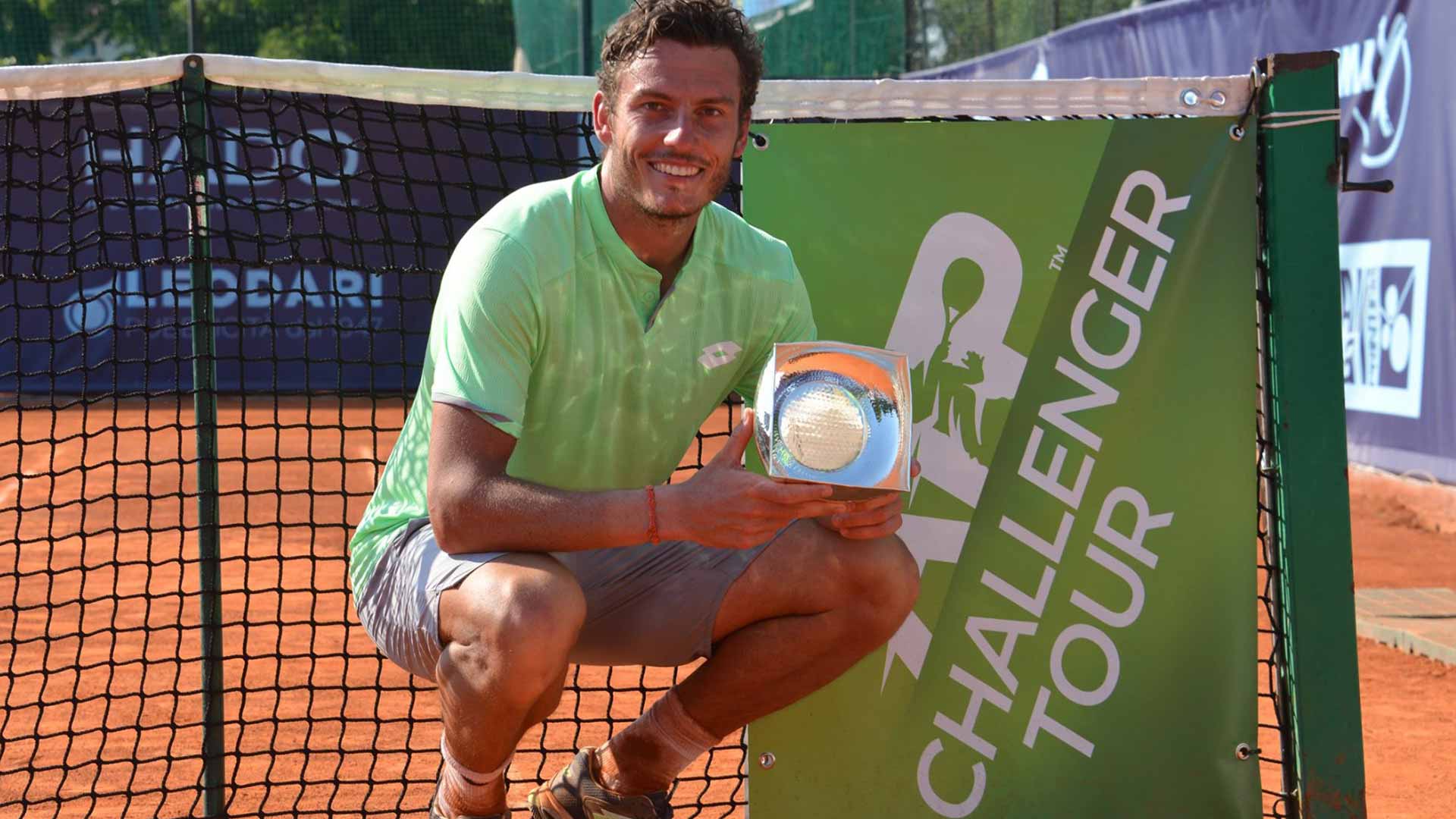