Sebastian Baez and Lorenzo Musetti at the coin toss before their match on Tuesday in Milan.

The One-Minute Countdown: Warming Up In Milan

ATP Staff
This article contains:
Players discuss their thoughts on the quicker warmup

One of the new innovations at this year’s Intesa Sanpaolo Next Gen ATP Finals is a shortened warmup, which has seen volley practice go by the wayside.

Players only have one minute to warm up compared to the typical four minutes. And during the warmups on Tuesday before all four matches at the Allianz Cloud, not one volley was hit.

“It's so fast,” top seed Carlos Alcaraz said. “[You] just play some forehands, backhands and serves. You have to warm up before the match.”

After the one minute allowed for the coin toss and the one-minute warmup, there is another minute before the first ball is to be struck, when players are allowed to return to their chair. However, they are also permitted to continue warming up, so long as they are ready to play when that third minute is up.

For the most part, all eight players used the same strategy. After the one-minute warmup, they hit a couple more serves before returning to their chair. According to Brandon Nakashima, “it was definitely very different at the beginning”.

“I felt like I walked out onto the court and then we were just starting the match right away. The one-minute warmup is definitely different from what we’re used to,” Nakashima said. “We just pretty much hit a few balls down the middle and then took a few serves and then we had to be ready to start. It was a little bit tough at the beginning to find some rhythm, but I was able to get a fast start and find my game quickly.” 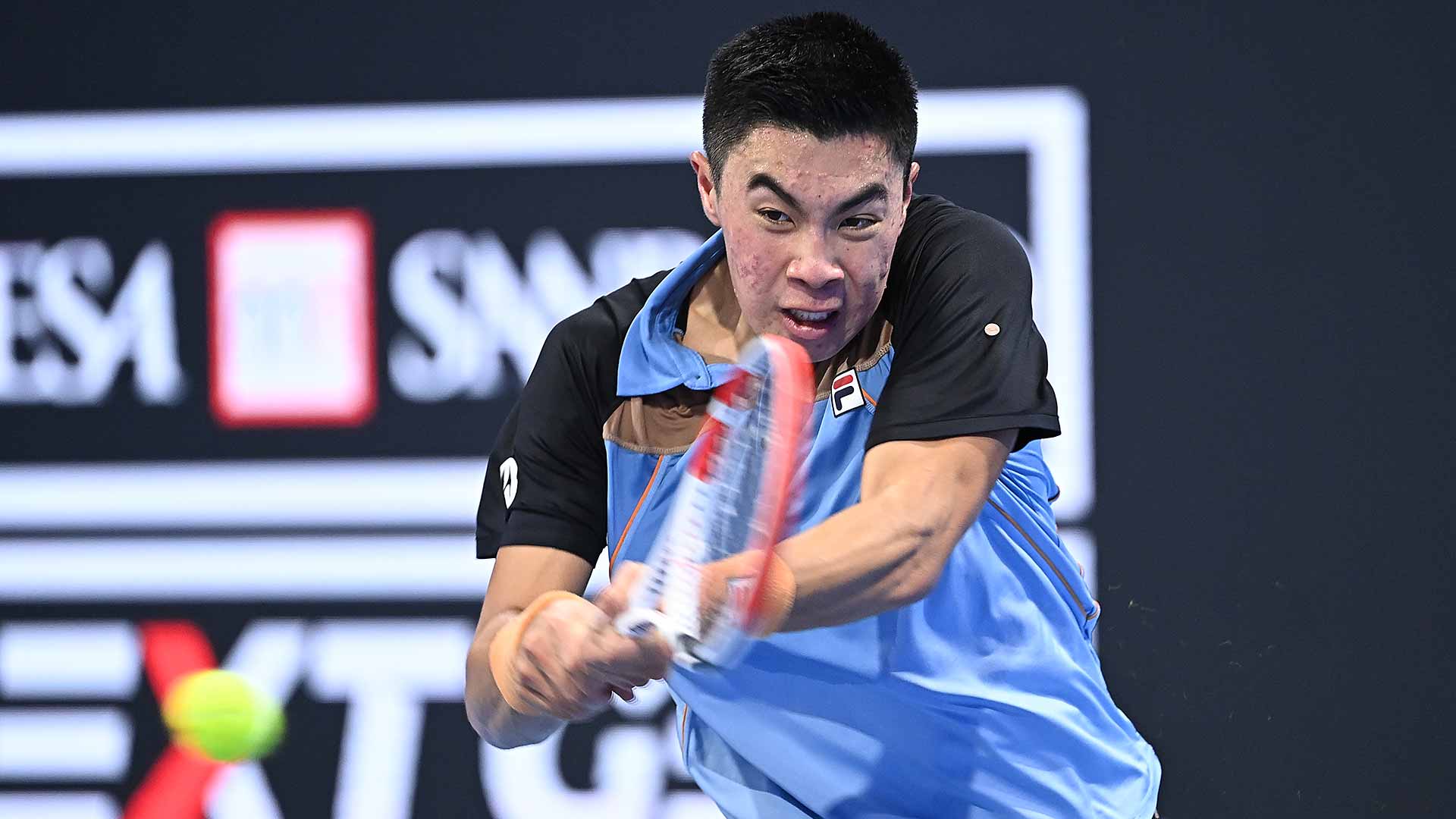 Photo Credit: Peter Staples/ATP Tour
The American, who defeated Argentine Juan Manuel Cerundolo in four sets, added that he did not plan out the warmup before the match.

“When we were out there hitting, we knew we didn’t have that much time, so we just hit a few balls and then served some,” Nakashima said. “We didn’t really talk about it that much before the match at all.”

Cerundolo learned how important it was to be sharp with the quicker warmup. The Argentine, who admitted he struggled to adjust to the change, lost the first set of his match against Nakashima 1-4.

"You have to be ready for it. It's just different because you start the match a bit off rhythm,” Cerundolo said. “In fact, I made three mistakes in the first game.”

The consensus among players was how much of a blur the warmup felt like. If they missed a shot, they did not get much of a chance to find their strokes, knowing they had to rush to serve and get ready for the action to begin.

Argentine Sebastian Baez, who defeated Italian Lorenzo Musetti in the last match of the evening, took the positives: this is even more reason for him to be locked in from the second he steps on the court.