It took them three match points and nearly two hours, but Daniel Nestor and Edouard Roger-Vasselin emerged with the doubles trophy at the Citi Open on Sunday.

"I feel fortunate, considering the conditions," said Nestor, who was treated for heat-related fatigue following the match and did not participate in the trophy presentation. "I'm fortunate the humidity wasn't a factor as much, but the heat was pretty terrible. It was an up-and-down match for both teams. We won a couple more big points than they did."

After falling behind an early mini-break, Nestor and Roger-Vasselin reeled off seven of eight points to close out the first set tie-break 7-3. Kubot and Peya refused to go down without a fight in the second, staving off a match point at 5-3 deuce and another in breaking back at 5-4 deuce. The title bout would move to another tie-break, where Nestor and Roger-Vasselin eventually crossed the finish line after one hour and 48 minutes. 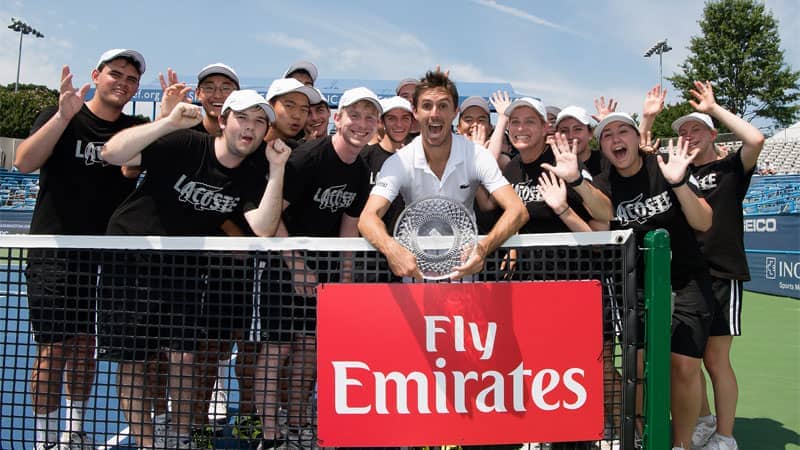 For former World No. 1 Nestor, it was his 90th tour-level doubles crown, remaining in third place on the Open Era titles list. The oldest doubles champion in Washington history, he was appearing in a third straight final on the ATP World Tour (2-1), all with different partners and on different surfaces. The 43 year old triumphed on the grass of Nottingham with Dominic Inglot, followed by a runner-up finish last week on the clay of Hamburg with Aisam-Ul-Haq Qureshi.

Roger-Vasselin, meanwhile, moved to 12-5 in tour-level doubles finals. His first title of the 2016 season came just two weeks after a runner-up finish at Wimbledon, alongside countryman Julien Benneteau.