Nick Kyrgios and Jack Sock are teaming for the second time this season in Washington.

Nick Kyrgios may have changed his partner, but he tasted the same success to extend his winning run on Monday at the Citi Open.

The Australian captured his second tour-level doubles title of the season with countryman Thanasi Kokkinakis in Atlanta at the weekend, but showed little sign of tiredness in his opening match in Washington, teaming with American Jack Sock to reach the second round.

Kyrgios and Sock, who are joining forces for the second time this season, are aiming to clinch their second tour-level title as a team at the ATP 500 event, having won the crown in Lyon in 2018. They will next play Nicolas Mahut and Edouard Roger-Vasselin or Jamie Murray and Bruno Soares.

Blumberg/Kecmanovic March On In Los Cabos
William Blumberg and Miomir Kecmanovic earned a debut win as a team on Monday at the Abierto de Tenis Mifel in Los Cabos, defeating Nathaniel Lammons and Jackson Withrow 3-6, 6-3, 10-8. 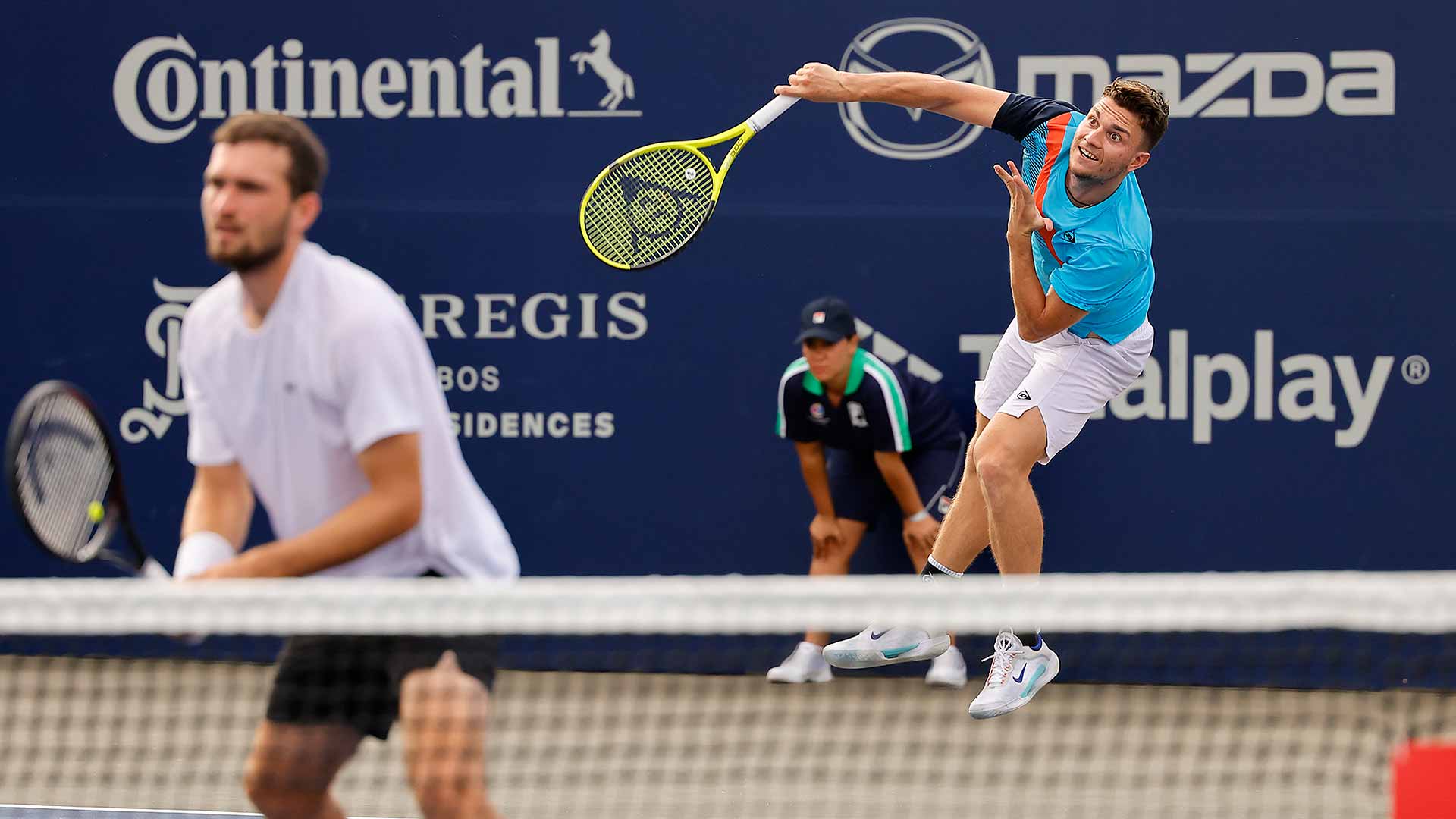 Photo Credit: Mextenis
The American-Serbian duo rallied from 4/6 in the Match Tie-break to book their spot in the second round after 72 minutes. Blumberg is aiming to lift his second tour-level trophy of the year this week, after triumphing with Steve Johnson in Newport last month.

Treat Huey and Johnson overcame Facundo Bagnis and Alex Hernandez 7-6(10), 6-4 in the other match in Mexico. Huey and Johnson saved two set points in the first set before they found the decisive break in the 10th game of the second set to advance.