Stan Wawrinka rallies from a break down late in the third set to beat Alex Bolt on Friday.

Stan Wawrinka rallied from the brink of defeat on Friday to reach the quarter-finals of the Murray River Open. The top seed relied on all his experience to battle past home favourite Alex Bolt 6-4, 4-6, 7-6(5) after two hours and 23 minutes.

Bolt, who once quit tennis and spent time working in construction before resurrecting his career, played aggressive tennis, especially with his laser-like forehand, to take the action to one of the most powerful baseliners on the ATP Tour. But the former World No. 3 remained calm when the Aussie served for the match at 5-4 in the third set to keep his hopes alive.

You May Also Like: Resurfaced: Brick By Brick, Bolt Rebuilds Passion For Tennis

Wawrinka cracked a massive forehand winner down the line to get back on serve. But Bolt never went away, battling into a tie-break. The powerful lefty, who made the third round of the Australian Open in 2019, recovered an early mini-break in the tie-break. But the World No. 174 hooked a critical crosscourt forehand wide at 5/5 to put the Swiss in a winning position. Wawrinka fired a forehand passing shot down the line on match point to seal his victory, shouting "Allez!" to celebrate. 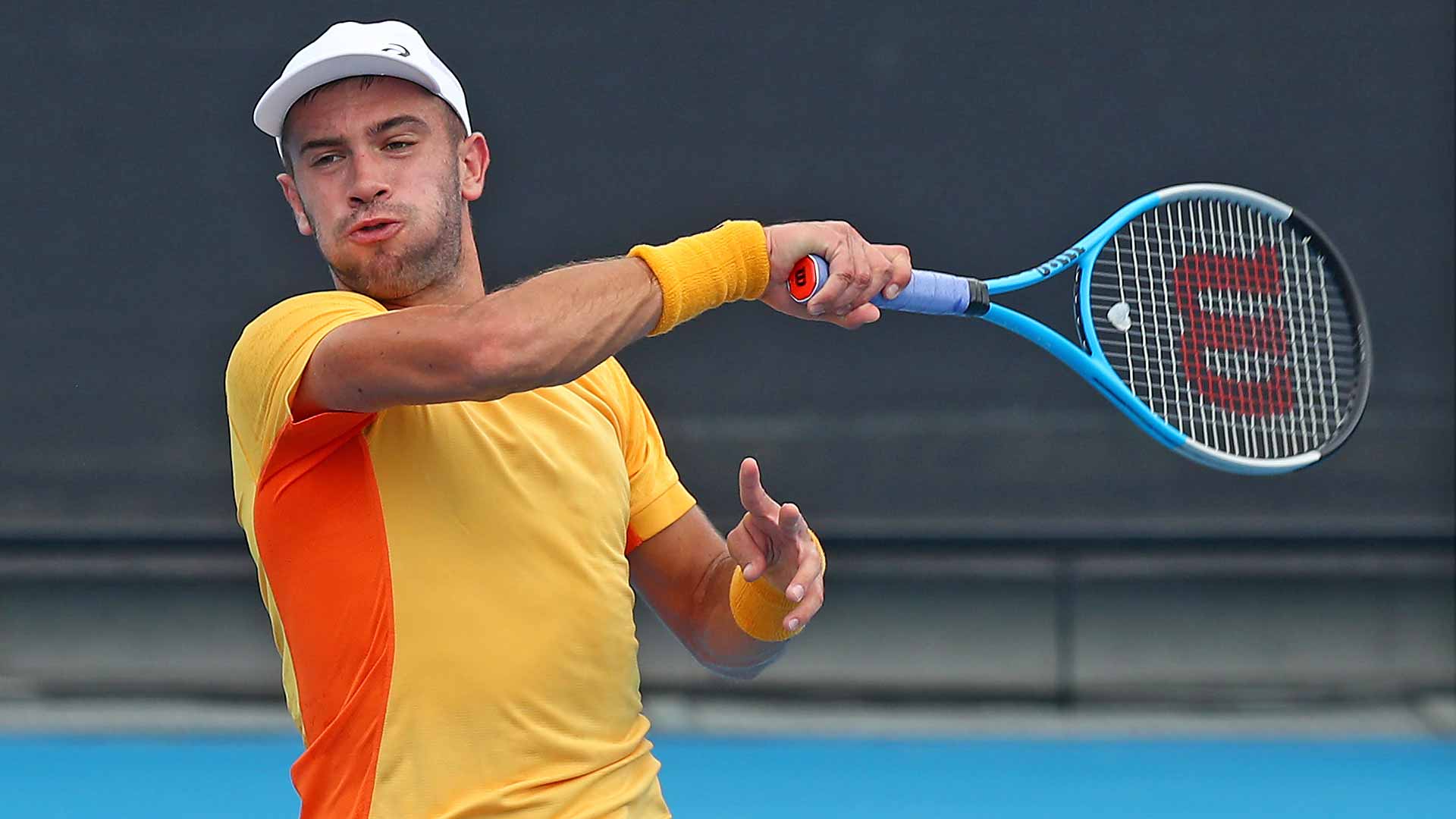 Borna Coric spoiled Nick Kyrgios’ return tournament with a solid 6-3, 6-4 victory in Melbourne. Coric dominated on his own serve, winning 82 per cent of his service points to take a 3-2 lead in the pair’s ATP Head2Head series. The fourth seed hit more aces than one of the biggest servers on the ATP Tour by an 11-9 margin, and he did not face a break point.

Coric will next play eighth seed Daniel Evans, who ousted American Marcos Giron 6-4, 7-6(4). The World No. 25 is pursuing his first title since 2018 Halle and his third tour-level trophy overall.

Kyrgios beat Alexandre Muller and Harry Bourchier to reach the third round. The Aussie was competing for the first time on the ATP Tour since Acapulco last February.

"The conditions were so tough for me. I was struggling to find any rhythm. I served bad. I don't expect anything less from him," Kyrgios said of Coric. "He's a great player. That's why he's an unbelievable player, he brings that consistency every day."

All third-round winners are scheduled to play their quarter-final later in the day on Friday, but heavy rain could force a late finish to get all the matches in.