Stan Wawrinka, the No. 24 seed and 2015 champion, hits 48 winners past Jozef Kovalik on Monday at Roland Garros.

One year ago, former World No. 3 Stan Wawrinka was surprised in the first round at Roland Garros. But the Swiss star did not let history repeat itself on Monday.

Wawrinka defeated Slovakian Jozef Kovalik 6-1, 6-7(3), 6-2, 6-3 in two hours and 22 minutes to reach the second round on the Parisian terre battue for the 12th time. The 24th seed, who captured the title here in 2015 and made the final in 2017, also defeated Kovalik in his first-round match two years ago.

The 34-year-old arrived in France on a three-match losing streak, but Wawrinka has generally moved closer to his best form in 2019 after undergoing two left knee surgeries in August 2017. He made the final in Rotterdam and showed a good clay-court level in Madrid, where he defeated Pierre-Hugues Herbert, Guido Pella and Kei Nishikori to make the quarter-finals.

Wawrinka struck 19 aces against Kovalik, saving all three break points he faced. The Swiss also found success in the forecourt, winning 18 of his 21 net points.

Wawrinka will face a tough test in the second round against Chilean Cristian Garin, who ousted American and New York Open champion Reilly Opelka 7-6(0), 7-5, 7-6(7). Garin began the year with just one match win at an ATP Tour event. But he has captured titles in Houston and Munich, ranking second on the ATP Tour with 20 clay-court victories, trailing only Argentine Guido Pella (21).

"I'm really happy. Reilly's a great player, of course. It was a really tough match," said Garin, whose triumph was his first at a major. "This year has been an amazing year for me, so I'm really happy to be in the second round of Roland Garros." 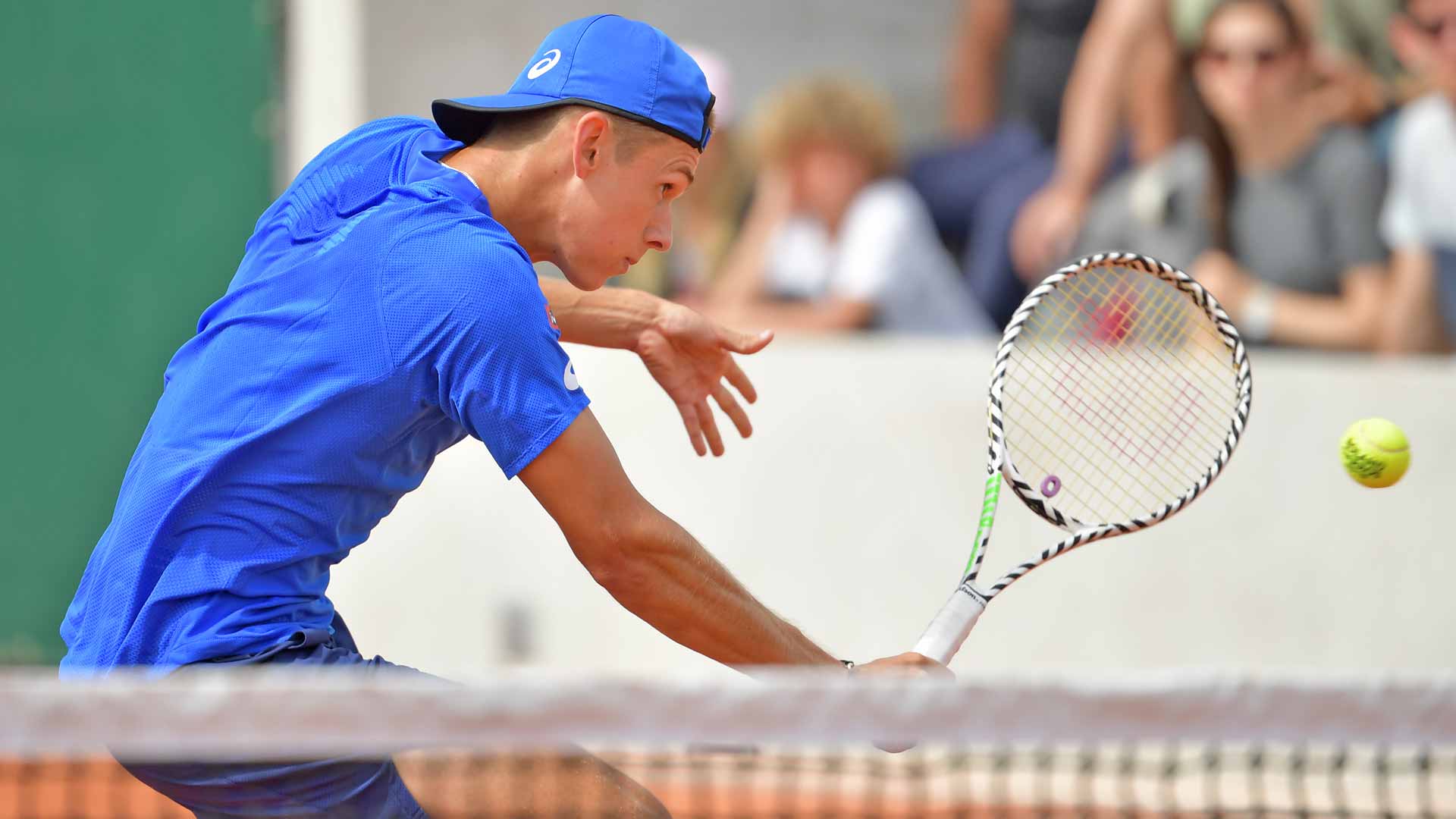 #NextGenATP Aussie Alex de Minaur won his first Roland Garros match on Monday in his third appearance, ousting American Bradley Klahn 6-1, 6-4, 6-4 in one hour and 44 minutes. The 21st seed won 85 per cent of his first-service points, and was successful at the net, winning 19 of 21 points, to snap a five-match losing streak that dated back to February as he struggled with a groin injury.

"To be able to finally sort of end this drought I've been having. It hasn't been easy, and I really felt like I needed a win just for me personally and mentally," said De Minaur. "I did everything that I had to do for the past couple weeks. And things hadn't really gone my way, but it's good to see the results finally get back. And to be back 100 per cent, that's the main thing."

World No. 25 De Minaur is one spot off his career-high ATP Ranking of No. 24. This time last year, he had not yet cracked the Top 100. This January, then 19, De Minaur captured his maiden ATP Tour title at Sydney after reaching two tour-level finals in 2018 (Sydney & Washington).

The Aussie will now challenge 2017 quarter-finalist Pablo Carreno Busta, who hit 42 winners — including nine aces — in a 6-3, 6-1, 6-2 victory over Joao Sousa of Portugal in one hour and 42 minutes.

"He's very tough on clay. It's going to be a battle. But I feel like I have taken that burden off my shoulders of getting that first win, and now I can sort of go in a bit more relaxed and just enjoy myself out there," De Minaur said. "I know it's going to be a very physically demanding match, but very happy with how the body felt out there and how it's going to recover for the following match."

While #NextGenATP De Minaur faced few difficulties in his opener, a fellow 2018 Next Gen ATP Finals qualifier was unable to battle through the first round. Serbian Filip Krajinovic ousted 32nd seed Frances Tiafoe 6-2, 4-6, 6-3, 3-6, 6-0 in two hours and 53 minutes. The 2017 Rolex Paris Masters finalist capitalised on six of his 10 break point chances, while the American only converted two of his 10 opportunities.

Like De Minaur, Krajinovic is through to the second round at Roland Garros for the first time on his third appearance. The 27-year-old, who first competed in the main draw here in 2012, will play Spaniard Roberto Carballes Baena, who beat French qualifier Alexandre Muller 6-4, 6-4, 6-2. 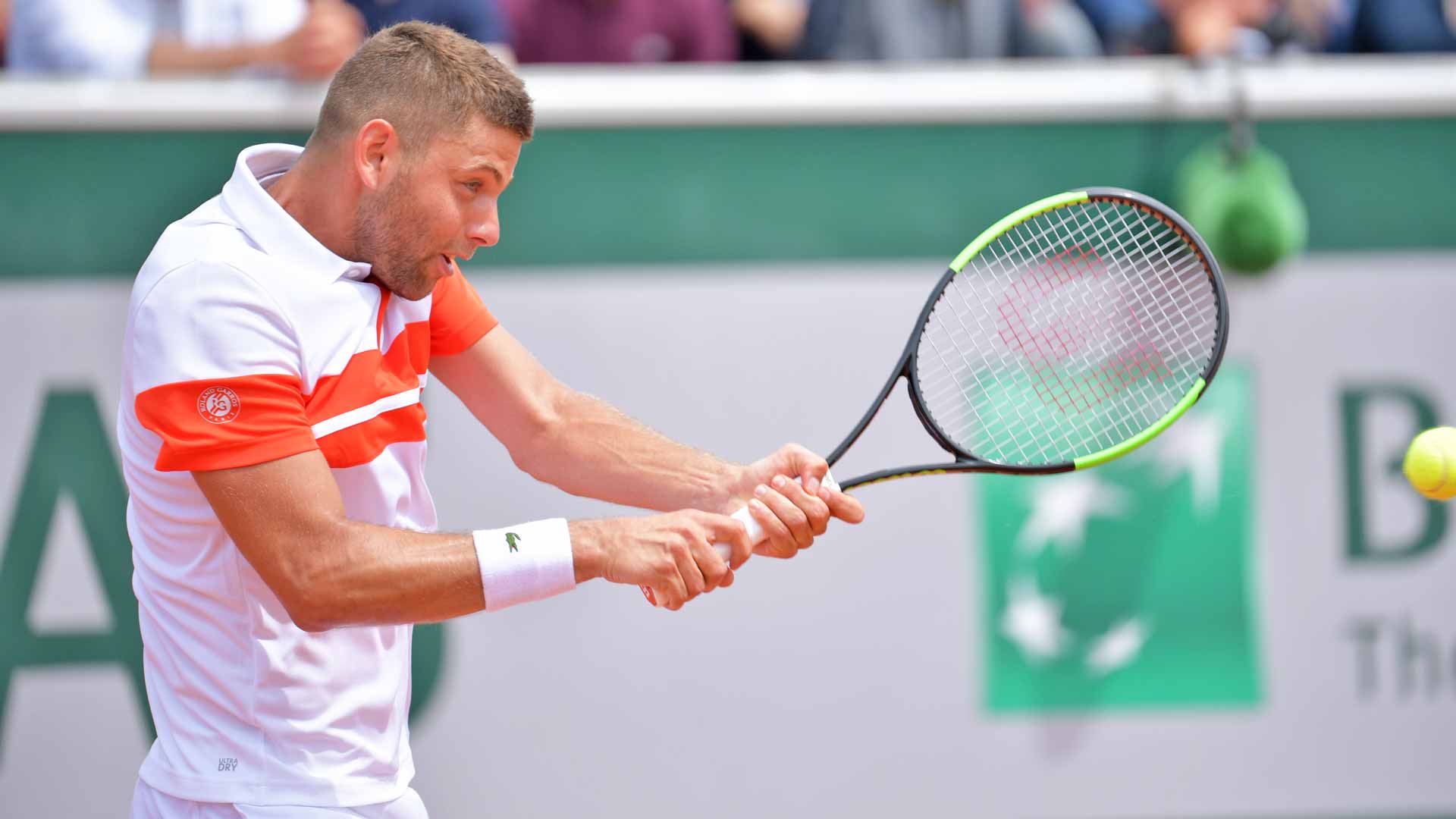